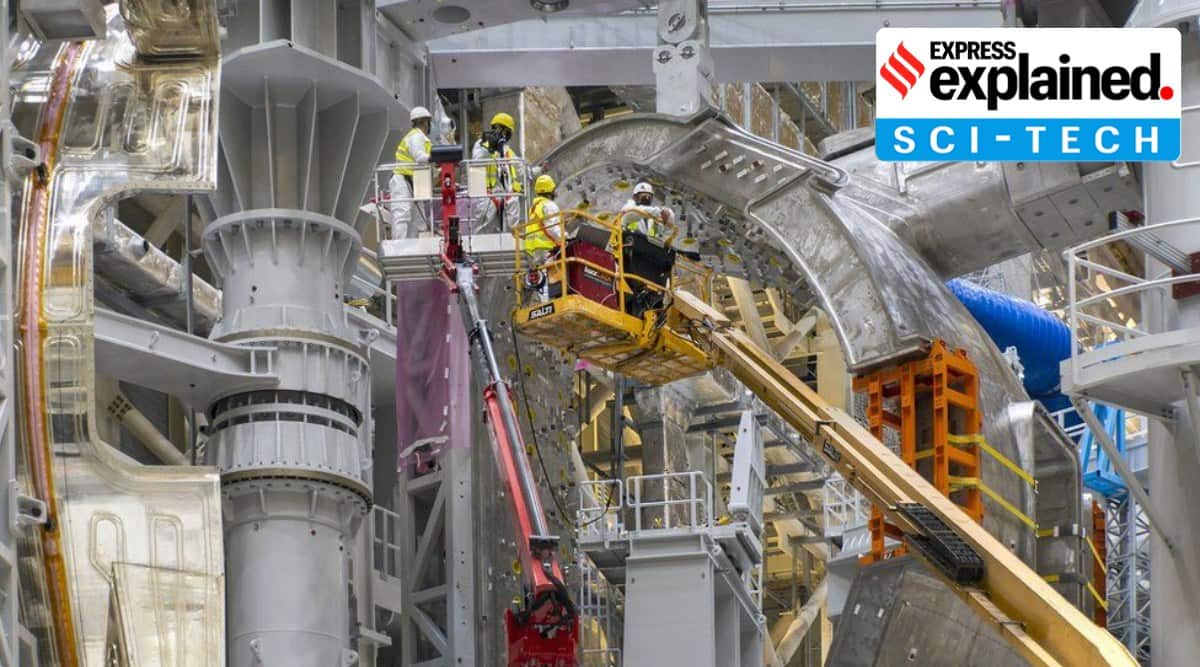 11 MW in 5 sec: breakthrough in nuclear fusion, and why it matters

Scientists in the UK have succeeded in producing the greatest amount of energy yet from a nuclear fusion reaction, the same process that makes the Sun and all other stars shine and emit energy . This result is considered a major breakthrough in ongoing global efforts to produce a nuclear fusion reactor.

All current nuclear reactors are based on the process of fission, in which the nucleus of a heavier atom is split into those of lighter elements in a controlled manner. This process is accompanied by the release of large amounts of energy. Fusion is the opposite process, in which the nuclei of relatively lighter atoms, usually those of hydrogen, are fused together to form the nucleus of a heavier atom.

Much more energy is released in the fusion process than in fission. Fusing atoms of two heavier isotopes of hydrogen – deuterium and tritium – for example, to form a helium nucleus produces four times more energy than is released during the fission of a uranium atom, as we see in our nuclear reactors.

Trying to harness the energy of the fusion reaction is not a new endeavor. Scientists have been striving to build a nuclear fusion reactor for several decades, but the challenges are daunting. Fusion is only possible at very high temperatures, of the order of a few hundred million degrees Celsius, that which exists in the heart of the Sun and stars. Recreating such extreme temperatures is no easy task. The materials that will make up the reactor must also be able to withstand such amounts of heat.

There are several other complications. At such high temperatures, matter only exists in a plasma state, where atoms break down into positive and negative ions due to excessive heat. Plasma, which tends to expand very quickly, is extremely difficult to handle and use.

But the advantages of the fusion reaction are immense. In addition to generating much more energy, fusion produces no carbon emissions, the raw materials are in sufficient quantity, produce much less radioactive waste than fission and are considered much safer.

Over the years, scientists have been able to draw up the plan of a nuclear fusion reactor. It is called ITER (International Thermonuclear Experimental Reactor) and is being built in the south of France with the collaboration of 35 countries, including India which is one of the seven partners, alongside the European Union, States, Russia, Japan, South Korea and China.

Several small-scale fusion reactors are already in use for research. Whoever produced this week’s new energy production record is based at the Culhum Center for Fusion Energy, just outside Oxford in England. During the record experiment, the reactor produced 11 megawatts of energy over a period of five seconds.

Fusion is seen as the future of energy. It is supposed to liberate the world from the perpetual quest for more and more efficient sources of energy. A very small amount of raw material – deuterium and tritium nuclei to begin with – can produce very large amounts of energy in a clean way. It is also seen as an answer to the problem of climate change.

In fact, in its early days, fusion was also seen as an answer to the problem of climate change because it produces zero emissions. The climate crisis, however, has rapidly deteriorated and requires urgent attention, while a practical fusion reactor is still decades away.

Building a fusion reactor was not easy. The ITER project started in 1985 and the deadline for its first experimental campaign has been extended several times. According to the current schedule, it should not be operational until 2035. At present, the reactor is in the machine assembly phase. More than ten million parts, manufactured and tested in the seven member countries, must be transported, assembled and integrated.

However, ITER is only an experimental project. The energy it will produce — about 500 MW — will not be in the form of usable electricity. It will be a technology demonstration machine that will enable the construction of futuristic fusion devices that can operate as normally as today’s fission reactors. The deployment of fusion energy for the production of electricity for our daily needs could take another few decades after the commissioning of ITER.

India joined the ITER project in 2005. The Ahmedabad Plasma Research Institute, a laboratory under the Department of Atomic Energy, is the lead institution from the Indian side participating in the project. As a member country, India is constructing several components of the ITER reactor, while conducting a number of experiments and R&D activities related to the project.