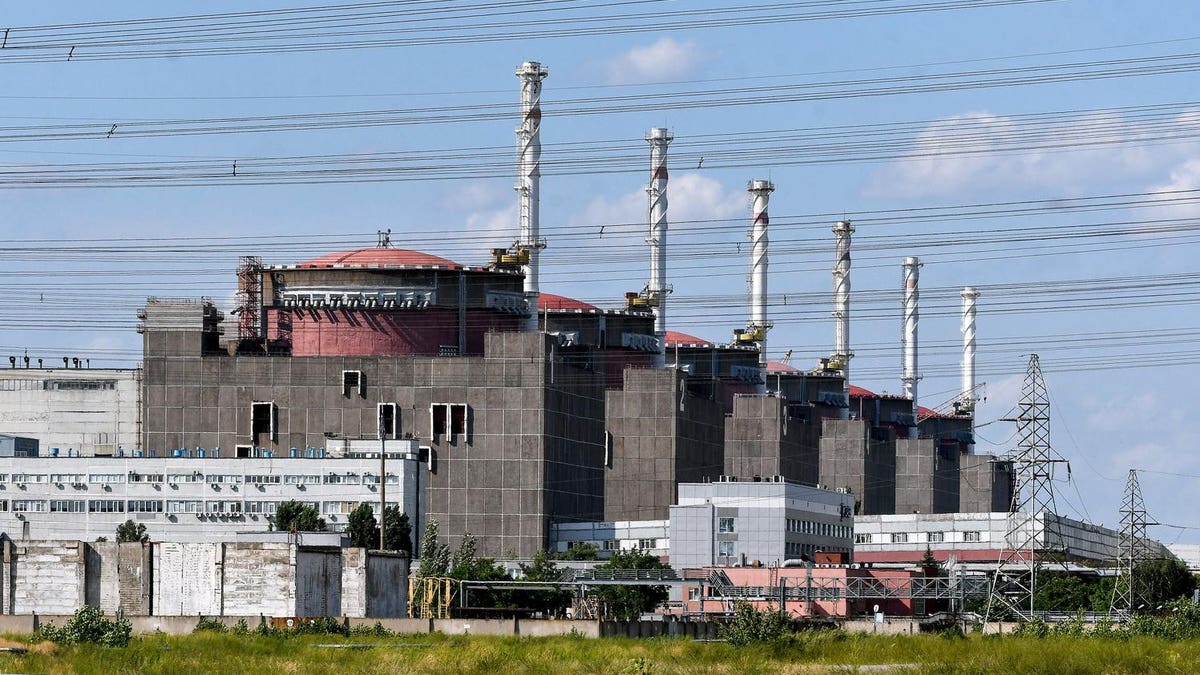 As Russia’s build-up on the Ukrainian border continues, few observers note that an invasion of Ukraine could put nuclear reactors at the forefront of the military conflict. The world underestimates the risk that large-scale, unrestricted conventional warfare could trigger catastrophic reactor failure, triggering an unprecedented regional nuclear emergency.

The world has little experience with reactors in a war zone. Since humanity first exploited the atom, the world has known only two â€œmajorâ€ accidents: Chernobyl and the Fukushima disaster in Japan. A Russian invasion, coupled with a protracted conventional war across Ukraine, could trigger multiple International Atomic Energy Agency â€œlevel 7â€ accidents within days. Such an eventuality would cause a mass exodus of refugees and could render much of Ukraine uninhabitable for decades.

Turning Ukraine into a dystopian landscape, riddled with radioactive exclusion zones, would be an extreme method of obtaining the defensive zone that Russian President Vladimir Putin seems to want. Dealing with a massive West-focused migration crisis and cleaning up the environment would absorb Europe for years. The work would distract from European leaders and empower nativist governments that tend to be aligned with Russia’s lowest interests, giving Russia excessive leeway as the country is on the verge of exhaustion. technological, demographic and financial.

Frankly speaking, the integrity of Ukraine’s nuclear reactors is a strategic issue, critical for both NATO and non-member countries. To cause a serious radiological accident for strategic purposes is unacceptable. A deliberate worsening of an emerging nuclear disaster – preventing mitigation measures or allowing reactors to deliberately melt down and potentially contaminate large areas of Europe – would simply be nuclear war without bombs.

Such a scenario cannot be ruled out. Russia has repeatedly used Ukraine to test “gray zone” war concepts, where an attacker dances just beyond the threshold of open conflict. Given Russia’s apparent interest in nuclear-powered, radiation-spitting cruise missiles, robotic underwater bombs with a payload geared towards radiological fallout, destructive anti-satellite testing, and other nihilistic and harmful weapons in the world, the ongoing rapprochement of Russia with the war of the “gray zone” in Ukraine may, for the rest of Europe, become a real question of estimating radiological “gray” say an estimate of the amount of ionizing radiation absorbed by humans.

When war comes to Zaporizhzhia

If war breaks out, the fight will be near. The Zaporizhzhia nuclear power plant is located just 120 miles from the current “front line” in the Donbass region and sits on the eastern bank of the Dnieper, which is difficult to defend. Geographical hazards aside, the power plant supplies about a quarter of Ukraine’s total electrical energy. Given the importance of electricity, plant managers will be reluctant to shut it down, securing reactors only at the very last second possible. Ukraine’s desperate need for energy only increases the risk of accidents.

Apart from direct combat damage, cybercrimes and other Russian-origin â€œgray zoneâ€ misdeeds could make the plant unmanageable even before the battle arrives at the reactor gates.

Although unlikely, direct bombardment could cause severe damage to reactor containment structures. While the reactor structures themselves are solid, the war at the plant could kill key personnel and destroy command and control structures, surveillance sensors, or critical reactor cooling infrastructure. And, as a functioning plant, reactors are not the only threat. Hazardous used fuel rods are found in vulnerable cooling basins, while older fuel is found in the 167 dry used fuel assemblies at the site.

If the reactors suffer from operating anomalies, crisis management will not take place. The supporting infrastructure necessary for the safe management of reactors will collapse during the conflict. Factory security forces will disappear, operators will flee and, in the event of an accident, mitigation will be impossible.

It seems unlikely that Russia has mobilized trained reactor operators and prepared reactor crisis management teams to take over the “liberated” power plants. The heroic measures that prevented the Chernobyl nuclear accident and the Fukushima nuclear disaster in Japan from becoming much more damaging events simply will not happen in a war zone.

Again, the risks are very high. The world has never faced an unmanaged fusion in a large nuclear power plant. The very real prospect of a protracted and unmitigated incident at a six-reactor power plant in a war zone deserves urgent and immediate consultations across Europe and NATO.

What happens in Zaporizhzhia will not stay there

Nuclear disasters are seldom localized events. When Chernobyl happened, Putin had a job with the KGB in East Germany. He must certainly be remembered that the crash released a stew of dangerous radioactive contaminants into the air, spreading contamination – and fear – across Europe. A dangerous contaminant, cesium-137, has spread thousands of kilometers, although most “fell” from the atmosphere within 200 miles of the affected plant, creating large “no-go” zones in the area. regions of Russia, Ukraine and Belarus.

It would be the same for Zaporizhzhia. If the reactors are damaged in late December or early January, the prevailing winds come from Siberia, and weather conditions are expected to push dangerous levels of cesium-137 and other contaminants directly west. The fallout will contaminate Ukraine’s main waterway, Europe’s breadbasket, and potentially, depending on the types of contamination and weather conditions, compromise drinking water supplies throughout Europe. Of course, nature is an inconstant partner, and if Putin’s invaders trigger an uncontrollable collapse, the winter winds will change, pushing radiation back to the Donbass region and Russia.

Tactically, the radioactive plumes would scare away almost any nearby civilians, degrading Ukrainian defensive efforts. The fallout could even force the shutdown of all three reactors at South Ukraine’s nuclear power plant, just 160 miles downwind, further weakening Ukraine’s electricity supply and defenses.

Nuclear conflict in the gray zone can happen

The world has never known a war threatening active nuclear infrastructures, and world leaders may underestimate the danger that conventional war poses to these powerful and perilous assets.

On the other hand, reckless ‘gray area’ war providers may themselves underestimate the risk, too eager to determine how degraded nuclear infrastructure could serve as a ‘less risky’ substitute for nuclear conflict. .

For them, it is not a nuclear war, but just a series of unfortunate nuclear accidents.