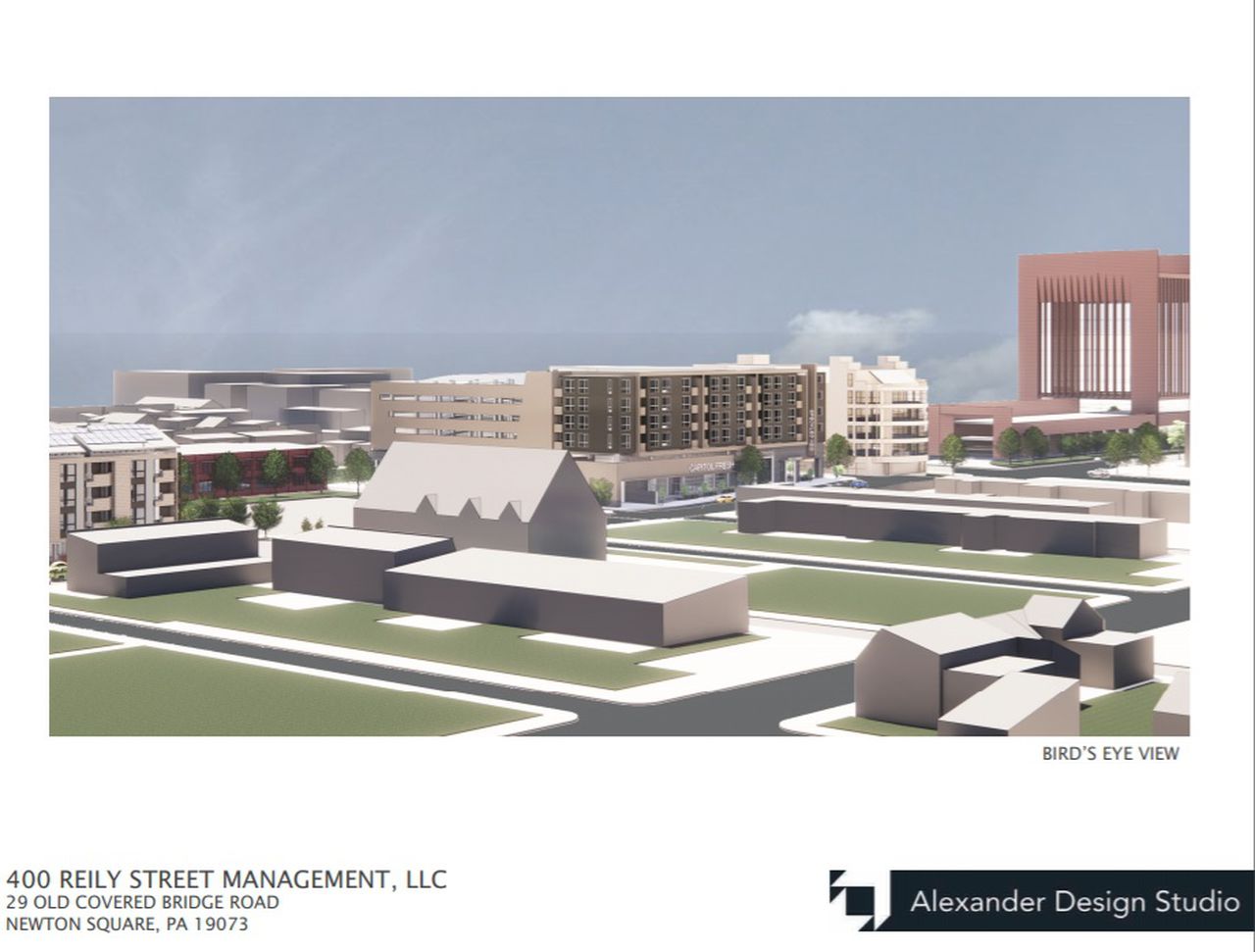 7-story building with parking, restaurant and apartments to be built near the new courthouse in Harrisburg

A new seven-story building is planned on Reily Street in Harrisburg on a 1.01 acre site near the future Federal Courthouse.

KevGar Holdco, owned by Kevin Baird and Gary Nalbandian, and 400 Reily Street Management, plans to develop the building which will include commercial space for a 23,000 square foot grocery store, an 8,000 square foot restaurant and cafe, an office 1,500 square feet; 85 apartments; and a parking garage of approximately 500 spaces.

The grocery store would have an outdoor seating area and bike racks will be installed as part of the project.

The project was presented to the Harrisburg Planning Commission via Zoom on Wednesday evening to request various zoning exemptions from the use and development regulations required for the construction of the development, which were unanimously recommended by the commission.

The Federal Courthouse is currently under construction.

The Harrisburg Housing Authority is also planning to build a new, affordable, five-story, 50-unit apartment building nearby, across from the Lick Tower on Sixth Street.