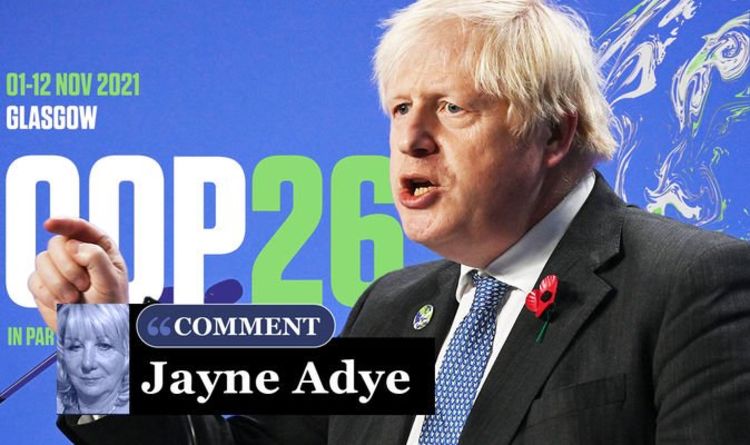 Whether it’s heating our homes, using more public transport, or providing the country with electricity, the government has shown that there is no sector of the economy – or of our lives. – that he is not ready to sacrifice to stimulate his so-called “Green credentials“.

Indeed, instead of taking a quick plane trip, the Prime Minister traveled five hours each way to Glasgow and back on Wednesday, simply to give a press statement at COP26 – which many members of the press have also missed because his timing was shifted. Was the train early to change? I would have thought that the Prime Minister’s time could have been used more efficiently than 10 hours on a train – but of course the Prime Minister intends to swallow us up the COP26 agenda at every opportunity.

One particular area where our green credentials are apparently so important is our energy supply, where the government again appears to have no foresight or coherent plan, other than to swiftly phase out the UK’s traditional fuel sources as quickly as possible. , to achieve climate goals. For example, although it had to rely on UK gas power plants during the recent summer shortage, the government is still determined to shut down power plants in the UK, saying in another emergency we will import simply extra energy from abroad.

Moreover, importing this extra energy in an emergency would make the UK dependent on foreign powers – not only for physical energy resources, but also for the means to get that energy to the UK.

Can we really say for sure that countries like Russia – which supplies a large part of Europe’s gas energy – aren’t just going to raise the price or even reject our demands? Likewise, we’ve already seen President Macron threatening to cut power in the UK and seize COVID-19 vaccines in an emergency scenario.
For my part, I am sure that the “Napoleon aspirant“ The French president would try again something similar in the event of a crisis, because the United Kingdom relies on electric cables which cross France and then under the Channel!

This apparent mad panic to find ways to cut UK emissions and appear “greener“ simply cannot continue in the current way if the government does not want to seriously damage the UK economy in the short and long term.

Why is the government so insistent on trying to keep the UK vulnerable to blackmail from around the world on vital issues like this in the name of ‘cooperation’, instead of putting our own interests first and foremost? to make us more independent where it counts?

I’m not suggesting that the government undo the work that has already been done to move away from fossil fuels like coal, but why are we shutting down national coal and gas-fired power plants (causing unemployment in the process), simply to import more fossil fuels from as far away as China and Australia at great expense?

We would be much better served by keeping some of these plants open, while also focusing on newer technologies like hydrogen and nuclear power – including pushing for nuclear fusion reactors, which would revolutionize our future by providing an almost unlimited supply of â€œcleanâ€ energy. .

Focusing on nuclear and hydrogen would allow us to build these power plants in the UK, reducing our dependence on foreign powers for key energy supplies and strengthening the reputation of the UK science sector in the process, these energy sources would provide real long-term energy sources and reliable means of delivering electricity to our country, as opposed to the current capricious renewable energy sources like solar and wind power.

Government support for JCB’s hydrogen vehicle and Rolls Royce’s proposals for mini nuclear reactors is a start, but the government’s investment amounts to less than Â£ 600million – a simple change from the investment the government has made in other projects under the Net-Zero agenda, which has reached billions – with many more to come.

This government has focused particularly on achieving a low national carbon dioxide score from advocates of “climate change” – whatever the cost. Instead, what should happen is for the government to put the interests of this country first and adopt a policy that will ensure a high level of energy independence, as well as affordable prices for the people of this country. .

It’s time for Prime Minister Boris Johnson to make more of all his time spent on train travel, advocating for a more thoughtful approach with a truly effective strategy, focusing on innovation and security for our future by as an independent sovereign nation.