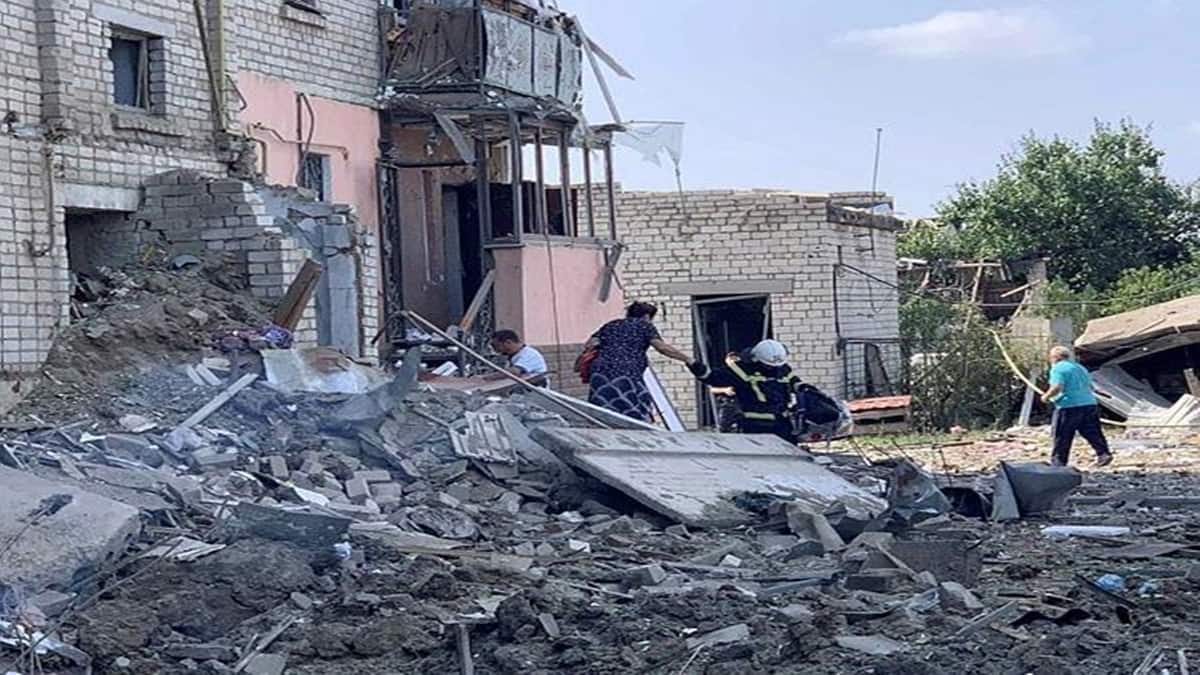 After six months of Russian-Ukrainian war, the parties are trying to inflict greater pain on the adversary, at the cost of Own!

Talks are nowhere in sight. The content of proxy warfare in ongoing hybrid warfare is increasing as war fatigue slows the tempo of conventional ground operations. Ukraine escalated the strike with a newly inducted arsenal supplied by the United States, as well as clandestine proxy operations. Russia is also sucked into a protracted attrition war and is progressing extremely slowly after pulverizing targets to minimize its casualties. The war enters a deadly phase with the nuclear hangover, with both sides blaming each other for targeting the Zaporizhzhia nuclear power plant and the UNSC finding it difficult to control.

Strategic issues/constraints of the parties to the Russia-Ukraine war

The war makes everyone vulnerable to inflationary pressures, triggering an unprecedented energy catastrophe, having doubled the numbers of the world’s food insecure population due to acute food shortages. While kinetic, contact, and hybrid warfare is ongoing between Russia and Ukraine, the US-led NATO is also waging non-kinetic, non-contact, and undeclared warfare in economics, information, diplomatic and political, against Russia, which makes them de facto parties to the conflict. This conflict will have no winner. Who will lose the least will be the object of the competition.

Russia can claim to have made significant territorial gains by capturing about 20% of Ukrainian lands, but with an extremely high casualty rate and unprecedented financial pressure, being the most sanctioned nation. It has yet to achieve its strategic goal of liberating the entire Donbass region, with Ukraine still holding out in parts of Donetsk. Russia has not landlocked Ukraine yet as its port of Odessa continues to operate and grain exports continue, albeit under global/UN supervision. Russia could end up with the extension of the direct land border with NATO by more than 1,000 km if Finland joins it and becomes a junior partner of China, which it has dominated for much of the story. It also continues to face ranged attacks from Ukraine’s recently acquired long-range capabilities, including drones and covert raids by special forces and non-state actors, including explosions in Crimea and targeted assassinations. like that of Daria Dugina, daughter of Putin’s assistant.

Russia realizes its limits in the field of economic, diplomatic, informational and political warfare; therefore, it is likely that he will continue to achieve the desired end state in Ukraine by making more physical gains on the ground and retaining those that already exist by establishing a user-friendly governance structure, in order to achieve better negotiating position on the negotiating table to have the sanctions lifted.

Ukraine on the occasion of its 31st Independence Day finds itself stripped of 20% of the territory of what it had when it became independent, struggling to celebrate it. He is left with devastated townships, over nine million refugees, heavy casualties, the surrender of his overrated Azov regiments, and a fashionable democracy under martial law. While the military aid and arsenal of the US-led NATO can increase its combat power to launch ranged attacks, but regaining lost ground from the Russians is going to be extremely difficult, because they will use areas built to defend their gains from the way they were used by Ukrainian troops. Aid worth $56 billion from the United States and $16.4 billion from the EU to continue the bloody war will not buy peace for Ukraine, but it could bring about change significant of its territorial configuration, a proxy war and a long-term Russian threat. President Zelensky knows that neither he will get the NATO seat, nor the Western narrative and information war that makes him a hero and an outright winner is lasting, but he has no other choice but to continue the war for its survival and continued aid.

The United States could gain in arms, energy sales and post-war contracts, and could justify a recent additional $3 billion in aid to pursue its ambition to weaken Russia in order to ward off its potential challenger. in Europe, but its greatest strategic loss is Russia-China-Iran together in a strategic partnership, closer than ever, a challenge too big for Washington. This could be the beginning of the US decline and quest for alternative global/local financial systems, undermining its grip on the current global financial system. The UK being the second largest user of the yuan outside of China is something to ponder.

NATO, encouraged by Russia’s soft response to Finland’s and Sweden’s bid for NATO membership, is keen to add both with strong armies, to secure its northern flank for a better posture. long-term collective security. It also makes sense in the context of Sino-Russian footprints in the Arctic region and the North Atlantic Ocean. His eagerness to prolong the war to weaken Russia continues. To this end, it has shown itself ready to sacrifice some of its energy and economic interests, but the disagreement over long-term energy security may not be easy to manage, once the rhetoric of united NATO begins to fade with economic fatigue, energy deficit, cold winters, protests and frustration, as the Russians tighten the gas pipeline taps.

It is too early to predict how long this unified show of force will continue, as war certainly does not make Europe more peaceful, with millions of refugees mingling with activated mercenaries and a longer border with belligerent Russia, which will reorganize itself by learning from its miscalculations. The EU will have to spend more on its defence, with some sovereign choices held hostage by the US, to counter hostile Russia.

Western narrative and rhetoric notwithstanding, Ukraine may not regain significant territory, but ranged attacks, proxy warfare, covert operations with some ground operations to cause Russian casualties will continue in the next few days, which will lead to an equivalent Russian response, if not more. The shelling near the Zaporizhzhia nuclear power plant, Europe’s largest nuclear power plant, poses a major risk of nuclear contamination and neither side wants to back down, especially after the alleged attack on the Crimean airbase.

In the great power dispute in Ukraine, the overall need is for this war to stop, but the possibilities for talks are remote, as Russia has yet to achieve its strategic objective on the ground, which is crucial in constraining the NATO to lift sanctions. On the other hand, the US-led NATO has no way to subdue Putin, so it finds weakening Russia through an ongoing proxy war, without the burden of body bags, to be the most convenient option. This is especially true when Zelensky is prepared to pursue this course of action because he is aware that he will lose his position of power without the help of the United States.

Maj Gen SB Asthana is a veteran of the Infantry Gegeneral with 45 years of experience, held key positions in the army and the UN. Television commentator, speaker in various strategic forums, military, United Nations organizations, think tanks and universities.