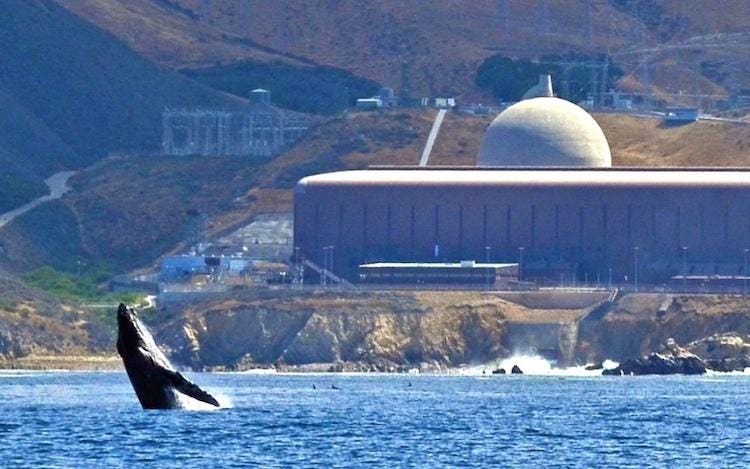 The passage of the Infrastructure Investment and Jobs Act last Monday had good things for nuclear energy. The global bill is $ 1.2 trillion for everything from bridges and roads to broadband systems, water and energy across the country.

Nuclear got around $ 25 billion, broken down as follows:

Since clean energy is defined in this bill to include advanced nuclear, it could help nuclear in other ways as well. Investment plans in the bill range from over $ 7 billion for the battery supply chain to $ 3.5 billion for a weatherization assistance program. $ 11 billion would be invested in grants to states, tribes and utilities to strengthen the resilience of the power grid against events such as cyber attacks and extreme weather, an area in which nuclear excels.

While the focus is on new and advanced reactors, much like ARDP, there is one critical component that typically lacks attention – the fuel.

Natural uranium contains only 0.7% uranium-235 (U-235), which divides easily. The rest is U-238, which is not. The fuel must be enriched to about 5% U-235 in order to maintain a continuous chain reaction in most nuclear reactors. The exception is CANDU (Canada Deuterium Uranium) / PHWR (Pressurized Heavy Water Reactor), such as Pickering pictured below, which use natural uranium and heavy water (D2O – deuterium is hydrogen with a neutron in its nucleus).

However, it has long been known that higher levels of U-235 enrichment will provide more energy per fuel mass, extend reactor core life, allow smaller plants, and result in higher burnup. high for nuclear waste.

The current global fleet of light water reactors (LWRs) uses fuel enriched to about 5% U-235. But many advanced reactor concepts require HALEU, which is enriched to a higher degree – between 5% and 20%. CANDU / PHWR reactors can particularly benefit from HALEU.

Enrichment above 20% is considered highly enriched for use in military applications and not acceptable for international civilian applications.

But we don’t produce a lot of HALEU in America. Earlier this year, two former U.S. government officials, Ambassador Thomas Graham, Jr. and Admiral Richard Mies, published an article in the Atlantic Council on the need for the U.S. government to ensure an adequate supply of HALEU to allow new generation reactors to be deployed within a reasonable timeframe. Numbers.

Some companies have gained momentum. Centrus Energy Corp has signed non-binding letters of intent with various companies to cooperate in the deployment of a high dosage low enriched uranium production facility to support the commercialization of advanced fission plants and existing designs. The company says it is committed to working to establish a strong domestic production capacity of HALEU.

But as exciting as the new ARDP funding is, it is unlikely that commercially available, cost-effective and scalable reactors will be built in large numbers before 2035. Therefore, they will not generate the early demand signal needed for HALEU production. which will initiate production of sufficient quantities of HALEU in America to sustain them when they do. Businesses may be forced to look to Russia and elsewhere, which is contrary to the intent of this bill and the concept of building back better.

Since one of the main purposes of the bill is to encourage and support manufacturing in America, both for home use and for export, what is needed now, both as a police Insurance and to have as many viable alternatives as possible is to look for existing reactors around the world that can use alternative fuels that incorporate HALEU and that have the potential to achieve significant benefits now.

One of these reactors are the CANDU / PHWR reactors which can particularly benefit from HALEU. It doesn’t matter if they are in other countries like Canada. And one of those innovative fuel designs using HALEU comes from the American company Clean Core Thorium Energy (Clean Core). Their fuel, called Advanced Nuclear Energy for Enriched Life, or ANEEL, combines thorium (Th) and low enriched uranium (HALEU) to combat costs, proliferation and waste. There is no reprocessing involved with this fuel.

Clean Core is already in partnership with the United States Department of Energy (DOE), Idaho National Laboratory (INL) and the Nuclear Engineering & Science Center of Texas A&M to develop and qualify ANEEL fuel. This fuel, being made in America, positions it as a prime candidate for export to Canada and India, and to emerging nuclear markets where CANDU reactors are ideal, which the Departments of State and the ‘Energy appreciate.

Clean Core plans to bring this technology to market by the end of 2024. HALEU fuel would be made in America and exported, exactly what the Infrastructure Investment and Jobs Act is supposed to encourage.

It would be a quick victory for the bill, for America, and for nuclear.