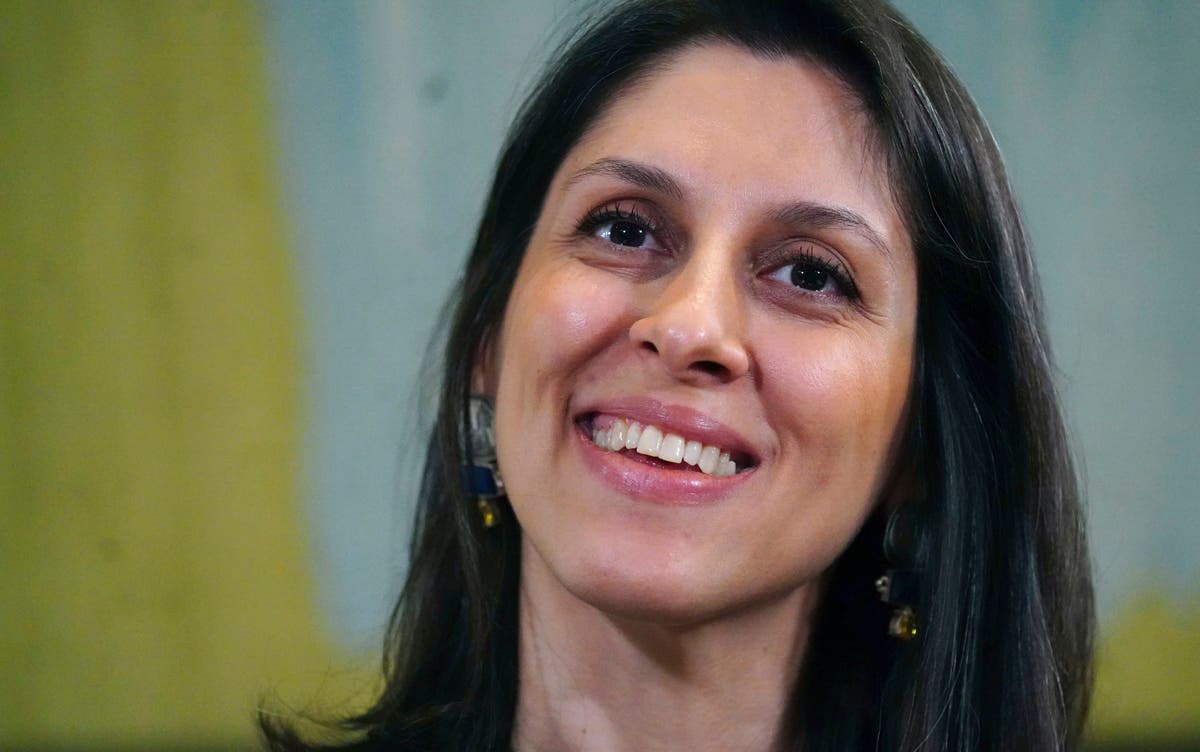 The Metropolitan Police have started questioning key witnesses in the inquiry into Parliament’s alleged Covid-19 breaches, it announced on Monday.

So far, more than 100 questionnaires have been sent out, all being assessed individually, as part of Operation Hillman, with further questionnaires sent out based on responses already given.

The questionnaires give witnesses the “opportunity to account for their involvement,” the Met said in a statement. No fine has yet been imposed.

Meanwhile Nazanin Zaghari-Ratcliffe, who spoke publicly for the first time after returning to the UK on Monday, said her reunion with her husband and daughter had been “precious” and “glorious”, but that his release from detention in Iran should have occurred six years ago.

Referring to her husband thanking the government moments earlier, she said: ‘I don’t really agree with him on that level.

The Prime Minister’s official spokesman said negotiations for their return had been “extremely complicated” and Ms Zaghari-Ratcliffe’s return had been a priority for successive foreign ministers, while Labor MP Tulip Siddiq called for an investigation into the case.

Condemning the “heinous attacks” by the Russian invaders “against innocent civilians” in Mariupol, the Prime Minister also requested the Ukrainian leader’s latest assessment of the country’s military needs.

The Prime Minister also expressed his admiration for Ukraine’s bravery by affirming its commitment to intensify “military, economic and diplomatic support” in order to help end this terrible conflict.

Liz Truss has condemned the ‘kidnapping and deportation’ of Ukrainians from the besieged city of Mariupol, following a claim by a Ukrainian MP that residents were being forced to move to ‘remote areas of Russia’ “to work in slave-like conditions.

The Foreign Secretary tweeted that she was “appalled” by the reports as she pledged to hold Russian President Vladimir Putin accountable for his treatment of civilians during the invasion.

Mariupol is in the grip of a humanitarian crisis after being surrounded by Russian troops and cut off from energy, food and water supplies amid relentless shelling for several weeks.

“I am appalled by Russian atrocities in Mariupol, including attacks on schools housing civilians and the kidnapping and deportation of Ukrainians,” Ms Truss tweeted. “Putin is resorting to desperate measures because he is not achieving his goals. Putin and his regime will be held to account.”

Earlier, speaking to Times Radio, Ukrainian MP Inna Sovsun said she had received information from the port mayor that citizens were indeed being “relocated” by Moscow, following “the logic of Nazi Germany”.

Prime Minister Boris Johnson is expected to hold a meeting on removing barriers to boosting the UK’s nuclear power output, Number 10 has announced.

Mr Johnson will chair a roundtable of nuclear industry leaders in Downing Street to discuss national nuclear plans as he prepares to publish his energy security strategy this month.

As he seeks to wean Britain off its reliance on Russian oil and gas following Moscow’s invasion of Ukraine, Mr Johnson has argued that investing in nuclear power national renewable energy could be the key to establishing a self-sufficient energy policy.

Calls have been made for the Prime Minister to be excluded from next week’s European Council meeting, where Mr Johnson hopes to join EU leaders to discuss the Ukraine crisis with US President Joe Biden.

Addressing the Conservatives’ Spring Conference in Blackpool on Saturday, Mr Johnson said the world was facing a moment of choice between ‘freedom and oppression’ and criticized those who believe there is a need to ‘make compromise with tyranny”.

Read this report by Andrew Woodcock.

Rishi Sunak distanced himself from Boris Johnson’s comparison between the war in Ukraine and Brexit, saying the two situations are “not directly analogous”.

In an awkward exchange on Sky News Sophy Ridge Sundaythe Chancellor declined to repeat the parallel drawn by the Prime Minister, insisting that Mr Johnson himself had no intention of making a direct comparison.

The Ukraine crisis shows Boris Johnson must drop his opposition to a defense pact with the EU to allow the UK to rapidly deploy forces to Europe, a Conservative group has said.

As a first step, he argues that the prime minister should buy into his military mobility plan, to cut bureaucracy preventing the rapid movement of military personnel and resources.

Shadow Chancellor Rachel Reeves said Labor would not oppose the move, which was demanded by a group of 50 Tory MPs to ease the cost of living crisis hitting millions of families.

Days before his crucial spring statement, Mr Sunak hinted he was ready to help families with skyrocketing bills, but admitted: “I can’t solve all the problems”.

The Chancellor urged voters not to be ‘frightened’ by the looming cost of living crisis and promised: ‘Where we can make a difference, of course we will.’

But he appeared to acknowledge that whatever package he delivers won’t be enough to cushion the blow of historic spikes in the cost of gas, heat and other essentials, telling voters: ‘It won’t be easy.”

Read the details of this report in Andrew Woodcock.

Anti-poverty campaigners have warned that the war in Ukraine is stretching the UK’s foreign aid budget “to breaking point”.

ONE campaign researchers said the Russian invasion had destroyed the government’s justification for cutting aid spending from 0.7% to 0.5% of gross national income in 2020.

The non-profit group has asked Chancellor Rishi Sunak to bring forward the planned restoration of the 0.7% figure, warning that failure to do so would mean vital programs will be pulled from some of the world’s poorest countries.

The Ukrainian war means the UK will no longer be able to meet its strategic priorities and international obligations on a reduced budget, he added.

Read the details in this exclusive from our political editor Andrew Woodcock.

The TUC has called on MPs from all parties to support the emergency motion, which would also ban the controversial practice of ‘fire and rehire’.

Chancellor Rishi Sunak confirmed a review is underway of all government contracts with the company, whose decision to replace long-serving staff with cheaper agency staff he called “appalling”.

The unions, which will stage a protest outside Parliament on Monday, said new crew members on board the ships were likely to end up with a “poverty allowance” well below the minimum wage.