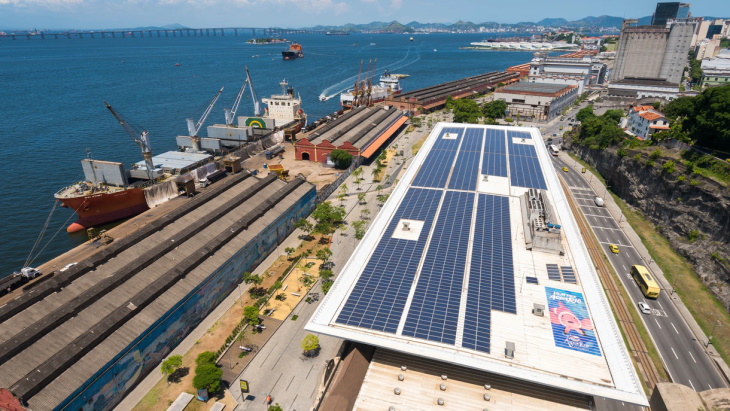 Clean energy must be an investment priority: AIE: Energy & Environment

Annual investment in clean energy in emerging and developing economies will need to increase sevenfold by 2030 if the world is to achieve net zero emissions by 2050, according to a new report from the International energy. Financing clean energy transitions in emerging and developing economies is a collaboration between the IEA, the World Bank and the World Economic Forum.

The cover of the IEA report (Image: AIE)

The emerging and developing countries – or EMDE – which are the subject of the report represent more than two-thirds of the world population and are responsible for more than 90% of the increase in global emissions, yet only represent around 20 % of global emissions. investments in clean energy, IEA Executive Director Fatih Birol said yesterday at the launch of the report. Energy-related carbon dioxide emissions from these economies – which are mainly found in Asia, Africa and Latin America – are expected to increase by 5 billion tonnes over the next two decades, according to the report, but a ” Massive increase in investment in clean energy in the developing world “could put emissions on another path.

“In many emerging and developing economies, emissions are rising as investments in clean energy falter, creating a dangerous fault line in global efforts to meet sustainable climate and energy goals,” said Birol. “Countries don’t start this journey from the same place – many don’t have access to the funds they need to move quickly to a healthier, more prosperous energy future – and the damaging effects of the COVID-19 crisis are lasting longer. long in many parts of the developing world. “

Transforming the electricity sector and increasing investment in the efficient use of clean electricity are key pillars of sustainable development, according to the report. Electricity consumption in emerging and developing economies is expected to grow about three times faster than in advanced economies.

The report refers to three of the IEA’s forward-looking climate-focused scenarios: Net Zero Emissions by 2050 (NZE), according to which the global energy sector is to achieve net zero CO2 emissions by 2050, advanced economies reaching zero net emissions ahead of others; Sustainable Development Scenario (SDS), whereby advanced economies will reach net zero emissions by 2050 and all EMDEs by 2070 at the latest, limiting temperature rise to 1.65 degrees Celsius; and the Stated Policy Scenario (STEPS), which operates from policy parameters and constraints, including the effects of the Covid-19 pandemic, which are already in place.

In these IEA scenarios, renewable energy is expected to account for more than 90% of the generation capacity added over the next decade in EMDEs, the report says. However, clean and distributable energy is also essential to integrate the “great quantity” of wind and solar energy. The main sources of low-carbon distributable energy are nuclear, hydroelectricity, bioenergy and geothermal energy.

“A major catalyst is needed to make the 2020s the decade of transformative investments in clean energy,” said Birol. “The international system lacks a clear, unified focus on financing emissions reductions and clean energy – especially in emerging and developing economies. … Our report is a global call to action – especially for those who have the wealth, resources and expertise to make a difference. – and suggests priority actions that can be taken now to get things done quickly. “

Demetrios Papathanasiou, Global Director of Energy and Extractive Industries at the World Bank, said: “As we expand access to energy, we also need a global transition to low-emission energy. carbon. It is essential to develop solutions that make energy systems more resilient to climate change. and other crises. With the right policies and investments, countries can achieve sustainable economic growth and reduce poverty without degrading the environment or increasing inequalities. The broader financial sector can and must play a key role in achieving the goals of the Paris Agreement by mobilizing capital for green and low-carbon investments, while controlling climate risks. “