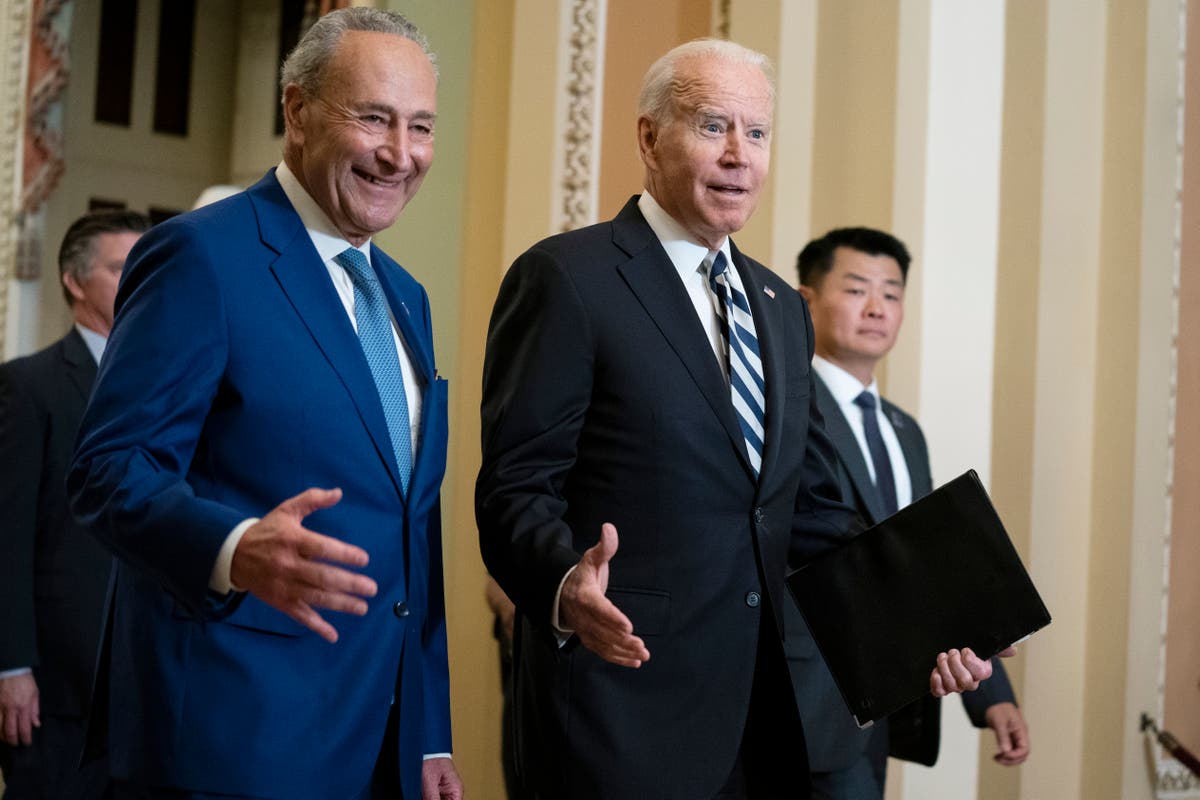 Environmental groups hailed a sweeping $ 3.5 trillion domestic spending plan announced by Democrats, saying it would make “transformational investments” in clean energy and jobs and put the nation on a downward path. greenhouse gas emissions of at least 50% by 2030. The plan would also move the country towards a carbon-free power grid by 2035, with 100% of US electricity powered by the solar, wind, nuclear and other clean energy sources.

But with few details released and narrow Democratic majorities in the House and Senate, the deal reached Tuesday night was far from done.

At least one prominent Democrat, West Virginia Senator Joe Manchin, has indicated he will oppose plans to reduce subsidies on fossil fuels such as coal and natural gas. Both fuels are crucial to the economy of his rural state.

“Anyone going in a direction where they think they can walk away and have no fossil (fuel) involved, that’s just plain wrong,” said Manchin, the most conservative Democrat in the chamber and chairman of the committee senatorial for energy and natural resources.

The elimination of fossil fuels, which are the main contributors to global warming, “will not happen,” Manchin told reporters on Wednesday. “It can’t happen and it doesn’t matter but makes the world worse.”

Manchin’s comments were out of step with most Democrats and climate activists, who said the proposed budget deal meets President Joe Biden’s climate change targets of 80% clean electricity by here 2030 and a 50% reduction in greenhouse gas emissions in the economy in a decade, while advancing environmental justice and American manufacturing.

The framework would fund a so-called clean electricity standard that would force the electricity grid to move away from fossil fuels such as coal, oil and natural gas and replace them with renewable sources such as solar, wind and energy. hydraulic, as well as nuclear energy. , which currently supplies around 20% of the country’s electricity.

“Given the enormity of the climate crisis, environmental injustice and economic inequality, it is essential that this agreement serves as a floor – not a ceiling – for transformational investments in clean energy, jobs and justice, â€said Tiernan Sittenfeld, senior vice president of the League of Conservation Voters.

“Any infrastructure legislation must tackle the backlog of repairs” to roads, bridges and public transport systems, as well as the challenges of climate change and racial inequalities, added Deron Lovaas, senior lawyer at the Natural Resources Defense Council, another environmental group. .

Senator Tina Smith, D-Minn., Called the inclusion of a clean electricity standard in the budget agreement “a cornerstone of the gradual and practical transformation towards a clean energy future that we urgently need.” .

Senator Jeff Merkley D-Ore., A member of the Senate Budget Committee and one of the negotiators on the budget framework, said the plan is taking “bold action” to address the climate crisis already felt by millions of people. people in the parched West, where triple-digit temperatures have caused hundreds of deaths in recent weeks.

â€œWe need to do even more, but it sets the stage for America to finally start working to reduce carbon pollution,â€ Merkley said.

Climate activists and progressive groups have called for a clean electricity standard as a central part of the Democratic plan only, which follows a more limited bipartisan infrastructure proposal announced last month. Many Democrats have said they will not vote for a budget package that does not include a strong electricity standard that puts the United States on track to meet the goals of the Paris Climate Agreement, that Biden joined on his first day in office.

The proposed investments in clean energy, production tax credits and other climate-related policies “all show the kind of scale and ambition that equals the moment,” said Sen Brian Schatz, D-Hawaii, who heads a Democratic-only committee on climate change.

Meanwhile, the Senate energy panel on Wednesday approved a bill drafted by Manchin to spend $ 95 billion on infrastructure, including major investments in technology to “capture” and store the carbon emissions produced by coal-fired power plants. The stand-alone bill, approved 13-7, could be included in a bipartisan infrastructure plan currently being negotiated. Three Republicans – Steve Daines of Montana, Lisa Murkowski of Alaska and Bill Cassidy of Louisiana – backed the plan in committee.