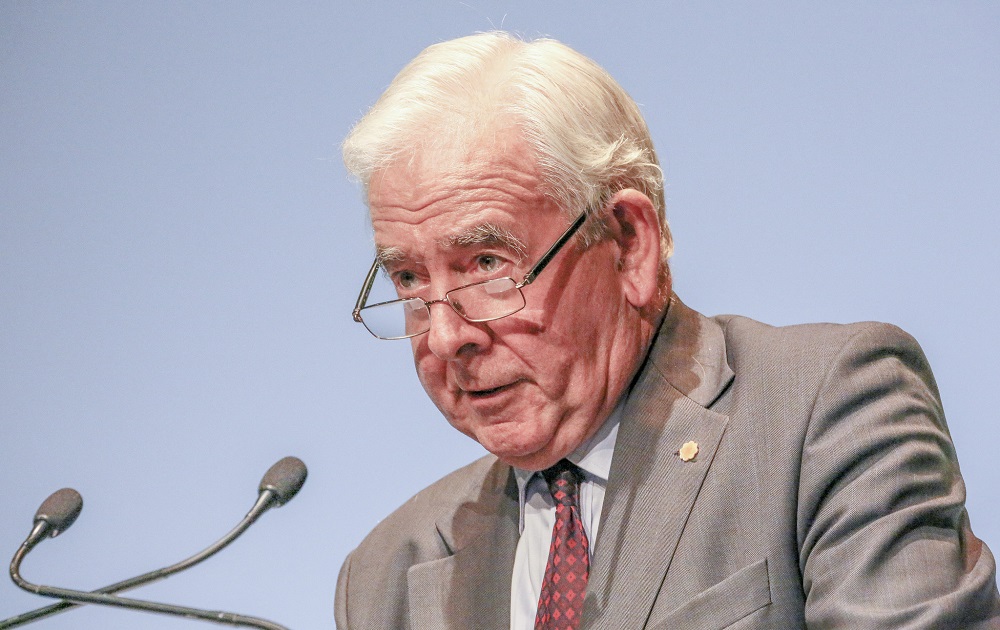 Former Plaid Cymru leader Dafydd Wigley said the nuclear energy case “must be argued with conviction and confidence and with some urgency”.

Lord Wigley said he was speaking in a personal capacity. His party said in its manifesto for the 2019 general election that it “opposes the development of new sites for nuclear power plants.”

However, Dafydd Wigley told the House of Lords he was concerned that renewable energy sources were not enough to tackle climate change.

“Like most parties, my party, Plaid Cymru, has divergent views within its ranks on the issue of nuclear energy,” he said.

â€œMuch of it stems from the horror of nuclear war and I, with my party, are totally opposed to nuclear weapons. I understand the arguments about deterrence, but it only has to go wrong once and the world is reduced to ashes.

â€œBut ruling out the use of nuclear power to replace carbon-based sources of electricity for that reason is like refusing to make steel because it could be used for guns. The nuclear issue must be defended with conviction and confidence and with a certain urgency. “

Dafydd Wigley represented Caernarfon’s seat as a then MP then AM from 1974 to 2003 and said he “served a county which had two active nuclear power plants: Wylfa and Trawsfynydd”.

He called on the UK government to â€œget a grip onâ€ Wylfa and said Trawsfynydd would be an â€œideal demonstration siteâ€ for a small nuclear reactor (SMR).

Trawsfynydd and Wylfa are said to be two of the sites for the multi-billion pound mini-power plants in plans by the UK government and the Welsh government.

“They are not rivals but partners in reestablishing North West Wales as an engine of the economy, and doing so in ways that would support the pursuit of low carbon electricity and contribute to the global challenge of tackling climate change, “said Dafydd Wigley.

Baroness Bloomfield of Hinton Waldrist, who is government whip, replied that the UK government had “noted the growing local and regional interest, and even support, for several sites of subsequent nuclear development”, including Trawsfynydd.

“We welcome conversations with stakeholders who question whether their assets are potentially suitable for the deployment of nuclear facilities,” she said.