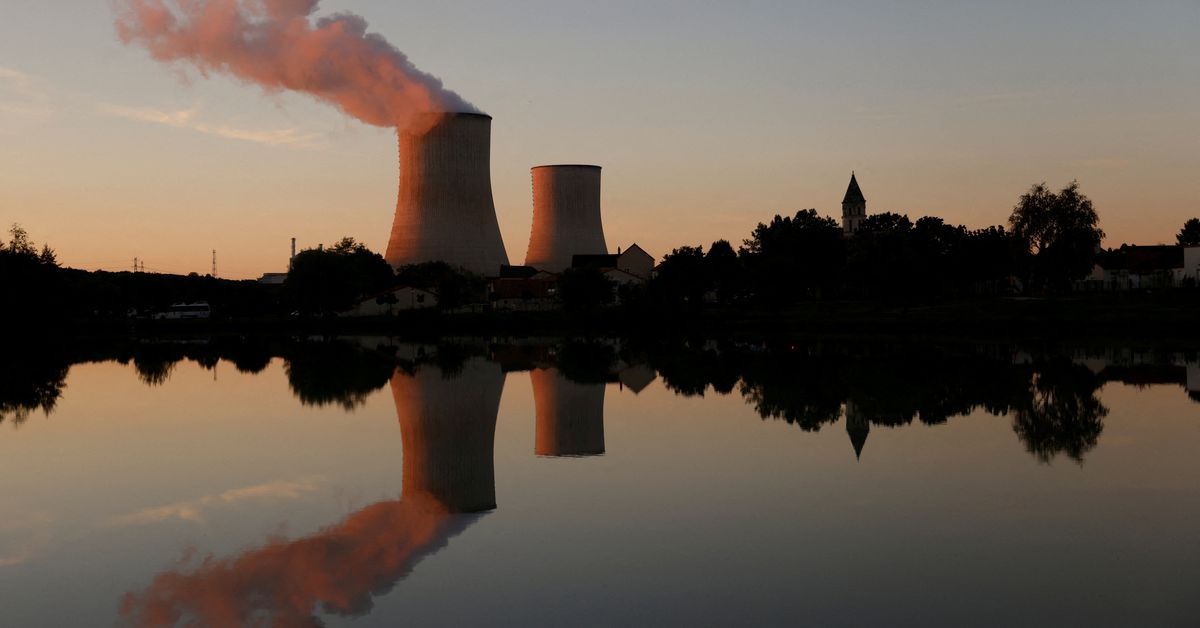 PARIS, December 15 (Reuters) – (This December 15 article corrects the last paragraph to specify that nuclear represents around 70% of the electricity mix, not more than 70%)

French electricity giant EDF (EDF.PA) said on Wednesday it had found faults in the pipes of a security system at its Civaux nuclear power plant, and that it would shut down another plant because it was using the same type of reactors.

The setback comes as France plans a major nuclear power plant construction program, diverging from neighboring Germany which withdrew from nuclear power after the Fukushima nuclear disaster in Japan in 2011.

France’s largest electricity supplier said faults were detected near welds on the pipes of the safety injection system circuit in the two reactors at the Civaux plant in western France .

A source familiar with the matter told Reuters the flaws were related to corrosion.

Following the discovery, an outage at the Civaux plant will last longer than expected, the company said.

EDF has announced that it will shut down its Chooz plant in eastern France, because it uses the same type of reactors.

The decisions will result in a loss of around 1 terawatt hour by the end of 2021, EDF said, adding that this would lead to a downward revision of its EBITDA estimate to a range of 17.5 billion to 18 billion. euros, compared to the previous target of over 17.7 billion euros, based on current market prices.

EDF had shut down a reactor at the Civaux power plant for a routine 10-year check in August. In November, it also shut down its second reactor at the site for protection, previously planning to restart it on December 24.

The extended outage could turn into a headache for President Emmanuel Macron as Frances pushes for nuclear power to be included in an EU-wide list of favored green and sustainable investments.

This will put more pressure on France’s nuclear-dependent electricity grid, after grid operator RTE warned that the winter cold could put a strain on tight winter supply margins.

Nuclear power represents around 70% of the French electricity mix and the pandemic has delayed maintenance work on certain nuclear reactors.