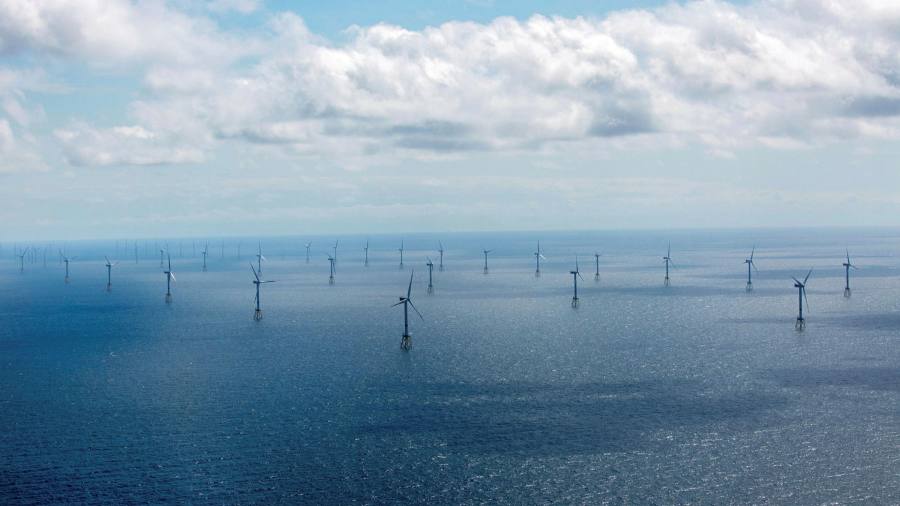 A group of EU countries are planning to make the North Sea the “green powerhouse of Europe” as they eye wind power as a way to wean themselves off Russian gas.

Denmark, Germany, Belgium and the Netherlands this week reinforced their commitment to build up to four artificial islands in the North Sea where the energy created by wind turbines could be transformed into hydrogen and electricity.

“Energy is now being used as a weapon and our families and businesses are the victims,” Belgian Energy Minister Tinne Van der Straaten said. “With this green acceleration, we can more quickly replace gas and oil, especially from Russia, with offshore wind and green hydrogen.”

They pledged to quadruple offshore wind power in the North Sea, a former major oil and gas production site, to 65 GW by the end of the decade, equivalent to the capacity of 30 nuclear reactors.

One of the artificial islands, which would be built on the Danish side of the Dogger Bank, was proposed on Friday by Copenhagen Infrastructure Partners, a fund manager. The CIP said the new island called “BrintØ” would collect 10 GW of offshore energy and convert it into hydrogen.

“We are thinking about how we can sell offshore wind to a new level,” said Thomas Dalsgaard, a partner at CIP, adding that moving quickly to “expanding green energy infrastructure was essential.” in the North Sea”.

Denmark is already developing an energy island called VindØ which would produce 3 GW of electricity by 2033. The Danish government is the major shareholder in the project which is also backed by Danish pension funds PensionDanmark and PFA.

The new “energy islands” would act as hubs for offshore wind power by collecting and converting turbine power into hydrogen, or sending it as electricity ashore.

One of the most expensive parts of offshore wind is the transmission cables that connect the turbines to the substation and to land. Connecting a large offshore wind farm to an artificial island, where energy is collected and used to generate hydrogen or another fuel, could significantly reduce the cost of wiring.

With many of the best near-shore sites already occupied, offshore wind projects in the future will be further from shore, increasing cable costs.

In the North Sea, in addition to the VindØ and BrintØ islands, Belgium and Germany are also studying the possibility of building energy islands.

Belgium said this week that it will “establish the world’s first offshore energy island”, which will combine offshore wind power and an international interconnection. The tender for the project is expected to be awarded by the end of the year.

In Germany, an energy island feasibility study is being conducted by Allianz Investment Management and CIP.

The four countries said they would coordinate their development of energy islands in the North Sea and develop energy sharing agreements.

“We will start planning for several energy hubs and islands by carrying out a review of the potential for offshore wind and, where appropriate, green hydrogen production, across our entire North Sea territory,” says the joint statement.

At a time of rising energy prices and concerns about energy security, offshore wind potential in the North Sea is seen in Europe as an attractive alternative to Russian energy.

However, it will take almost a decade before the new wind farms and artificial islands are completed. The EU has previously said that in the very short term, coal consumption could increase to replace Russian gas supply.

Energy crisis worsens as UK wastes ‘billions’ on energy: ‘It will only increase’ | Science | News