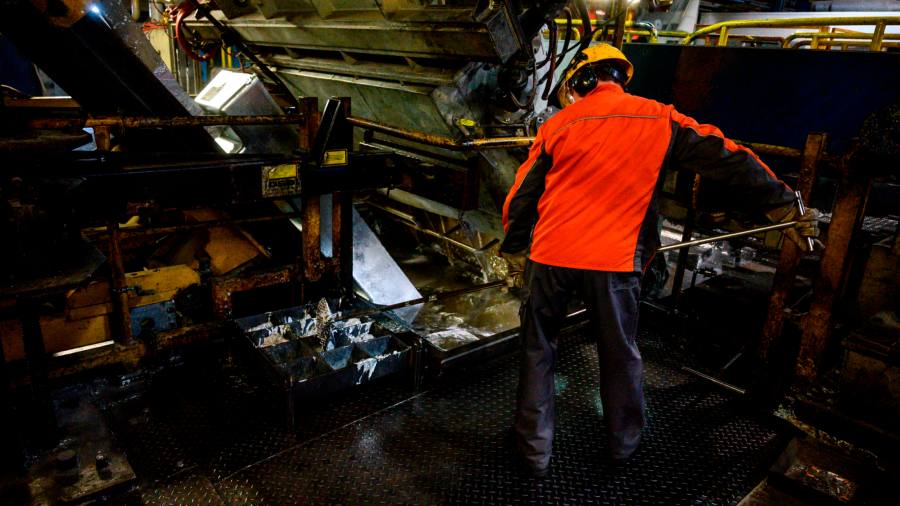 Some of Europe’s biggest energy consumers, from steel companies to chemical companies, are stepping up production cuts amid warnings that soaring prices and weak demand are rapidly eroding competitiveness.

Several steelmakers, including the largest in Europe, ArcelorMittal, have announced in recent days their intention to shut down some of their blast furnaces from the end of this month. ArcelorMittal’s German operations warned that high costs were putting “heavy pressure” on its competitiveness. In Spain, Ferroglobe has temporarily closed two ovens.

“We expect there will be rationing all over Europe, that’s what we are preparing for. It may not happen, but we have to plan for it now,” he told the Financial Times.

Russia’s decision this month to cut off supply indefinitely through the critical Nord Stream 1 gas pipeline has heightened concerns among European manufacturers about an energy shortage this winter. At the same time, companies are facing a drop in demand from customers who are themselves struggling with higher operating costs. Russia’s gas supply to the EU has been cut by around 80% since the start of the Russian invasion of Ukraine.

EU energy ministers on Friday backed a one-off tax on energy producers to help cut costs for households and businesses.

“I fear a severe recession in the winter. . . We will have to keep operating the three nuclear power plants,” he said. Manufacturers, he added, are facing “an acute price crisis” “We don’t have a supply crisis yet but there are warning signs.”

Evonik replaces up to 40% of the natural gas at its domestic sites with liquefied petroleum gas. It also continues to operate a coal-fired power plant.

Chemicals group BASF said it had already reduced its demand for gas since March, including switching to alternative fuels such as petroleum where possible. The company said in a statement that it could continue to operate its large Ludwigshafen site with reduced capacity if natural gas supply does not fall below “approximately 50% of our peak natural gas demand”.

Stefan Borgas, managing director of RHI Magnesita, a FTSE 250-listed manufacturer of refractory products – heat-resistant materials used in linings typically found in steelworks – which operates four plants in Germany, said Europe had a “structural disadvantage in terms of energy costs” compared to the rest of the world because of the war in Ukraine as well as a “structural lack of investment in energy over the past 25 years”.

In the UK, where the government last week announced plans to subsidize energy supply, concerns about the scope and cost of support remain. Steve Hammell, chief financial officer of Sheffield Forgemasters, said he was worried about rationing.

“Rationing is a risk for us that we need to be aware of,” he said, despite the company being nationalized by the government last year. Sheffield, which makes forgings and castings for Britain’s nuclear submarines, had asked for an exemption from electricity rationing as a precaution given its defense work, Hammell said. The company has implemented energy efficiency measures at its site in Yorkshire.

DS Smith’s Roberts said the company was looking to cut energy consumption at its UK factories by 15%, to meet the EU’s reduction target.

“It’s purely a business matter, we’re saying we think it’s right for every part of our business to strive to reduce energy consumption. The fact that the British government does not ask for it is a bit irrelevant. »