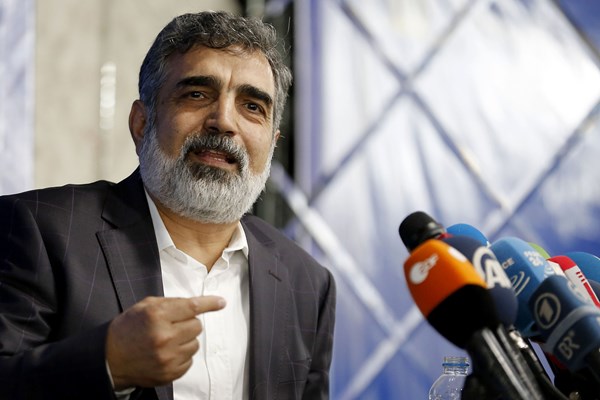 The Atomic Energy Organization of Iran announces that it will continue to enrich uranium until the Islamic Republic meets all of its needs.

The other parties to the nuclear deal realize that Iran is fully committed to implementing the laws of the Shura Council and strategic measures to lift sanctions and protect the interests of the Iranian people, he said. Atomic Energy Organization of Iran (AEOI) spokesman Bahruz Kamalvandi said. Al Mayadeen tuesday.

“We have launched 1,000 IR6 centrifuges. We have already launched 500 and followed by another 500. We started pumping gas into the devices yesterday,” Kamalvandi added. “The uranium enrichment process will continue until Iran meets its needs.”

Regarding recent Iranian statements by AEOI leader Mohammad Eslami, who said that the Islamic Republic had the technical capability to build an atomic bomb but that such a project was not on its agenda, Kamalvandi clarified that ‘Eslami had been misunderstood.

“There is no doubt that Iran’s nuclear program has quantitative capabilities, but Iran does not need a nuclear bomb due to its strategic capabilities and the Iranian leader’s fatwa. Therefore, we do not we’re not going there.”

Iranian leader Sayyed Ali Khamenei had declared that Iran was prohibited from developing nuclear weapons. Religious law (fatwa) stated that the production, stockpiling and use of nuclear weapons were prohibited by Islam.

Meanwhile, the Iranian government says the purpose of its nuclear program is to generate power and electricity to benefit the country’s economy.

“Tehran is serious about reaching a good, solid and stable agreement,” the Iranian foreign minister said. “If the US side is realistic and has the necessary flexibility in the upcoming negotiations, reaching an agreement will not be out of reach.”