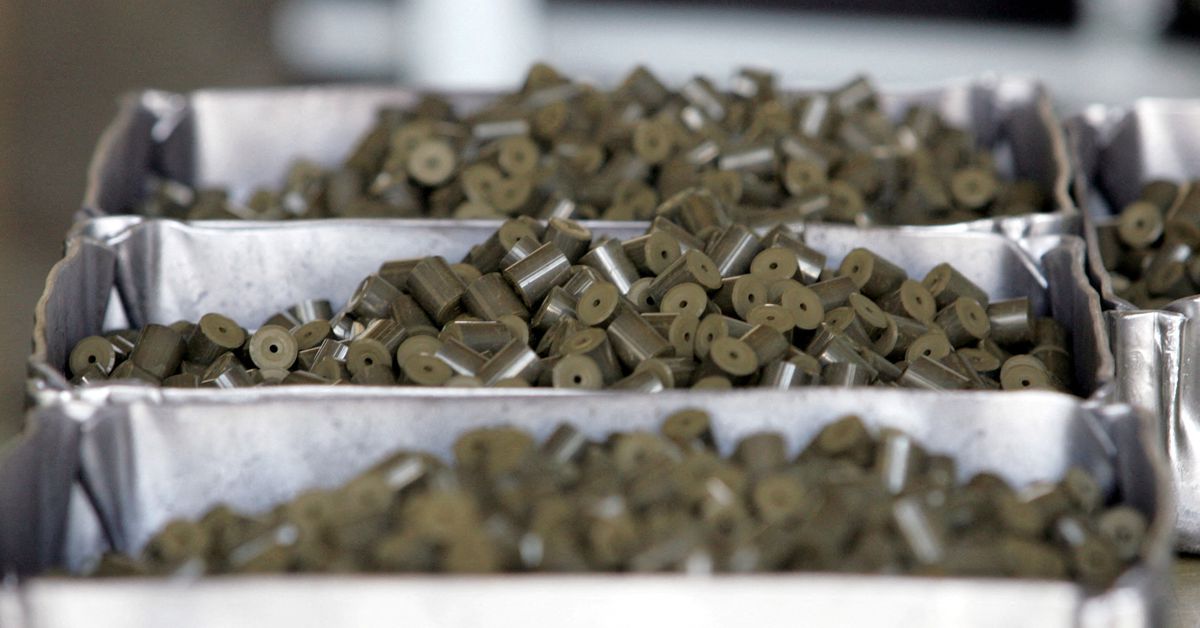 March 1 (Reuters) – The U.S. nuclear power industry is pressing the White House to allow continued imports of uranium from Russia despite an escalating conflict in Ukraine, the supply good market in fuel is considered essential to keep electricity prices in the United States at a low level, according to two sources familiar with the matter.

The United States depends on Russia and its allies Kazakhstan and Uzbekistan for about half of the uranium fueling its nuclear power plants – about 22.8 million pounds (10.3 million kg) in 2020 – which in turn produce about 20% of US electricity, according to the US. Energy Information Administration and the World Nuclear Association.

Washington and its allies imposed a series of sanctions on Moscow last week as Russian forces moved deeper into neighboring Ukraine, although the sanctions exempt uranium sales and related financial transactions.

The National Energy Institute (NEI), a trade group of US nuclear power companies including Duke Energy Corp (DUK.N) and Exelon Corp (EXC.O), is lobbying the White House to keep the exemption on uranium imports from Russia, the sources said.

NEI’s lobbying is aimed at ensuring that uranium is not caught up in future energy-related sanctions, especially as calls intensify to sanction sales of Russian crude oil, the sources said.

“The (US nuclear power) industry is just addicted to cheap Russian uranium,” said one of the sources, who spoke on condition of anonymity, citing the sensitivity of the situation.

Duke and Exelon, two of the largest US utilities, could not immediately be reached for comment.

Washington-based NEI said it supports a diversity of uranium supplies, including the development of US facilities to produce and process the fuel.

“While Russia is a major global supplier of commercial nuclear fuel, U.S. utilities contract with a global network of companies and countries for their fuel needs to mitigate the risks of potential disruption,” said Nima Ashkeboussi, Senior Director of Fuel and Radiation Safety at NEI.

The Biden administration has said it is working to keep U.S. energy costs low.

“We are listening to all industry demands and will continue to do so as we take action to hold Russia accountable,” said a White House official when asked about the uranium lobby.

Uranium is used as fuel inside reactors to perform nuclear fission to boil water and generate steam that spins turbines to generate electricity.

There is no uranium production or processing in the United States currently, although several companies have said they would like to resume domestic production if they can sign long-term supply contracts with producers. ‘nuclear energy. Texas and Wyoming have significant uranium reserves.

Australia and Canada also have large reserves of uranium and there is sufficient processing capacity there and in Europe. But Russia and its satellites are the cheapest producers.

The use of Russian uranium by the US nuclear industry is likely to raise new questions about where and how the United States sources the materials needed to supply high-tech and renewable energy products, a dependency that President Joe Biden named him a security threat last week.

Russia’s uranium production is controlled by Rosatom, a state-owned company established by Russian President Vladimir Putin in 2007. The company is an important source of revenue for the country.

Former US President Donald Trump proposed in 2020 to spend $150 million to create a strategic uranium reserve, and Biden administration officials have expressed support for the idea.

Other utilities around the world have already started looking beyond Russia for supplies. Swedish power company Vattenfall AB (VATN.UL) said last week it would stop buying Russian uranium for its nuclear reactors until further notice, citing the Ukraine conflict.