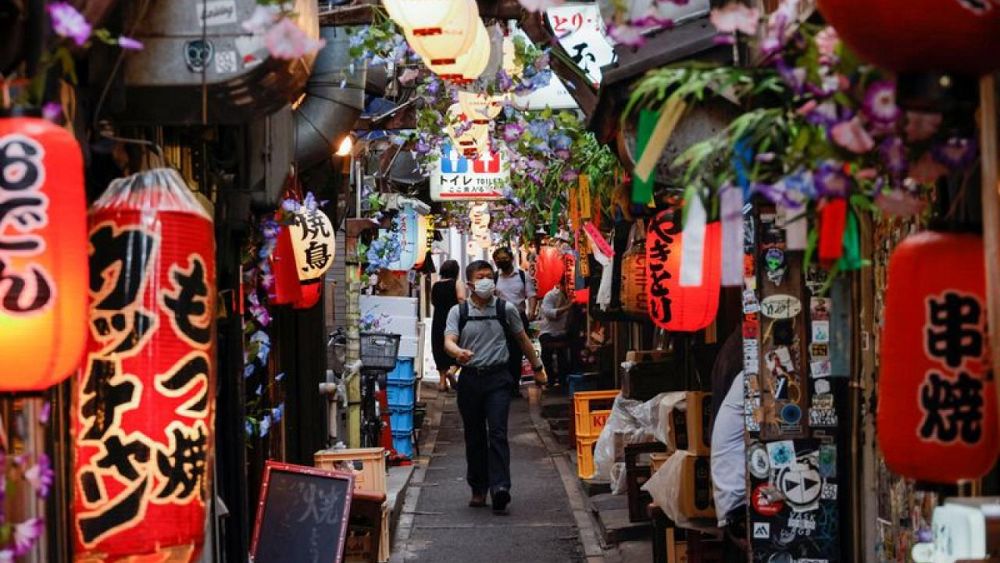 Explainer-Inflation to nuclear energy: what are the stakes of the election in Japan

TOKYO – Japan will vote on Sunday in upper house elections that will have implications for Prime Minister Fumio Kishida’s sway over the ruling Liberal Democratic Party (PLD) and its ability to pass laws.

Here are some details on why the poll is important and some key policy issues:

While the upper house is the less powerful of the two chambers of parliament, the vote is a pledge of support for the ruling bloc. If the PLD winning by a solid margin, as polls suggest, Kishida would be able to consolidate control of the party with three years to push through legislation before another election is due.

A setback for the government could expose Kishida to challenges from rivals in the factious PLD.

Rising prices are the key issue. Global commodity prices rose and the decline in the yen in turn pushed up the prices of fuel, electricity and food. Voters are sensitive to even small price increases due to years of deflation and stagnating wages.

The government has rolled out 2.7 trillion yen ($20 billion) in additional budget to help. This includes plans to soften the hit to oil prices via subsidies to gasoline wholesalers and other measures.

The additional budget will be financed by bonds, which could put additional pressure on the public debt already more than twice the gross domestic product (GDP). Kishida said he was ready to take further action, but did not give details.

Kishida has promised to “substantially” increase defense spending in response to what he sees as fragile security in the region. Japan’s main concern is China’s growing power, concerns to which Russia’s invasion of Ukraine has given new urgency.

In his electoral manifesto, the PLD called for defense spending to double to 2% of GDPwhich would be on par with the minimum level of the North Atlantic Treaty Organization (NATO) members have pledged to spend.

Soaring energy prices and the threat of power shortages during a recent heatwave have bolstered expectations that the government will restart some of the dozens of nuclear reactors idled after the 2011 Fukushima nuclear disaster.

Japan derives most of its primary energy needs from crude oil, while liquefied natural gas (LNG) represents more than a third of its electricity production. LNG supply was complicated by Russia’s invasion of Ukraine.

Only 10 of Japan’s nuclear reactors are operational, down from 54 before 2011. Kishida said Japan needed to make “better use” of nuclear energy. Last month, he said Japan would use nuclear power “as much as possible” as long as safety was assured.

Revising the constitution, particularly Article 9 renouncing war, has long been a goal of conservatives who see the US-drafted document as out of touch with today’s needs.

A strong performance of PLDhis junior coalition partner Komeito and smaller right-wing opposition parties, such as the Japan Innovation Party, which is gaining ground, could build momentum for constitutional change.

The public has traditionally been skittish about the overhaul, although the crisis in Ukraine has bolstered support for a tougher defense.

Kishida, a native of Hiroshima, the first city to suffer an atomic bombing, was on the more pacifist side of the PLDbut has since veered to the right.

He said parts of the constitution might contain “outdated and missing” elements and hoped discussion on revising it could continue.

The search for the next Bank of Japan (BOJ) governor is expected to intensify after the election. The incumbent, Haruhiko Kuroda, will complete his second five-year term in April.

Kishida’s choice is likely to determine whether the bank will stay on a dovish trajectory or change tack after years of ultra-loose policy that has now weighed on the yen and sparked public fire as prices rise.

Two people seen as the best candidates are outgoing Deputy Governor Masayoshi Amamiya, who orchestrated many of the BOJKuroda stimulus, and former Deputy Governor Hiroshi Nakaso, who suggested that the bank’s short-term goal should be to end Kuroda’s stimulus.