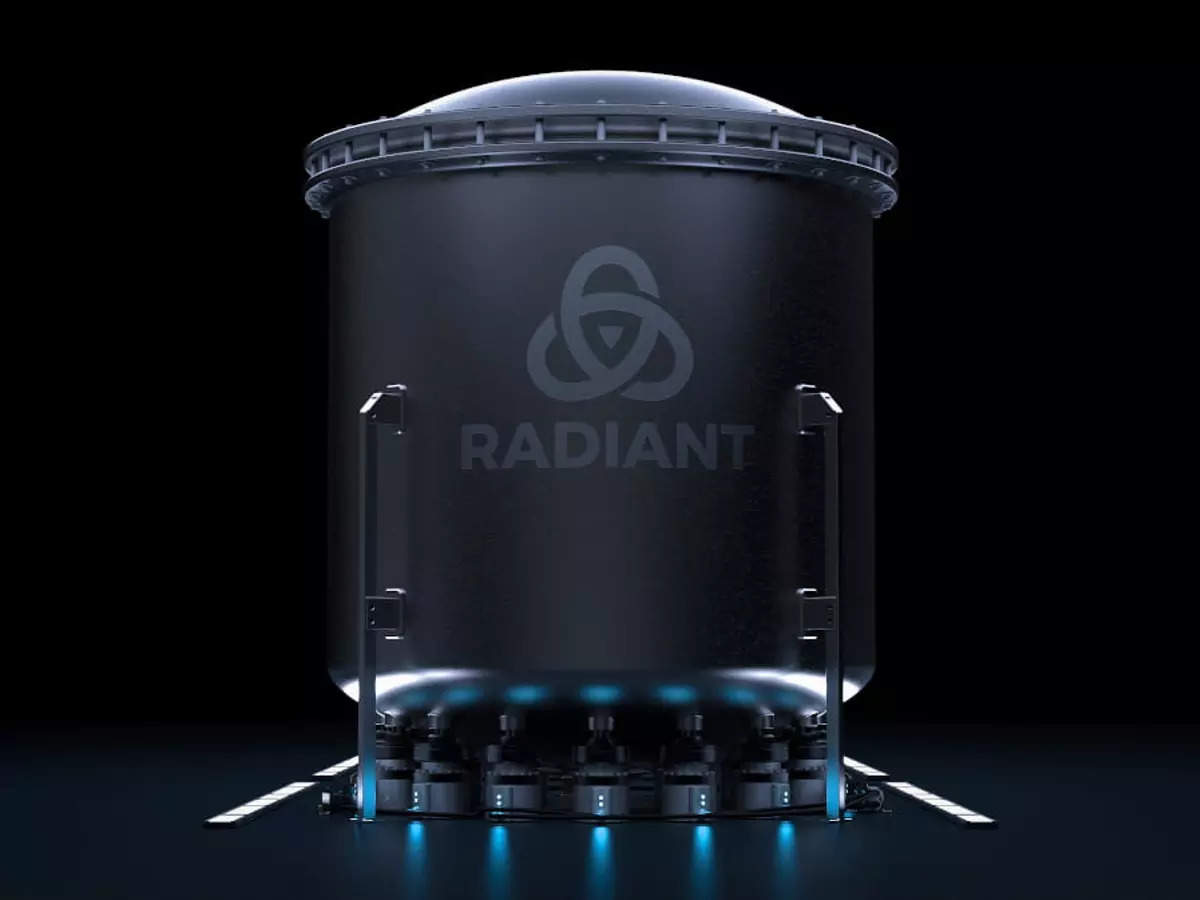 This Californian startup has raised funds to develop a portable nuclear reactor that can fit in a shipping container. It’s a 1 megawatt nuclear reactor and it can be used to power more than 1,000 homes, according to a New Atlas report. These nuclear reactors are intended to power homes in remote communities, disaster areas and bases.

The startup “Radiant” was founded by former SpaceX engineers who recently secured $ 1.2 million in funding to develop these portable nuclear reactors. Radiant’s nuclear reactors can provide over 1 megawatt of electricity and can operate for up to eight years. This allows one reactor to power more than 1,000 homes.

What is different with these nuclear reactors


Nuclear reactors developed by Radiant use helium instead of water for cooling. This method, according to the company “considerably reduces the risks of corrosion, boiling and contamination”. The particulate fuel used in these reactors does not melt according to Radiant and would also be able to withstand higher temperatures than traditional nuclear fuels. The company is also working on ways to refuel reactors and efficiently transport heat out of the reactor core.

How will this help


Using nuclear reactors to generate electricity can help reduce emissions from diesel generators. It would also reduce the need for trucks to transport fuel for these generators. Certainly, the need for trucks would still be there to transport nuclear reactors, but the dependence should be much less. Portability in itself is a big factor here, as it would help electricity reach remote areas easily.

Small nuclear reactors are being developed by several countries, including NASA, which is making one the size of a trash can. According to the World Nuclear Association, small nuclear reactors are convenient because they can be built efficiently in a controlled factory. Their small size and security features also make them suitable for countries with smaller networks. It can also help facilitate financing compared to large nuclear power plants.

But Radiant is one of the few working on portable nuclear reactors, and it would join Copenhagen-based startup Seaborg Technologies which will deploy them worldwide on floating barges.

Apple M1 Pro and M1 Max vs M1: here’s what Apple has improved with its new custom chips