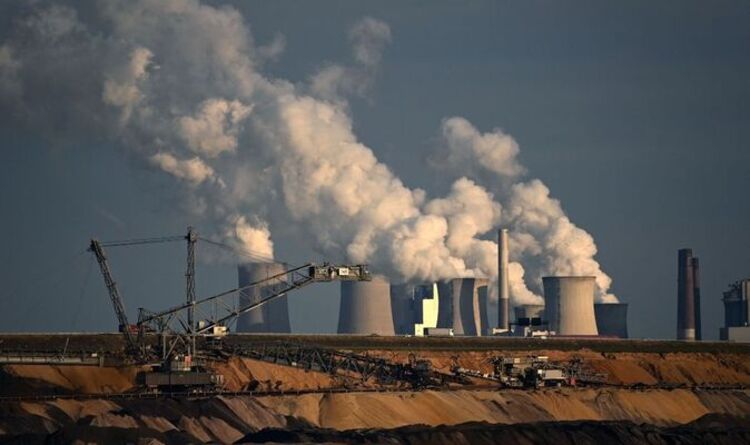 As the cost of living continues to rise around the world due to post-pandemic demand and inflation, every country is experiencing an energy crisis, but Germany is crippled by it. Turbulence in the energy market means businesses and consumers are grappling with rising prices for heat, electricity and fuel.

Leading German economists spoke to FOCUS Online about the next steps politicians should and shouldn’t take and offered their advice on what could cut energy costs.

In September, Katja Hoyer wrote an article for Unheard and explained why Germany has a much bigger energy crisis than Britain.

Ms Hoyer blames Germany’s lack of options to reliably increase its energy production, saying: “At least Britain has the option of increasing its own energy production in the long term if it can find the political will to do so.

This goal means that Germany is now 50% powered by renewable sources which are supported by fossil fuels and nuclear energy.

Ms Hoyer commented: “The huge downside is that Germany is much more vulnerable.

“Renewables are weather-dependent and can often inject too much or too little electricity into the system.

“If coal and nuclear power are phased out as planned, Germany will be entirely dependent on renewable energy and unreliable imports.

“The latter will not be partially powered by Nord Stream 2.”

The government’s economic adviser, Monika Schnitzer, noted that the spike in energy prices is due to the rising costs of gas and oil imports.

She said: “As we have no influence on these prices and cannot do without imports in the short term, this means that we as a country have become poorer overall.”

Germany’s six leading economists have all offered similar solutions the government could use to solve the energy crisis.

They offer short and long-term solutions such as: a one-off short-term payment to help low-income families, reduction of VAT and electricity tax, expansion of renewable energy and removal of the surcharge EEG.

Michael Hüther, director of the Cologne Institute for Economic Research, said: “One-off payments such as a subsidy for heating costs for housing benefit recipients are well suited to alleviate hardship cases.

“It is important to check the need according to transparent criteria – also with regard to cases of business hardship.”

Mr Hüther commented on the electricity tax saying that it “can be lowered to the European minimum level and provide additional progressive relief that benefits low-income households disproportionately to their income. It also increases the attractiveness of electricity, an increasingly climate-friendly source of energy.”

Veronika Grimm, the government’s economic adviser, acknowledged that “this would go a long way to reducing bureaucracy and making sector coupling more attractive. These last two aspects are essential to advance the energy transition”.

Ms Schnitzer referred to the expansion of renewable energy, saying that it “should be encouraged in order to become economically and politically less dependent on gas and oil imports in the medium term”.

Claudia Kemfert, head of the energy, transport and environment department at the German Institute for Economic Research, noted that it was “the best solution in the fight against rising fossil fuel prices”.

She added: “We need to get out of fossil fuels as quickly as possible.

“These are the main price drivers. Renewable energies have a price-lowering effect on the electricity exchange.

POV: The Alliance needs your help to fight nuclear reactors in Montana