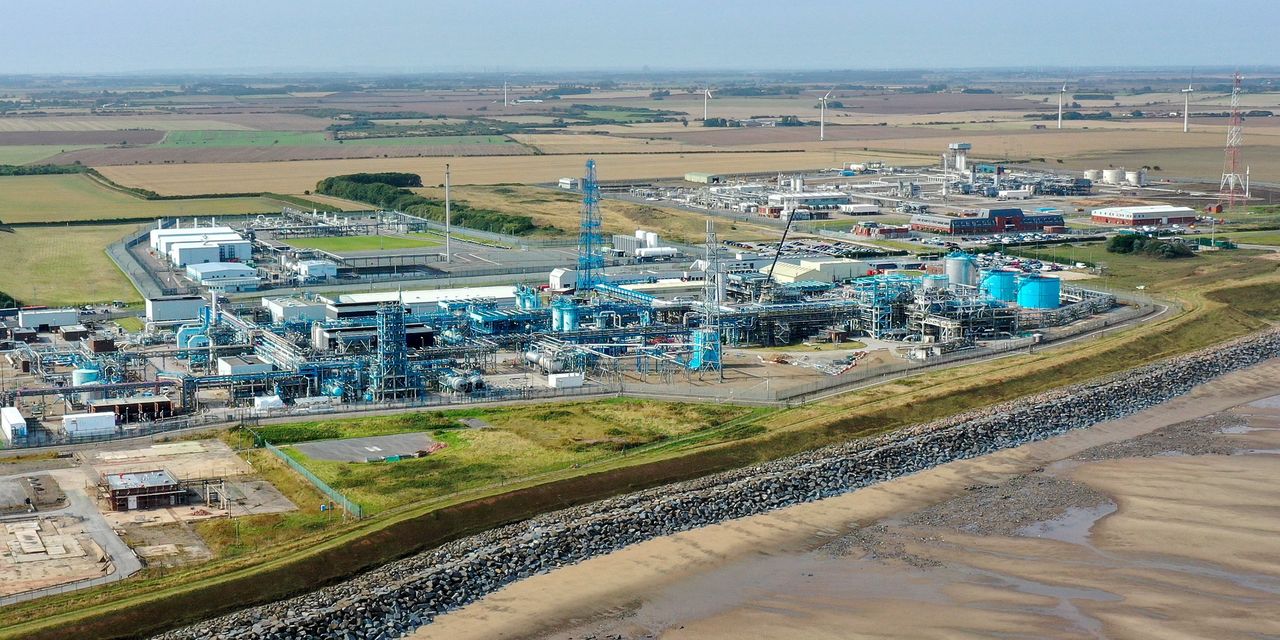 LONDON â€” A lack of natural gas storage facilities in the UK, where capacity has been allowed to decline in recent years, has magnified the risks of a global fuel shortage and raised concerns that the energy supply does not hold up if there is a cold winter.

The UK’s rapid switch to renewables, which has helped it cut its greenhouse gas emissions by 44% over the past three decades, is being hailed by many in the industry. But the country’s experiences remind us that the decarbonisation of an economy must be carefully managed.

The prices of natural gas have risen sharply around the world. Global demand has increased as economies recover from the Covid-19 lockdowns, while supplies have been hit by a combination of factors including unusual weather events and restraint from U.S. producers, while Russia has failed. is not operating its pipelines to Western Europe at full capacity.

UK natural gas prices have more than quintupled in the past year to reach â‚¬ 73.10 per megawatt hour on Wednesday, the equivalent of $ 84.83, according to S&P Global Platts. That’s slightly lower than the price in the Netherlands – the benchmark for continental Europe – but more than four times the price in the US

But the UK is more vulnerable than most to gas shortages, analysts say. After a major storage facility closed in 2017, the UK can now hold a week’s worth of natural gas stocks. This compares to three months in Germany, according to industry body Gas Infrastructure Europe.

Heavy reliance on renewable energies, mainly wind, and low use of coal have made the country heavily dependent on imported natural gas for power generation when the wind is not blowing. A rise in energy prices leaves the UK “a victim of its own progress in reducing emissions,” economists at Dutch bank ING Groep NV wrote in a note this week.

The lack of storage follows a 2013 decision by the UK government not to subsidize loss-making gas storage facilities. Production from the North Sea gas fields was declining, making the country more dependent on imports, as a transition from coal-based electricity to renewables was underway.

In a meeting with the then climate change minister, lobbyists for energy companies urged the government to subsidize storage. â€œYou need to be able to back up your system when the wind is not blowing,â€ said Mike Foster, managing director of the Energy and Utilities Alliance business group, who was in attendance.

After consultation, the government said no. “They thought the risk was not great enough,” said Mr Foster.

In 2020, the UK was relying on wind for 24% of its power generation mix, but had no back-up plan when it fell to 2% in supplies at the end of summer this year, said Neil Atkinson, former head of oil markets at the International Energy Agency, which advises industrialized countries on energy matters. Meanwhile, a series of local incidents have reduced other sources of energy.

A fire disrupted the flow of electricity through an undersea power cable connecting the UK and France. Some nuclear power plants in Britain were offline during maintenance. At the end of the summer, it was less windy than usual, which caused the turbines to stop.

Britain’s gas policy is based on the belief that the market would produce a solid supply. But the government intervened, imposing a moratorium on hydraulic fracturing projects and capping domestic energy prices to protect consumers from higher bills.

A UK government spokeswoman said national storage had little impact on the price of gas and the UK “enjoys access to gas reserves in UK territorial waters and secure sources from reliable import partners “. As a result, the country does not have to depend on natural gas storage, the government added.

UK customers will pay more for energy next month after the market regulator announced it would raise the price cap for gas and electricity. Some small mainstream energy providers have gone bankrupt after failing to protect themselves against rising wholesale prices.

The UK government recently subsidized a US fertilizer company to reopen a plant that had temporarily closed due to soaring gas costs. The company supplied more than half of the UK’s supply of carbon dioxide, a critical fertilizer by-product in food processing.

Currently, around 40% of Britain’s electricity needs are met by renewable energy sources, including biomass. Fossil fuels, mainly gas, account for about 40% more, according to government data for the first quarter of the year. Britain’s remaining coal-fired power plants are expected to close by October 2024.

“When you go too fast, you hit the bumps.”

Duncan Sinclair, an energy expert at consulting firm Baringa, said the additional gas storage would have had little impact on prices given the scale of global demand. â€œOverall, the story of decarbonization has been a success,â€ he told the UK.

Since the 1970s, natural gas fields around the UK have provided protection against fluctuations in supply. Gas could be pumped out when demand requires. But local production has declined, meeting half of the UK’s gas demand in 2019, up from two-thirds in 2009, according to the government.

UK officials and energy regulators said the market could withstand shocks as the country still produces gas at home and imports from multiple sources. They include pipeline connections with Norway, Belgium and the Netherlands as well as purchases of liquefied natural gas in the United States and Qatar.

Gas storage companies make money by buying gas when it is cheap, storing it, and selling it when prices rise in the winter. With relatively stable gas prices, gas storage in the UK has been in deficit for many years. After the 2013 government decision, the Rough storage facility, which was based in the sea off Britain’s east coast and provided 70% of the UK’s gas storage, closed in 2017 The government says the closure of the storage facility prevented a costly investment that would have passed on to consumers.

However, the diversity of supplies has proved unreliable this year. Maintenance of the North Sea gas fields and delays in new projects have crippled national production. UK gas production fell 28% in the first eight months of the year compared to the same period in 2020, according to consulting firm Wood Mackenzie.

The UK’s gas reserves are over 90% full, but the country’s overall storage space is far less than that of other major European economies. France, the Netherlands, Italy and Germany can house between a quarter and 37% of their annual gas needs, according to analysts at the bank HSBC PLC. The UK can only store 2%. Its capacity of 10 terawatt hours compares to 117 for France and 920 for the United States, according to the International Energy Agency.

Adding to the predicament, most of the liquefied natural gas entering the UK does so on the basis of flexible contracts that allow overseas suppliers to divert cargo if they can profit from sending gas elsewhere.

Building gas storage now would be pointless, Sinclair said. By the time the facilities were commissioned in four or five years, the focus may have been on hydrogen storage.

Will this Canadian REE company decide to advance its uranium projects in Athabascan?