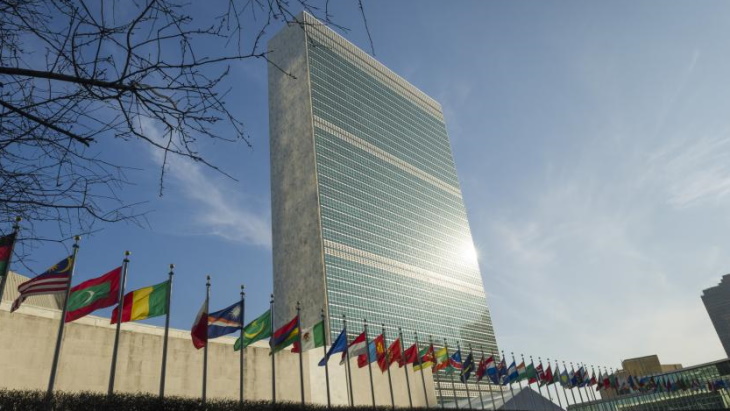 Twenty national and international nuclear industry associations have issued a joint statement in support of the Treaty on the Non-Proliferation of Nuclear Weapons (NPT) and call on treaty signatories to support the transfer of nuclear technology for peaceful purposes between those who meet their commitments thereunder.

Entering into force in 1970 and made permanent in 1995, the NPT is often described as the cornerstone of global efforts to stop the spread of nuclear weapons. In fact, it is an agreement by which countries which possessed nuclear weapons before 1968 promised to take steps towards permanent disarmament, while nations without atomic weapons promised not to develop at that time. A total of 191 states have acceded to the NPT, including the five nuclear-weapon states (China, France, Russia, United Kingdom and United States). The International Atomic Energy Agency (IAEA) is responsible for verifying the compliance of non-weapon states, as well as assisting them in the peaceful uses of nuclear energy.

The NPT allows parties to meet every five years to review its operation. The tenth such review is currently being held at the United Nations headquarters in New York.

Today a statement representing the views of 20 national and international industry associations supporting the peaceful uses of nuclear technology was presented to Ambassador Gustavo Zlauvinen, Chairman of the Tenth Review Conference of the Treaty on the Non-Proliferation of Nuclear Weapons, by the Director General of the World Nuclear Association, Sama Bilbao y León. The statement expresses their collective support for the NPT as a cornerstone of their industries.

“We therefore urge governments to firmly embrace nuclear technologies in their post-COVID economic recovery and energy transition plans, and to support policies aimed at ensuring the realization of their many benefits in line with the Sustainable Development Goals (SDGs) of the United Nations,” the associations said. said.

The statement said the industry recognizes that the NPT provides “the underlying framework for universal access to nuclear technologies for peaceful nuclear applications” and looks forward to “continuing to support the implementation and ‘fulfillment of responsibilities’ set out in the treaty.

Industry associations reaffirm their commitment to: support the important role and programs of the IAEA; facilitate the implementation of international legal commitments, safeguards agreements, additional protocols and regional and bilateral agreements providing for verification by the IAEA; denounce dangerous or illicit practices concerning the management of nuclear and radioactive materials; integrating safeguards, safety and security measures into the design of new nuclear facilities; proper management of used nuclear fuel; supporting the achievement of the UN SDGs; and to maintain a high degree of safety and to ensure the responsible and sustainable development of nuclear technology in the future.

The associations called on states parties to the NPT to “recognize that nuclear energy and technologies are essential for sustainable development” and to support the activities and actions of the IAEA aimed at expanding and maintaining access to peaceful uses. and to promote the safety and security of all civilian nuclear facilities for peaceful purposes.

All states parties that fulfill their obligations under the NPT have the right to access peaceful nuclear techniques and applications, the statement said. The open and transparent exchange of safety-related information is essential to the peaceful uses of nuclear technology, he added.

States parties must also “develop the potential of civilian nuclear technologies for peaceful purposes through an integrated approach involving the IAEA, UN agencies and other multilateral organizations, including international development banks”. The associations also called for a “swift and effective” harmonization of regulations that will facilitate wider access to peaceful nuclear technologies.

The Tenth Review Conference of the Treaty on the Non-Proliferation of Nuclear Weapons ends August 26.