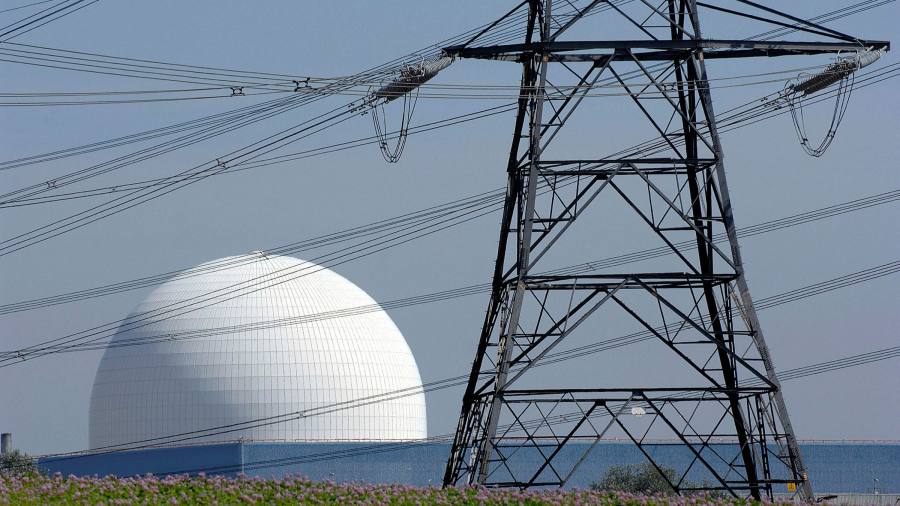 Green energy providers are protesting the prospect of having to add extra to household bills to pay for new nuclear power plants in Britain when their customers deliberately choose not to support divisive technology.

UK ministers aim to introduce legislation in the fall that would fund a large nuclear power plant proposed for Sizewell on England’s east coast via a ‘regulated asset base’ model. The scheme would see households help finance the construction of the Â£ 20bn plant via a surcharge on their energy bills, regardless of supplier.

Households already pay a number of political costs through their energy bills, such as subsidies for wind and solar projects, but a nuclear surcharge would prove particularly difficult for companies that provide their customers with deals. 100% renewable energy â€, which does not include nuclear energy.

Dale Vince, the founder of Ecotricity, the first company in Britain to offer its customers green electricity, told the Financial Times: â€œIt’s crazy we should all be paying this subsidy for at least one. decade of construction and not for the electricity produced.

â€œThe government is reluctant to fund nuclear projects itself, thus allowing Sizewell [C] to access the RAB [regulated asset base] system is simply dumping the cost onto consumers – even those who have become renewable, and that’s just plain unfair, â€added Vince.

Kit Dixon, policy manager at Good Energy, the UK’s first supplier to offer 100% renewable electricity to its customers, said “we should be deeply concerned” that the nuclear industry is showing itself off. potentially come up with such a deal to build expensive new plants “with little incentive.” deliver on time or on budget â€.

â€œWe need to stop seeing customer bills as some sort of cash machine for crazy projects,â€ said another energy chief executive who asked not to be named.

EDF, the French state-owned company that is developing the Sizewell C plant in Suffolk, says a regulated asset base model would lead to lower funding costs and, ultimately, “significant savings for consumers” . He argues that the “stable” initial returns offered by the mechanism, which would be regulated, would allow it to attract funding from pension funds and infrastructure that accept lower returns in exchange for lower risks.

The model is being used to build other infrastructure in the UK, including power grids and the Thames Tideway â€œsuper sewerâ€ in London.

EDF Energy, the UK arm of the French energy group, said it had conducted its own analysis suggesting that “new nuclear can save up to Â£ 5bn per year compared to a low carbon energy system without it” .

He added: â€œPitting nuclear and renewables against each other risks putting additional costs on consumers and doing the planet a disservice. Wind, nuclear and solar are all necessary for a reliable net zero future. “

Critics of the basic regulated asset model warn that it would expose households to cost overruns, which have been found to be common in the nuclear industry.

Environmental groups oppose nuclear power on the grounds that it is more expensive than technologies such as offshore wind and leaves a legacy of highly toxic waste that takes more than 100,000 years to decompose.

Bulb, the UK’s seventh largest supplier by market share, also warned in a response to a consultation on the core regulated asset model that using the nuclear power plant funding mechanism “does not protect customers who choose to be on a renewable tariff but add costs to their bills for a technology from which they will not directly benefit â€.

Companies that offer 100% green energy offerings either generate their own electricity from sources such as solar and wind energy or purchase certificates issued by renewable electricity producers to match their supply, although the latter practice has been described as â€œgreen launderingâ€ by certain consumer groups.

The UK Trade Department said the core regulated asset model remained a “credible option, with the potential to lower the cost of new nuclear projects to consumers by helping to leverage vital private investment.”

Energy is the world’s essential business and Energy Source is its newsletter. Every Tuesday and Thursday, straight to your inbox, Energy Source brings you essential information, cutting-edge analysis and insider intelligence. Register here.