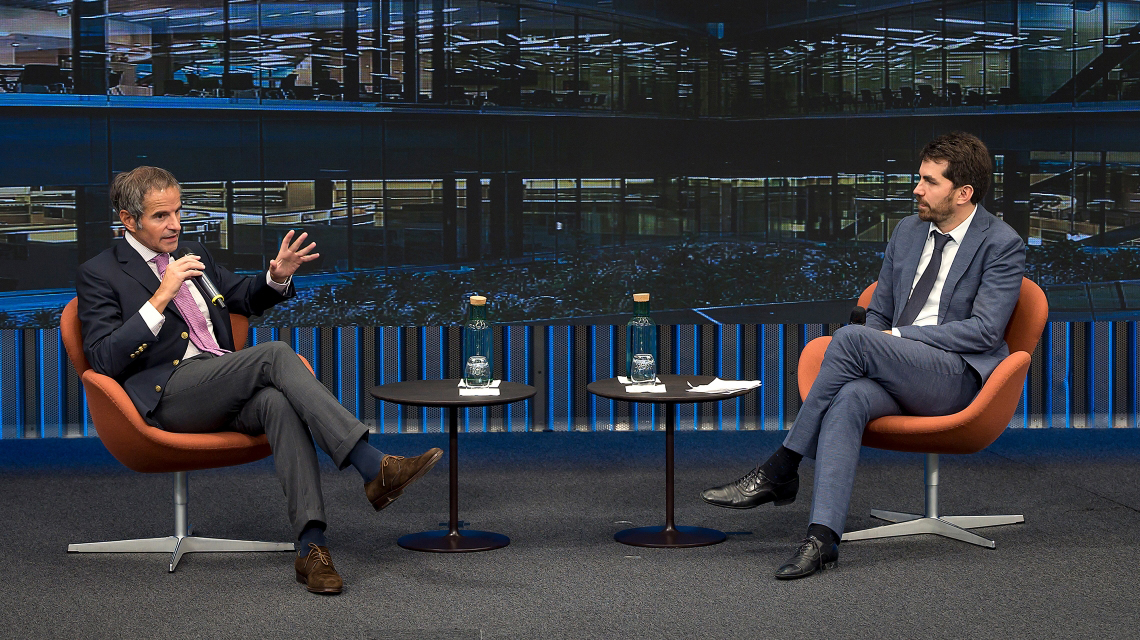 IAEA Director General Rafael Mariano Grossi received the 2020 Alumni of the Year award at the Geneva Institute of Advanced Studies on Saturday, where he discussed the vital role of nuclear energy in supporting climate goals and the IAEA’s mandate to promote the safe and secure use of nuclear technologies.

Mr. Grossi, who obtained his doctorate in international history from the Institute in 1997, thanked the Director of the Institute, Marie-Laure Salles for her invitation.

Nuclear power faces some challenges, but also offers many opportunities – especially as an important tool in the fight against climate change, a problem facing all countries today, he said. declared.

â€œNuclear energy is bound to play a role for quite a long time. We encourage their safe and secure use. It is through our safety standards that the IAEA sets for these activities that countries must work. And the same goes for security, â€he told participants of the 8th annual meeting of Institute alumni in Switzerland.

In 2019, fossil fuels – the dominant cause of global warming – still produced 63% of the electricity produced in the world. The need to shift to a low-carbon energy future is on the European and global agenda. Nuclear power, as well as renewable energies, can reduce greenhouse gas emissions into the atmosphere.

Around the world, 50 reactors are under construction and around 30 countries are launching or are planning to introduce nuclear power. Based on their current national plans, 10 to 12 new nuclear entrants are expected by 2035. The IAEA is helping to make this possible. It helps countries assess their individual situation. Since 2009, 32 analysis and monitoring missions of this type have been carried out in 22 countries.

The Intergovernmental Panel on Climate Change has concluded that without nuclear power, you simply cannot achieve the climate goals set by the United Nations. â€œNuclear power is part of the solution, it is not the panacea, of course, but it is an important part of the solution because, in particular in large economies, it has a very large footprint in terms of energy. â€Said Mr. Grossi.

The IAEA also helps countries safely extend the life of their nuclear power plants through peer review services and publications; as well as training and assistance in improving the management of plant life. It also plays a role in providing expertise in spent fuel and waste management to ensure that nuclear waste is handled in a safe and secure manner.

In conclusion, Mr Grossi described the work of the IAEA: â€œUltimately, it is a multilateral, science-based approach that also has political and normative dimensions. [â€¦] and which, as I said, tries to be an effective tool to address these challenges that we have – pandemics, climate energy and issues of war and peace. “