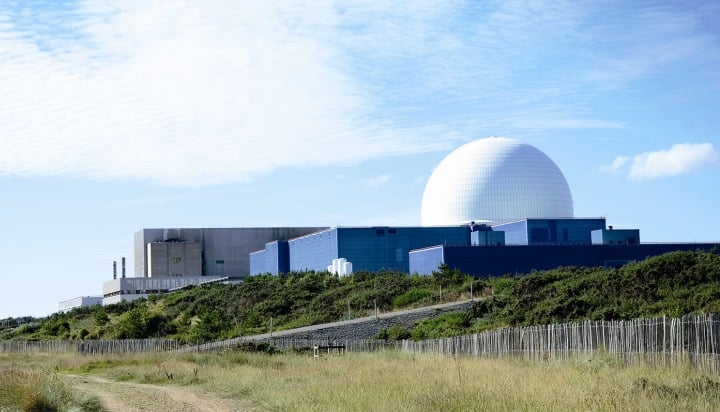 The first door has closed on what is the most productive low-carbon power plant park in British history. The withdrawal of the Dungeness B nuclear power plant – one of the top 10 clean energy assets of all time in the UK – marks a watershed moment in our country’s clean energy journey.

Are we letting our climate leadership slip away or are we rising to the challenge and investing in new nuclear capabilities to secure jobs, reduce emissions and ensure our energy security?

Dungeness B dates back to a time when the UK was building fleets of clean energy power plants. From Hinkley Point to Hunterston, the country has brought 14 advanced gas-cooled reactors (AGRs) online in 12 years.

The last station was built in just seven years. These seven AGR stations, located less than a square mile of land, have saved 1.2 billion tonnes of carbon emissions, more than any other source of electricity. Even today, they still produce 20% of the country’s electricity.

If you factor in the growing demand for clean energy – four times as much by 2050, according to the Climate Change Committee for things like electric vehicles and heat pumps – then that’s far from enough. .

A â€œnon-problemâ€ according to some, a gap â€œeasily filledâ€ by new renewable capacities. It’s a great idea, but it is far from the reality of what is possible, or desirable. The loss of five nuclear power plants by 2024 will wipe out all other clean energy capacity contracted to be commissioned until 2025. This means the UK will not make any progress in decarbonizing its electricity supply in the country. over the next four years.

Without new investment, that means 200 million tonnes of additional emissions by 2035, and the loss of skilled jobs and critical national capacities. As that steadfast nuclear power base shrinks, it also means burning more gas to stabilize the grid.

By 2025, the government wants to have completely dethroned king coal, but the loss of nuclear means the gas will reach a purple stain. Replacing one fossil fuel with another fossil fuel will not take us to net zero – these are all the fossil fuels we need to stop burning for electricity. It can be hard to bear given the repeated and consistent warnings of an overly predictable situation, but it is the reality of the situation.

So what’s the answer? Build a new nuclear fleet to create thousands of good, well-paying jobs, train a new generation of apprentices, and ensure that investments flow down the supply chain into local communities, while reducing emissions and keeping us on track to meet our climate goals. An increase in renewable capacity will go in part, but – as we have seen repeatedly over the past winter – variable production means they can’t do it alone.

Simply put, only nuclear can replace nuclear. Nuclear power is our only proven, firm and emission-free source of energy. It is the most powerful and efficient form of energy that we have. It is the only low carbon technology capable of producing both clean energy and clean heat.

To fulfill this promise, the government must make decisions over the next three years to replace our existing fleet with new capacity. This year, ministers are due to produce a new nuclear financing model to lower the cost of capital, making it cheaper and easier to raise money to build new power plants.

Next year, they must create the policy framework to allow the deployment of modular reactors, and they must support Sizewell C until the final investment decision. By the end of Parliament, they will also have to support another large-scale nuclear project with IDF.

This would restore our nuclear capability and preserve our world-class nuclear skill base. She is daring and ambitious, but she does not go beyond us. We did it in the 1970s and 1980s and we can do it again.

For all of this to happen, we need action, and that means legislation for a new funding model for nuclear. Doing nothing means losing jobs and watching the shows go up. Building more nuclear power plants is the only way to ensure this doesn’t happen, but the government must act now before it is too late and the last door closes.

A few years ago Tom Greatrex, CEO of the Nuclear Industry Association, spoke to ELN about what the industry expects from the government’s low carbon policies.

Remembering activist Stan Swamy, 84, who died ahead of bail hearing