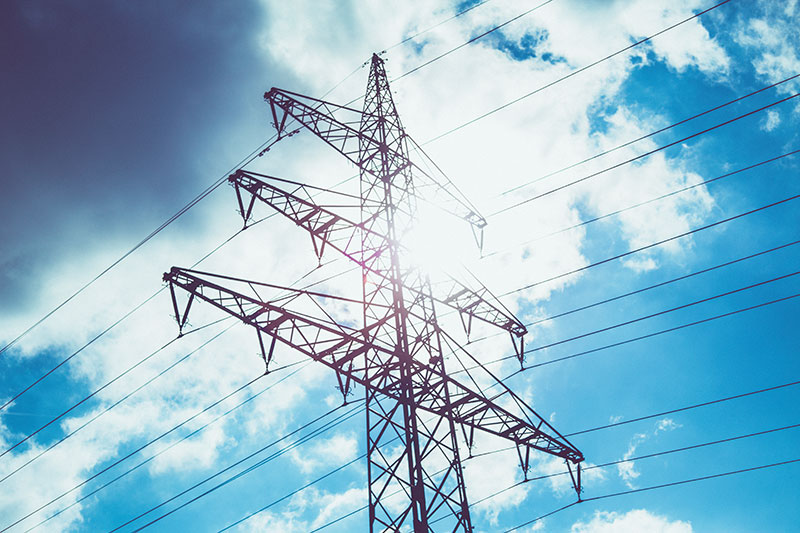 In recent months, electric utility customers across the United States have received a shock as they open their monthly electric bills. The high costs they incur are largely the result of years of misguided government energy policies, which have narrowed the options for supplying reliable power. US power producers have been forced to become more dependent on natural gas and must compete with foreign countries for our domestic natural gas supplies. These countries are prepared to pay 1,000% more than American consumers are used to paying. Some, notably Russia, have taken advantage of the situation to weaponize energy to advance their radical interests.

American policymakers have enthusiastically promoted solar and wind generators, regardless of how well the operating characteristics of these technologies match the energy needs of the United States. But when these solar and wind resources fail – something as predictable as the sun goes down and the seasons change – power producers must turn to reliable thermal energy resources 24/7/365. For large-scale energy production, this means natural gas, coal and nuclear. But, in the face of increasingly stringent regulations and price competition from heavily subsidized renewable resources, coal and nuclear power plants are increasingly being pushed into retirement.

In 2020, the United States added 27.6 gigawatts (GW) of solar and wind resources, as well as 6.6 GW of natural gas; virtually no coal or nuclear resources were added. In fact, over the past decade, 95 GW of coal-fired capacity has been shut down, along with 12 nuclear reactors. Today, no new coal-fired power plants are built in the United States and only two nuclear reactors are under construction. Therefore, when solar and wind do not present themselves, electricity providers must increasingly turn to a key flexible resource: natural gas. Today, 40% of electricity generation in the United States is powered by natural gas, up from 17% in 2001.

Solar and wind proponents will no doubt maintain that utility-scale battery technology is the silver bullet to solving the renewable energy intermittency problem. But today, less than 1% of US solar and wind capacity is backed up by batteries. Large-scale storage technology remains largely in the development stage. Rapidly deploying large, large-scale batteries to back up hundreds of gigawatts of solar and wind resources will require aggressive and costly growth in battery manufacturing capacity. Today, much of the mineral content needed to produce lithium-ion batteries – the most sought-after technology for utility energy storage and electric vehicles – comes from countries like China and Russia, whose interests do not align well with those of the United States.

As the United States is learning right now, we to have to take into account differences in foreign interests in energy. In recent years, Russia has supplied a third of Europe’s natural gas for heating and manufacturing. In response to Russia’s recent invasion of Ukraine, these countries imposed sanctions, so Russia cut off the flow of natural gas. As a result, gas prices are skyrocketing around the world. Large US buyers of natural gas, including East Kentucky Power Cooperative and Big Rivers Electric, traditionally pay $2–3 per million BTUs for natural gas; meanwhile, power generation counterparts in Europe and Asia pay between $20 and $30. In fact, in recent months, spot prices in these regions have shot up to $50 to $60 per million BTUs. Recently, Big Rivers decided to convert one of its coal-fired plants to natural gas due to these low gas prices, only to see the same gas prices jump over $9-10 per million BTUs.

For US electric customers, that means high electric bills. President Biden recently pledged to increase US natural gas exports to help our European friends. (It should be noted that US natural gas exports overseas are a new development. In 2016, the US exported very little liquefied natural gas overseas. By the end of this year, the United States will have more export capacity than any other country in the world, nearly 14 billion cubic feet of gas per day. In addition, each day the United States exports to Mexico 7 billion cubic feet via pipelines.) As a result, Americans find themselves in the awkward position of bidding against foreign nations for our own country’s natural gas supplies.

Meanwhile, the pressures that have limited and reduced coal and nuclear power generation are catching up with the natural gas industry. Gas drillers who cut production during the COVID economic slump have been slow to restart production, even as factories and stores came back to life in 2021. Media reports suggest gas producers are reluctant to hire big dollars in drilling due to punitive regulatory risks. And even if they want to, drillers are struggling to find financing due to pressure on banks to cut loans to fossil fuel production.

At a 2019 town hall in New Hampshire, President Biden said he would jail the heads of fossil fuel companies. It may have been election season hyperbole, but his administration certainly wasted no time in targeting the industry. The Environmental Protection Agency is rolling out an intensive barrage of regulations targeting fossil fuels; this will hasten the closure of even more coal-fired power plants and further hamper the development of new natural gas capacity. These actions create enormous uncertainty for financial partners, which are vital to the capital-intensive energy industry. As a result, financial institutions are moving away from fossil fuels or raising funding costs to prohibitive levels.

As with natural gas, U.S. coal producers suddenly have a lucrative opportunity to export coal to countries willing to pay much higher prices than the U.S. coal market has seen in recent years, creating strong pressure to rising costs at the national level, as well as a scarcity of available coal. as mining companies face many challenges in restarting operations, including labor and equipment shortages, limited rail transportation, high financing costs and regulatory resistance.

Recently, US Secretary of Energy Jennifer Granholm visited EKPC’s solar farm near Lexington, Kentucky. During his visit, EKPC CEO Campbell informed Secretary Granholm that renewables are playing an important and growing role in power generation, especially to reduce carbon emissions and combat climate change. . But he also informed her that if the United States goes too far too fast with the transition, it will seriously compromise the cost and reliability of the American energy supply, which is of crucial importance for the well-being of the American people and the American economy.

EKPC and Big Rivers are committed to doing everything in their power, using every tool at their disposal to protect the reliability and profitability of the energy we provide to 1.35 million people and Kentucky businesses, while moving toward a more sustainable future as technology permits. . EKPC and Big Rivers believe in the “all of the above” approach to maintaining a more balanced resource portfolio using solar, hydro, coal and natural gas to protect the environment and maintain a reliable energy for our member-owners . We call on our nation’s leaders to make the same commitment and also to ensure that the United States does not expose the cost and reliability of our abundant domestic energy supplies to the whims of radical interests, foreign nations and our enemies who have recklessly militarized the world’s energy supply. .

Lessons not learned: Western Australia in conflict with Indigenous rights

Explainer-Inflation to nuclear energy: what are the stakes of the election in Japan