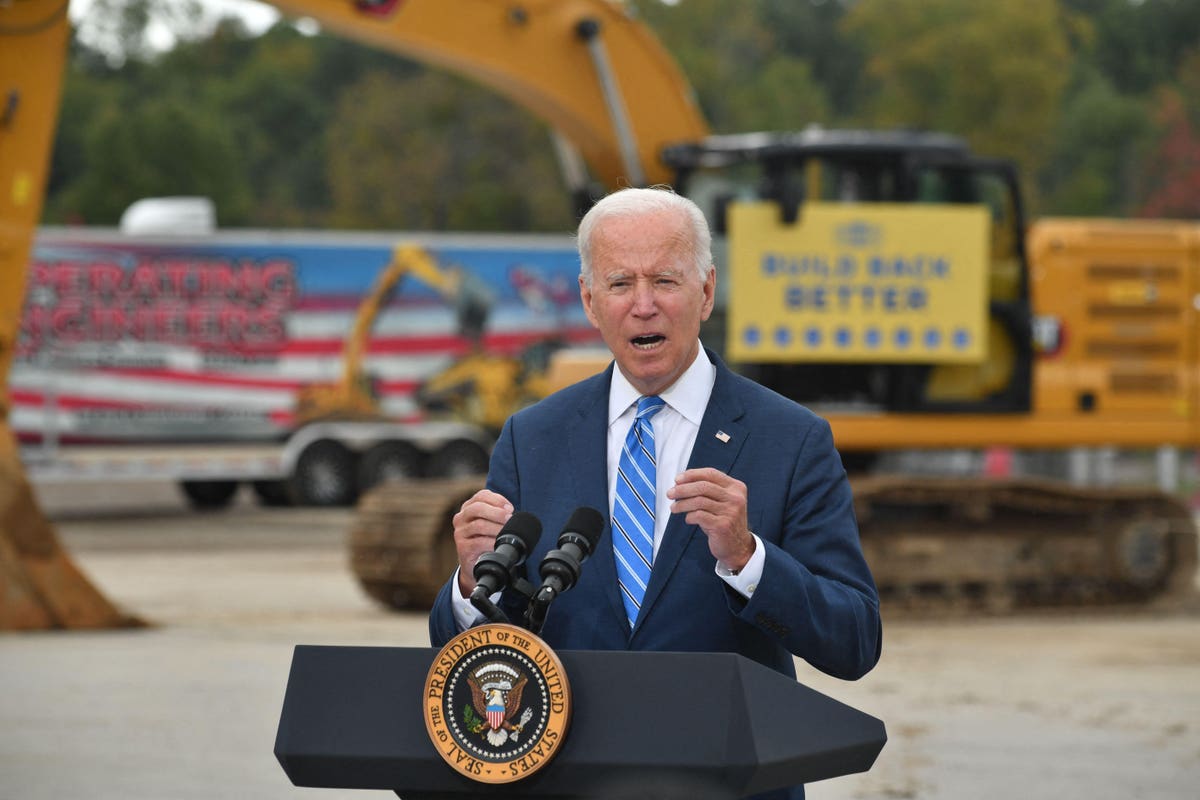 President Joe Biden and his fellow Democrats in Washington DC are furious with West Virginia Senator Joe Manchin and Arizona Senator Kyrsten Sinema for preventing the Senate from passing their so-called “Build Back Better”. This bill, originally sold as a $3.5 trillion “fiscal reconciliation” plan, eventually boiled down to a vast expansion of the social welfare state and the funding of much of Alexandria Ocasio Cortez’s Green New Deal, with a final price of $2.2. trillion.

The bill in its final form contained about $555 billion in new and expanded subsidies for “green” energy alternatives, with most going to the wind, solar and electric vehicle (EV) industries favored by Democrats. What most Americans are blissfully unaware of is the reality that the Green New Deal is intended to put the United States on the same failed path that many European nations have taken in the first 21 years of this century, a path that has led directly to a high degree of energy insecurity and a looming crisis this winter. By killing this legislative fiasco, Senators Manchin and Sinema have actually done Biden a huge service.

In one thursday editorialthe the wall street journal chronicles how Europe has come to its current point of energy crisis, just as Vladimir Putin is amassing troops and military hardware along the Russian-Ukrainian border. Europe has refused to allow development of its own substantial shale gas resources, which the US Energy Information Administration estimates to be almost as substantial as those in the United States.

This refusal to develop a key strategic resource, combined with an illogical decision to force its power grid into a situation of over-reliance on intermittent wind generation, has forced governments across the continent to scramble to secure additional supplies of natural gas – and coal – when renewable energies failed to deliver as winter approached.

Russia normally supplies about 40% of Europe’s natural gas needs, but Putin took the opportunity to limit deliveries to fall and early winter. This self-imposed over-reliance of Germany and other European countries on Russian natural gas probably caused Putin to act more aggressively than he otherwise would have, knowing that Europe can ill afford to have the gas supply cut off as the cold sets in.

As the Newspaper put it, “The West’s self-created energy vulnerability is one of the horrifying marvels of the age. One has to go back to the disarmament of the 1920s to recall an era of such deliberate self-delusion. So even as President Biden rushes to save Europe, his Build Back Better plan would send the United States down the same path of energy disarmament.

The Biden administration has been busy trying to help Europeans secure additional natural gas supplies via liquefied natural gas (LNG) imports, but there simply aren’t enough spare LNG carriers on land to meet all of Europe’s needs if their Russian gas supply were cut off. . US exports to Europe are already at full capacity, and other exporting countries like Qatar and Australia could help on margins, but have their own supply obligations to meet. Making matters even more constricting and desperate, Germany lacked the foresight to even allow an LNG unloading port within its borders. Incredible.

At the same time as all this energy crisis activity in the West was taking place, Chinese President Xi Jinping told his government leaders on Wednesday that the country’s tenuous and distant commitment to reducing carbon emissions should not interfere with ” normal life” of ordinary citizens. . He further prioritized maintaining food security and energy security above the need to reduce carbon emissions.

Like reported by the British Guardian, Xi went on to say that his country must “overcome the notion of quick success” and gradually move towards its emission reduction targets. “Reducing emissions is not about reducing productivity, nor is it about not emitting at all,” he said. “We should stick to comprehensive planning and ensure energy security, industrial supply chain security and food safety while reducing carbon emissions,” Xi said.

Pursuing these economic and energy security priorities beyond emissions targets, China continues to invest in new coal-fired power plants. Indeed, according to a report by the Center for Energy and Clean Air Research, China built three times as much new coal capacity in 2020 as the rest of the world combined. the The Canadian Energy Center reported last August that more than 350 new coal-fired power plants were currently planned or under construction across Asia, including 184 in China. The Center also reported that China is financing the construction of hundreds of additional coal-fired power plants in other countries such as Turkey, Vietnam, Indonesia, the Philippines, Egypt and Bangladesh.

In November, Bloomberg reported on China’s plans to boost its energy security through a $440 billion investment in more than 150 new nuclear power plants, a plan the Xi government is proposing as part of its efforts to cut emissions to reach net zero d ‘by 2060. It should be noted here that the same climate alarmist movement that opposes oil, natural gas and coal also aggressively opposes any effort by Western governments to approve new nuclear energy.

It is also essential to note that Germany, whose energy situation is currently perhaps more dependent on Putin and Russian natural gas than any other European country, has proceeded to the systematic elimination of its own fleet of nuclear power plants these years, with the intention of closing its last 3 remaining facilities this year, even as it stands on the brink of an energy catastrophe. The absence of anything resembling what could be called common sense in such a plan is breathtaking, especially when compared to China’s downright aggressive efforts to ensure its own energy security. .

What we see happening in Europe is unilateral energy surrender. As the Newspaper note correctly, Biden’s “Build Back Better” fiasco would have set the US on that same path.

Americans who value their energy security should be grateful to Senators Manchin and Sinema, because it has not been easy to stand firm in the face of all the very personal criticism, condemnation and attack from their Democratic peers. and interest groups that support their party. things to do. Sometimes it even got physical: Sinema was assaulted by protesters in the women’s restrooms at the university where she still teaches. Manchin was assaulted by protesters in a Capitol Hill parking lot.

The president should also be grateful that they saved him and his party from his worst impulses. But apparently he isn’t, since he and congressional Democrats recently promised to break the Build Back Better bill into smaller pieces to consider separately.

America is not yet out of the woods of energy security.

Uranium Mine Sales Market Analysis by 2029