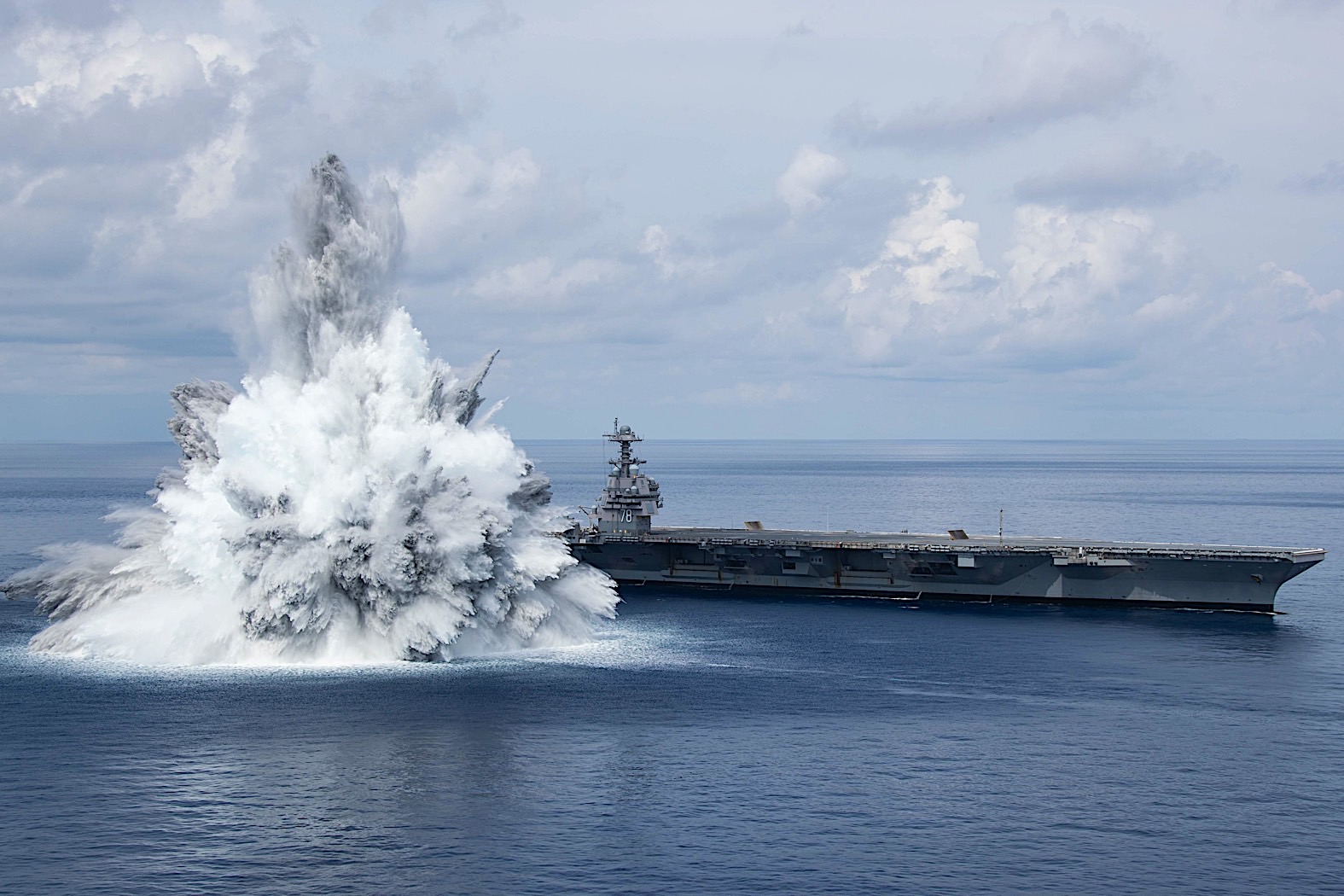 The USS Gerald R. Ford is described as â€œnewest and most advanced aircraft carrier in the US Navy.â€ Expected to go into service next year, this â€œfirst major design investment in aircraft carriers since the 1960sâ€ just passed its third and final explosive test this weekend, marking a major moment in the development of the platform.

Known as CVN 78, the carrier was deployed off the coast of Jacksonville, Florida, where on August 8 the Navy detonated a 40,000-pound underwater charge to see if the ship can withstand the impact of such an explosion nearby.

This was the third such test in what the Navy calls Full Ship Shock Trials (FSST), which were conducted over the past four months. Just like in the previous two occasions, the Ford emerged from the test unscathed, and it will now move to the Tidewater area for a six-month Planned Incremental Availability (PIA). That means more detailed inspections and assessments of the damage sustained during the FSST.

The initial inspections show, according to the Navy, that the carrier was capable of withstanding â€œFormidable shocksâ€ and kept operating. And so did marine life, apparently, spared an untimely demise by means of explosives through carefully â€œRespecting known migration patternsâ€And detecting â€œMarine life at great distances, through ocean waves and white caps.â€

With a displacement of about 100,000 tons, the Ford is a huge vessel. It stretches for about 1,100 feet (335 meters) and towers 256 feet (76 meters) above the waterline. Powered by two nuclear reactors, the ship has a virtually unlimited range, and it will be able to travel to any corner of the planet at speeds of about 30 knots (35 mph / 56 kph).

Once ready for the seas, the USS Gerald R. Ford, which is the lead ship of its class, will be home to over 70 airplanes that will conduct missions across the world.