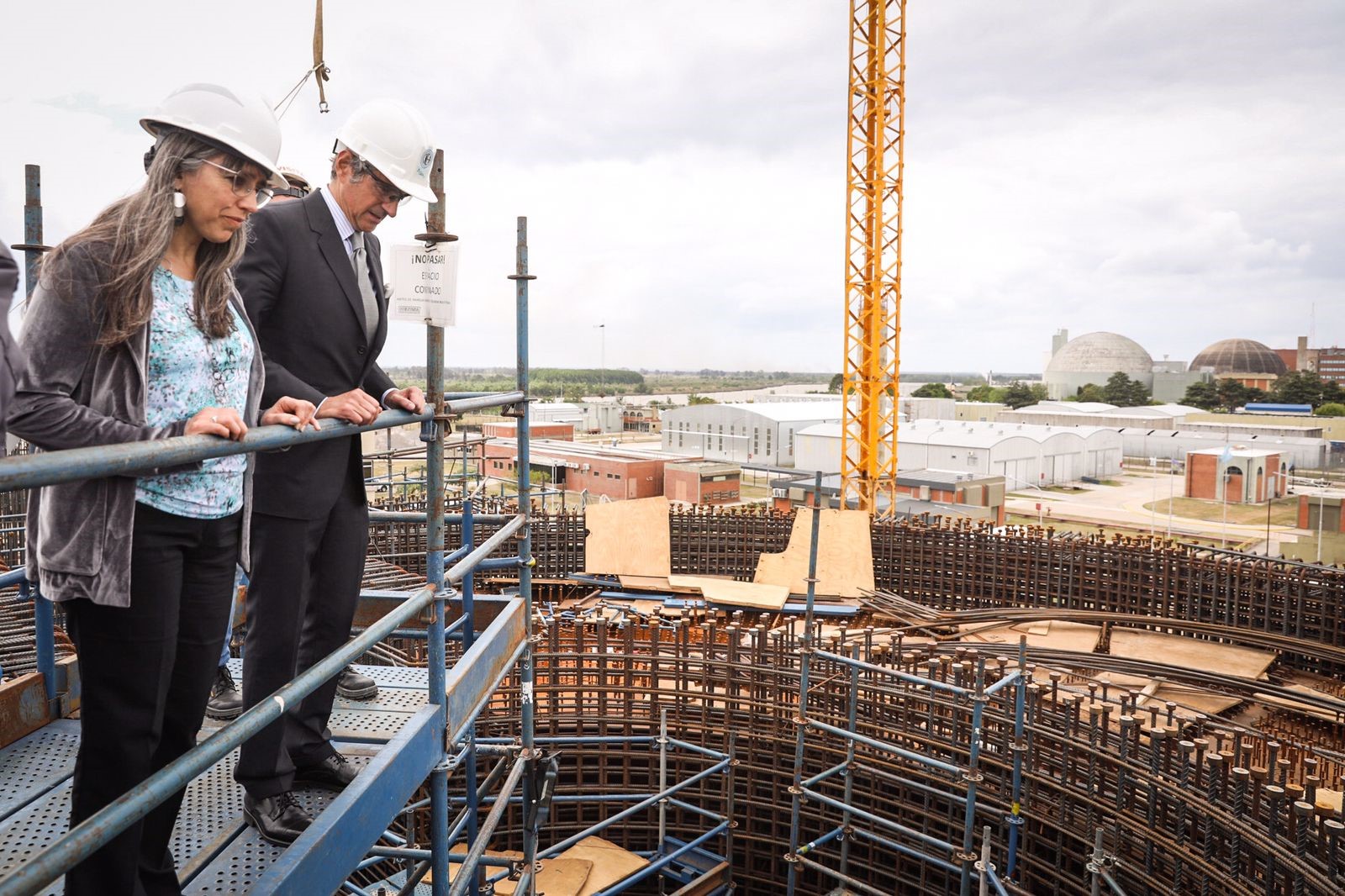 “The IAEA will continue to support Argentina’s nuclear applications and its contribution to regional development through the peaceful use of nuclear science and technology,” IAEA Director General Rafael Mariano Grossi said during the meeting. of his first official visit to the country, where he is meeting several senior officials this week and visiting nuclear facilities and institutions.

On Tuesday, Mr. Grossi met with Argentine President Alberto Fernandez and Santiago Cafiero, Minister of Foreign Affairs, International Trade and Worship, and expressed his gratitude for Argentina’s support for the IAEA’s efforts to establish a nuclear protection and safety zone around the Ukrainian nuclear power plant in Zaporizhzhya. . “In these difficult times of uncertainty, international organizations must also rise to the occasion,” he said. Mr. Grossi has engaged in high-level consultations with Ukraine and Russia in recent weeks aimed at agreeing and implementing a nuclear safety and security protection zone as soon as possible, stressing that it is urgently needed to help prevent a nuclear accident.

During a meeting with Flavia Royon, Secretary for Energy, discussions focused on the importance of Argentina’s nuclear program and its role in the country’s energy mix. Argentina has three operating nuclear power plants: Atucha I and II, which Mr. Grossi visited on Tuesday, and Embalse. Nuclear energy produces 7.5% of the country’s electricity. Argentina is also building its first prototype small modular reactor (SMR), CAREM 25. Mr. Grossi visited the site of the new reactor, which will include the reactor containment, control room and all safety and operation. The CAREM-type reactors will produce 32 megawatts of electricity and will be the first nuclear power reactor designed in Argentina.

In addition to CAREM, Argentina is building a new research reactor, RA-10. Mr. Grossi also visited the construction site of RA-10, which will have wide implications in the fields of health, science and technology and industry. “RA-10 will support Argentina in the production of radioisotopes for medical purposes, food security, agriculture and more,” Grossi said.

Beyond nuclear energy and research reactors, Argentina also exploits nuclear applications to treat cancer. During his progress tour towards the establishment of the Argentine Center for Proton Therapy on Monday, Mr. Grossi reiterated the IAEA’s willingness to support Argentina in its efforts to provide cancer care to all, through the IAEA’s Rays of Hope initiative. The initiative, launched this year on World Cancer Day, aims to tackle global inequality in access to cancer care. “Cancer is far more devastating in developing countries than in developed countries, and it is not the strength of cancer that causes this inequality,” Grossi said. “The root of this problem lies in the lack of access to life-saving treatments, such as the various forms of radiotherapy.” The Argentinian Center for Proton Therapy will be the first of its kind in Latin America. The Center will use proton therapy – a radiation treatment – which is particularly beneficial for treating tumor cells in vital or hard-to-reach organs of the body.

Mr. Grossi also met with Agustin Arbor Gonzalez, President of the Nuclear Regulatory Authority (RNA), to discuss the regulatory challenges and the essential role of having a regulatory basis for the various Argentine projects, such as CAREM 25 and the Center Argentina for proton therapy.

Last month, the IAEA completed an Integrated Regulatory Review Service (IRRS) mission to review all of the RNA’s regulatory functions and responsibilities against international safety standards. The mission found that Argentina has a comprehensive and robust regulatory system for nuclear and radiation safety, and recognized that it had successfully implemented a comprehensive education and training program in radiation protection and nuclear safety for more than 40 years for the countries of the region.