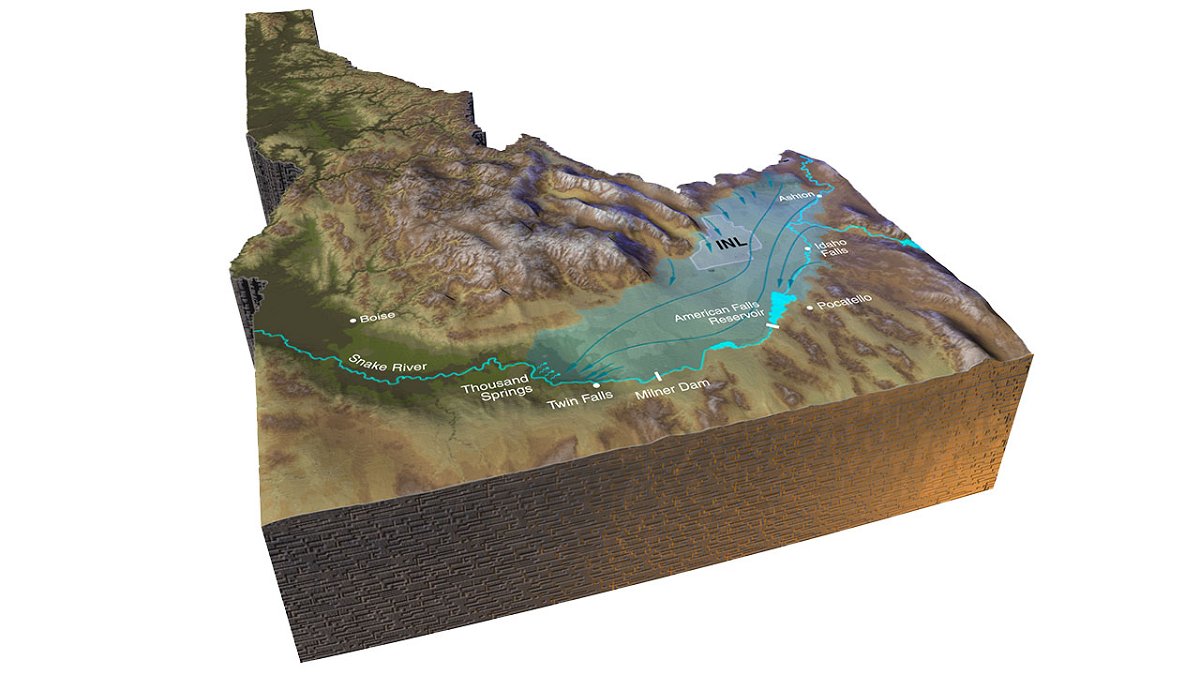 IDAHO FALLS, Idaho (KIFI) – The environment at the Department of Energy (DOE) Idaho National Laboratory (INL) site and the underlying Snake River Plain aquifer are considerably safer today after 30 years of cleaning in accordance with state and federal regulations.

When the DOE, the State of Idaho, and the United States Environmental Protection Agency (EPA) signed the Federal Facility Agreement and Consent Order (FFA / CO) in December 1991, they presented a plan to investigate and clean, if necessary, more than 500 people waste areas within the 890 square mile site, which was established in 1949 to design, build and test nuclear reactors for land, sea and air applications.

Waste sites, consisting of uncoated sewage disposal ponds, piles of debris, plumes of radioactive groundwater, barrels and buried boxes of radioactive and hazardous waste, and even unexploded ordnance, have all have since been assessed and most of the cleanup is complete.

“This deal has stood the test of time,” said Connie Flohr, environmental management (EM) manager for the Idaho cleanup project. “It provides the regulatory framework that we still use today to complete our cleanup work. “

Teams will complete a project approximately 18 months ahead of schedule that removed more than 10,250 cubic meters, or over 49,000 drums, of radioactive and hazardous waste from an uncoated Cold War landfill known as name of underground disposal area.

Three vacuum extraction units removed more than 258,000 pounds of solvent vapors from below the landfill and destroyed them with catalytic oxidation technology were deactivated in August 2020 to determine if vapor concentrations would meet targets for sanitation under natural conditions. Sampling and analysis of thousands of vapor samples has shown that performance goals and repair targets were met early.

These two projects – the disposal of waste from the landfill and the use of the vacuum extraction units – were designed to protect the aquifer, which sits 585 feet below the surface of the landfill.

At the north end of the site, more than 825 million gallons of water have been treated with a pumping and treatment system over the past 20 years. In addition, bioremediation is underway and involves injecting sodium lactate or a similar product into a plume of contaminants in the aquifer to create favorable conditions for natural microorganisms to “feed” on the waste. An additional well was completed this summer to help target a source area of ​​residual trichlorethylene in the aquifer that was inaccessible using existing wells.

“The amount of environmental clean-up work the teams have done is impressive,” said Fred Hughes, program director for EM INL site contractor, Fluor Idaho. “Progress is visible and the aquifer benefits from a multitude of waste depollution projects.

Construction of the 510,000 cubic yard Idaho Comprehensive Environmental Response, Compensation and Liability Act (CERCLA) disposal facility in the early 2000s enabled the DOE to consolidate waste from many areas of the site into one. managed landfill that includes several feet of waterproof liners as well as a leachate collection system and lined disposal basins.

Over the next few weeks, teams are expected to complete the targeted exhumation of the buried waste from the 5.69 acres of the landfill that posed the greatest risk to people and the environment. This achievement, coupled with the successful vacuum extraction of solvent vapors, protects Idaho residents, wildlife, and the environment by protecting the Snake River Plain aquifer. The commitment to protect people and the environment continues to be the overarching goal of the agreement between the Idaho Department of Environmental Quality, EPA, and DOE.

These successful environmental corrective actions have taken place in parallel with efforts to process radioactive liquid waste from a repository at the INL site and ship the waste stored out of state for permanent disposal.

Here’s what it would take to end fossil fuel emissions