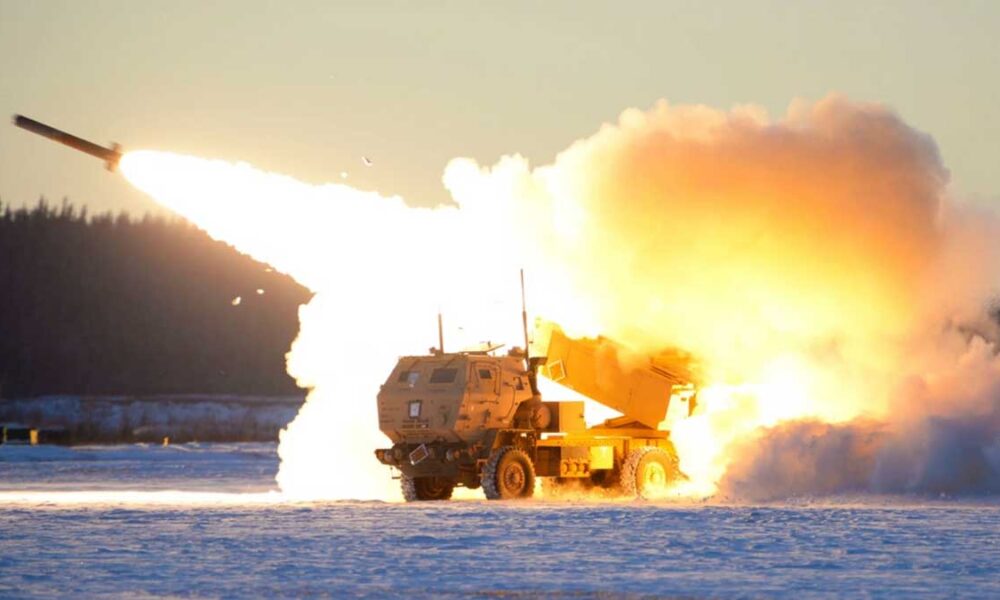 If neither the United States nor Russia accept defeat in Ukraine, there will be World War III – nuclear war

In this essay, I try to shed light on the geopolitical imperatives that make India’s involvement in the Quad inherently unique and distinct from other members.

The Prime Ministers of India, Japan, Australia and the President of the United States met in Tokyofor the second Quad Summit in person on May 24, 2022, three months after the meeting of the foreign ministers of these countries in melbourne, for the fourth time in three years. In addition to two virtual summits in March in 2021 and 2022, the leaders also met in person in September last year at washington d.c.. Over the past two years, the Quad has gained rapid momentum with regular multi-level interactions, and the scope of cooperation has expanded.

Although the Quad is not a formal collective security alliance, Japan and Australia are two of the United States’ “key non-NATO allies” in the Indo-Pacific, which means that the three countries are already allies. , with or without the Quad, which brings us to the question of India’s participation. India’s involvement brings an existential purpose to the four-nation grouping as it reflects the growing geopolitical weight of the Indian Ocean region and of India as an emerging Asian power in the strategic thinking of the three countries, particularly the United States, of de facto leader of the group.

Growing strategic insecurity emanating from the perceived disruptive rise of China over the past two decades, particularly after 2012has been a factor that has brought these four countries together, since the grouping was revitalized in 2017 after a gap of ten years since the idea of â€‹â€‹the ‘Indo-Pacific‘ was proposed by former Japanese Prime Minister Shinzo Abe. China and Russia are the only two countries in the world that outright reject the term “Indo-Pacific” and favor the use of the term “Asia-Pacific” because they see it as a US-led strategy to counter China.

While India is a democracy, like its three Quad partners, it also happens to be the only member of the group that has neither openly criticized nor imposed sanctions on Russia for its military intervention in Ukraine. Moreover, no other member of the Quad is as massively dependent on Russian arms supplies as India, although moves to diversify Indian imports are actively underway. Currently, until 70 percent Indian military hardware is believed to be of Russian origin.

The post-Cold War years saw India reach out to Southeast Asia, a region in the middle of the Indo-Pacific, as well as the United States. However, the disappearance of the aura of ASEAN-led regional institutional mechanisms, which India has associated itself with since 1992, to balance the Chinese rise can also be seen as one of the key factors that led the rise of alternative plurilateral groupings in Indochina. Pacific like the Quad and AUKUS (Australia-UK-US security partnership) over the past few years.

Even after the disintegration of the Soviet Union in 1991, the successor state of the Russian Federation remained a close strategic partner and an important defense supplier to India. Just last year, in 2021, India and Russia celebrated the Golden Jubilee of signing a historic agreement friendship treaty between the two countries during the Soviet era. Russian President Vladimir Putin was welcomed to New Delhi in December 2021 for the annual India-Russia Summit, and two months later Russian forces crossed Ukrainian borders, pushing global political stability to the brink.

Unlike the maritime-dominated geostrategic imperatives of other Quad members, India’s geography is tied to the Eurasian landmass, of which Russia is dominant, as much as it is tied to the Indo-Pacific ocean continuum. In fact, the biggest and most relevant of India’s security challenges stems from its land borders. While Japan is an archipelagic country located entirely in the North Pacific, Australia lies between the Indian and Pacific oceans to the south, and the United States is sandwiched between the Atlantic and Pacific oceans to the east and west respectively.

Additionally, India happens to be the only member of the Quad that shares a land border with China. The 3,488 km long undemarcated area Real control line (LAC) between India and the Tibet Autonomous Region of China is often considered the longest disputed border in the world. Apart from these differences, India also participates in Russian and Chinese led groupings such as the Shanghai Cooperation Organization (OCS) and the BRICS (Brazil, Russia, India, China and South Africa groupement), which limits India’s options in full involvement in US-led groupements such as the Quad or any other. New Delhi sees its involvement in the aforementioned groupings as an indicator of a reformed multilateralism, traditionally seen as Western-dominated, and wishes to chart its own place in the emerging multipolar world order.

Even after four summit meetings, four ministerial meetings and numerous working groups on specific issues brought into action, the Quad has yet to openly acknowledge the elephant in the room, i.e. China, or its higher objective of balance of powers, which should essentially give a security dimension to the grouping. But there is no progress yet. Adapting and reconciling India’s varied interests with the broader collective agenda of the grouping is also a big challenge. Items on the Quad’s agenda since the first-ever virtual summit in March 2021 include a partnership to manufacture and distribute vaccines to needy countries in the Indo-Pacific region by building on each other’s strengths, critical technologies and emerging, climate resilience, cybersecurity, space, fostering people-to-people connections through educational opportunities, humanitarian assistance and disaster relief (HADR), etc.

The launch of the Indo-Pacific Maritime Domain Awareness Partnership (IPMDA) at the recently concluded Tokyo summit could enable information sharing between existing regional fusion centers. It can also strengthen India’s participation in an agenda item closely related to security: maritime data sharing. As a regional leader in the Indian Ocean, India’s naval surveillance capabilities, including the Gurugram-based Information Fusion Center-Indian Ocean Region (IFC-IOR), can be better utilized. to achieve the collective objectives of the grouping, aimed at identifying illegal activities in the seas of the region.

Another key initiative launched on the margins of the Tokyo summit is the Indo-Pacific Economic Framework for Prosperity (IPEF), which adds a key economic pillar to Washington’s engagement in the region, particularly in the context of China’s Belt and Road Initiative (BRI), which India also opposes over concerns regarding its sovereignty and territorial integrity. Moreover, the Indian pharmaceutical industry can play a major role in the vaccine initiative announced last year, which has yet to fully materialize.

India’s deepening ties with the United States also play an important role in shaping India’s participation in the Quad and broadening the generic programs of cooperation currently identified to a more security, for which recent signs are positive. While the previous Trump administration subtly welcomed India back into the Quad, in 2017 the Biden administration cemented ties and largely followed a policy of continuity toward India. Decision on whether to impose CAATSA (Countering America’s Adversaries through Sanctions Act) sanctions on India over Russian arms purchase is on hold and unlikely to be imposed because the ties between the two countries remain strong, despite the Russian factor, both bilaterally and within the framework of the Quad.

In 2018, the United States renamed its oldest and largest military command, Pacific Command, to “Indo-Pacific Command”, in a largely symbolic move acknowledging India’s growing importance in American strategic thinking and calculations for Asia . In the same year, the annual India-US â€œ2+2â€ Ministerial Dialogue was also inaugurated. Two years earlier, in 2016, India had become Major defense partner of the United States, followed by the inking of a series of founding military interoperability pacts, the last being the Basic Exchange and Cooperation Agreement (BECA), signed in 2020.

At the same time, while a member of Quad Japan hosts the largest number of US military bases in the world, falling more under the protection of the US alliance and the nuclear umbrella, the other member of the Quad, Australia, is part of other US-led groupings in the region, such as the ‘Five Eyes‘ intelligence network, ANZUS (Australia, New Zealand and the United States) and the recent grouping AUKUS. However, India has never been part of a security alliance since its independence and has followed the path of “non-alignment” (during the Cold War years), which later metamorphosed into “multi- alignment “.

India’s simultaneous involvement in a diverse set of groupings with varied aims, objectives and participants, and its proximity to both Russia and the United States is pure diplomatic skill indeed. However, being a vibrant democracy and a key maritime power in the Indian Ocean region brings India closer to the common values â€‹â€‹and interests of the Quad. The Quad today reflects the need for balance of power in the Indo-Pacific, where a power transition is underway with the rise of China. The Quad largely reflects a Western-led response to this power transition, while Indian interests are aligned both by being part of the Western-led response, i.e. Quad, IPEF and IPMDA, and also by acting as a key independent pillar in the changing regional and global order.

US nuclear waste could power the US for 100 years