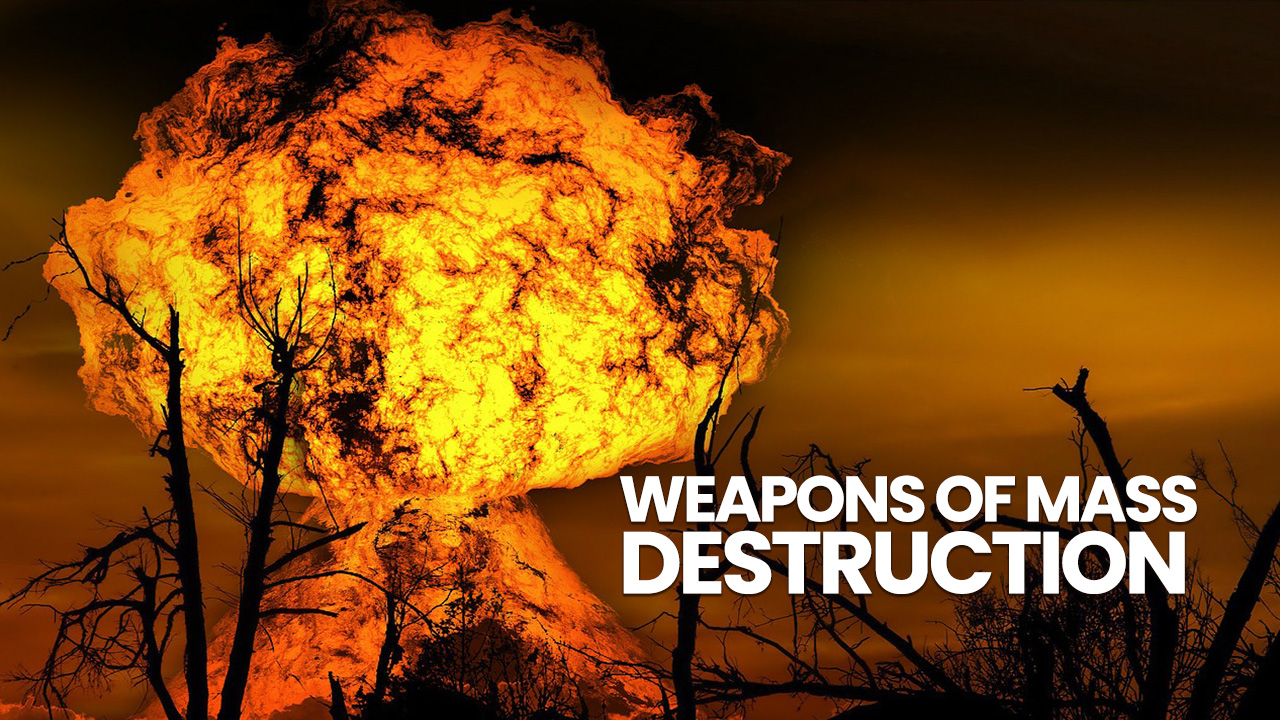 The 2005 law prohibits the transit, manufacture and transfer of weapons and associated means of delivery. Weapons of mass destruction include biological, chemical and nuclear weapons. This bill expands its scope. The bill prohibits the financing of weapons and allows the government to seize, freeze or seize the economic resources and financial assets of those involved.

What are weapons of mass destruction?

Weapons of mass destruction (hereafter referred to as “weapons”) can cause great casualties and ruin valuable property. Nuclear, chemical, radiological, and biological weapons are often included, although other elements can be included as well. Sadly, that happened on 9/11 when planes full of fuel were used as weapons, killing hundreds, hitting the Pentagon and bringing down the 110-story twin towers.

The range of attacks involving weapons depends on the creativity of the enemy. Some cases include the explosion of a train loaded with toxic chemicals as it arrives towards a city, or the positioning of an X-ray instrument, advertised as HVAC equipment, near the intake openings of a building. crowded. Generally speaking, weapons can include Nuclear, biological and chemical weapons.

According to the legislation, chemical warfare involves dangerous compounds and their progenitors used in activities other than agricultural, military or industrial. Biological weapons use microbial agents or poisons with no protective, peaceful or prophylactic use.

Have weapons of mass destruction ever been used?

The extensive use of chemical weapons began during World War I when the Germans used mustard gas in the village of Langemarck in 1915. During World War II, Japan used biological weapons against China. The United States used nuclear weapons when it dropped atomic bombs on the cities of Hiroshima and Nagasaki in Japan.

International restrictions limit the use of these weapons. The 1925 Geneva Protocol prohibits biological and chemical weapons. BWC 1972 and CWC 1992 banned chemical and biological weapons. Under the NPT, countries must reduce their nuclear stockpiles and theoretically eliminate them.

Since the 1970s and 1980s, these countries have had fewer warheads. North Korea ratified the deal but later pulled out.

India introduced the Arms Act 2005 to curb illegal acts related to WMD and their delivery vehicles. The 2005 Act states that India is dedicated to the goal of global nuclear disarmament and exercises control over the export of organizations, equipment, technologies, materials and chemicals related to weapons and their transportation methods.

The 2005 law also provides an integrated legal curriculum for preventing the transfer of arms to terrorists or non-state actors.

The Minister introduced the Bill to Amend the 2005 Act, which simply banned the production of weapons. The bill prohibits the financing of weapons and their transportation. According to the changes, the Center can mandate any authority to apply the law.

A person who aids or violates sections 8 and 10 of the law faces at least five years in prison, up to life, and a fine.

Why is the bill being discussed now?

The Amendment Bill sets out the rationale for its introduction at this time under its ‘Statement of objects and motives. It states that international regulation has extended the regulation concerning the proliferation of weapons and their means of delivery. Furthermore, “of the United Nations Security Council targeted financial sanctions and Financial Action Task Force recommendations mandated to address the financing of the proliferation of weapons of mass destruction and their means of delivery”.

In view of the above, “it is necessary to amend the said law to prevent the financing of the proliferation of weapons of mass destruction and their means of delivery in order to fulfill our international obligations”, The law project bed.

More power in the hands of the government against the financing of terrorism: India’s position

Biological and Toxin Weapons Convention – The Treaty entered into force in 1975 and aims to prohibit the expansion, production, possession, transfer and use of biological weapons. During the recent UNSC meeting in Ukraine which took place in March 2022, India insisted on compliance with the Biological Weapons Convention. In total, 183 countries out of 195 are signatories to this convention, of which IndiaUnited States, Russia and Ukraine.

A safeguard mechanism under the supervision of the International Atomic Energy Agency, is established under the Treaty in order to achieve the objective of non-proliferation and to foster confidence among States Parties. Agency inspections ensure compliance with the Treaty. Safeguards prevent fissile material from being diverted to nuclear weapons, promoting international cooperation and equal access to peaceful nuclear technology for all nations.

1970 saw the entry into force of the Treaty of Rome. Treaty of Rome extended on May 11, 1995. 191 countries, including five nuclear powers, have ratified the Treaty. Most countries have accepted the NPT, showing its value.

India and the Nuclear Non-Proliferation Treaty:

The United Nations Security Council unanimously endorsed Nuclear Non-Proliferation Resolution 1887, which, among other things, called on states that were not parties to the Nuclear Non-Proliferation Treaty to become parties. However, in response to the resolution, India stated explicitly that it would not accede to the Treaty as a non-nuclear weapon state, as nuclear weapons are a vital aspect of the national defense of the India. Only the five permanent members of the UN Security Council (the United States, Russia, the United Kingdom, France and China) are recognized as nuclear powers, and other countries can only join the Treaty. as non-nuclear weapon states. This is unacceptable to India, hence the subject of joining the Treaty is moot. India has stated that it “cannot accept any norms or standards imposed from outside on matters within the jurisdiction of its Parliament or which are inconsistent with the constitutional provisions and procedures of India, or which are contrary to the national interests of India or impinge on its sovereignty”.

India’s position on the Comprehensive Nuclear Test Ban Treaty is also based on sound political considerations. Indian officials have said the treaty, in its current discriminatory form, will not be able to be signed and ratified by their country. India, on the other hand, has promised to maintain its voluntary and unilateral embargo on further nuclear testing indefinitely. Only India has said it believes its security will be enhanced rather than diminished in a nuclear-weapon-free world, making it the only nuclear-weapon state to make such a statement.

Empowerment of Government by Bill:

The statute regarding weapons of mass destruction needs to be amended, this is the time when technological advancements increase every minute. With the rapid increase in progress, concerns are also increasing regarding the use of weapons.

The amendment bill aims to provide some essential updates at this time. It gives the central government the power to take action against the activities mentioned in Article 12A. Subsection (3) of 12 A reads: “The central government may exercise its powers under this section through any authority which has been granted the power under subsection (1) of section 7.”

It also seeks to give the government the power to “freeze, confiscate or seize funds or other financial assets or economic resources held or controlled by such person, wholly or jointly, directly or indirectly; held by or for such person ; or produced or created from such funds or assets.”. The amendment further proposes to “prohibit any person from making funds, financial assets or economic resources or related services available to persons connected with any activity prohibited under this Law“.

Since global organizations like the Financial Action Task Force expanded financial sanctions, India has harmonized its own legislation to conform to international standards. Recent technological advances, such as drones or illegal behavior in biomedical laboratories, could be used for terrorist operations. The 2005 law did not take these risks sufficiently into account. The Amendment addresses new hazards and adapts to current realities.