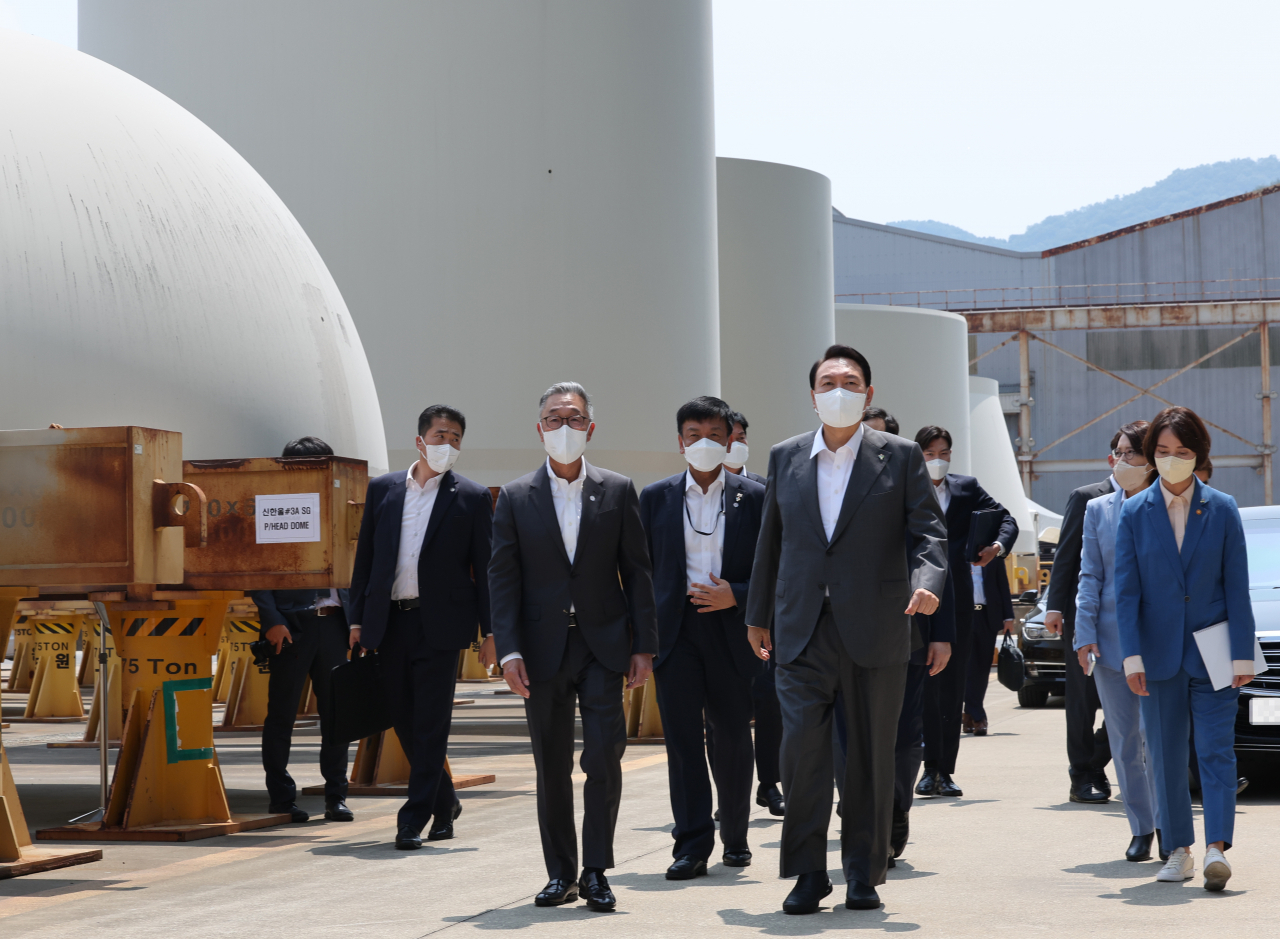 Lee is due to make a two-day trip to the Czech Republic from Tuesday before flying to Poland for another two-day stay, as the two European countries are building new nuclear power plants to ensure their own energy security and to achieve carbon neutrality targets, according to the Ministry of Commerce, Industry and Energy.

During the visit, the minister plans to meet with his counterparts and senior officials to explain Seoul’s “outstanding capabilities in construction, as well as manufacturing of equipment and parts in nuclear energy fields,” and to discuss detailed cooperation measures, the ministry said.

The agenda will also include issues of common interest such as electric cars, hydrogen, batteries and other areas of advanced industry and defense, he added.

The ministry also plans to hold a session in the two European countries to promote the South Korean nuclear industry by inviting government officials and business leaders.