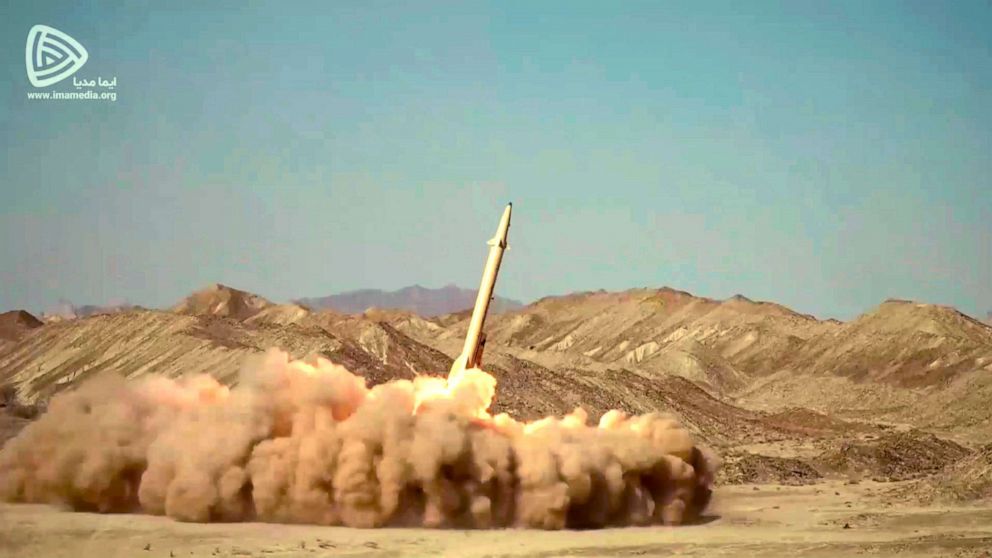 As nuclear talks enter what US officials have described as the ‘last moment’, Iran adopted a defiant tone on Friday, marking the 43rd anniversary of the Islamic Revolution that brought its hardline government to power. .

On the streets of Tehran, thousands of people celebrated in convoys of cars and motorbikes due to COVID-19 restrictions – waving flags, honking horns and displaying “Down with the United States” signs.

But elsewhere in the capital, a weary Iranian public suffering from years of harsh US sanctions and economic mismanagement is eager for relief, especially from skyrocketing inflation, which now tops 40%.

Whether they see a meaningful reprieve soon will depend on ongoing diplomatic efforts in Austria, where the United States and Iran are negotiating by proxy in a bid to resurrect a nuclear deal from the era of President Barack Obama.

At its core, the 2015 deal saw the United States and the international community lift some sanctions on Iran in exchange for limits on its nuclear program – a trade that was cut short by former President Donald Trump when he walked out of the deal and reimposed crushing US sanctions in 2018 — an attempt to strengthen his hand in the negotiations.

But in response, Iran has since stepped up its nuclear program, enriching enough uranium to high enough levels that US officials say they have only “a few weeks” to have enough to a nuclear bomb.

The move aims to lay the groundwork for resuming US compliance with the 2015 accord, but Iran’s Foreign Ministry has called it “insufficient”, with its president dismissive of ongoing talks in the Austrian capital.

“We place our hopes on the east, west, north, south of our country and never have any hopes on Vienna and New York,” Iranian President Ebrahim Raisi said in a speech on Friday.

Raisi’s speech was repeatedly interrupted by chants of “Death to America” ​​- a familiar slogan that dates back to the 1979 revolution that toppled the US-backed leader and ushered in an Islamist government, led by a supreme leader known by the clerical title, ayatollah.

But for the thousands of Iranians joining protests and burning flags, there are thousands more lamenting the economic situation, desperate for relief.

“The high prices are really hurting us,” a woman shopping with her mother told ABC News. She refused to identify herself.

“I’m not so political. I love my country, but the only problem is that things are really expensive, and when you have problems, people from the States don’t really solve them,” he said. she said, adding that since Raisi’s inauguration in August, “Nothing has changed. Nothing has improved. Things even got worse after him.”

Omid Kalavi, a toymaker in Tehran, said inflation meant more people came to him for repairs than to buy new toys for their children.

Without an agreement, these economic difficulties will continue. A senior State Department official said the United States would “fortify our response” if it were to back out of the talks, “and that means more pressure – economic, diplomatic and otherwise.”

Efforts by the Biden administration to broker a mutual return to the deal have yielded no results in 10 months of talks. While the two sides made progress last June, talks were suspended for Iran’s presidential elections.

Raisi’s government stalled for months before resuming negotiations in late November. After making intransigent demands at the start of the new round of talks, they returned last month “in earnest and professional negotiation,” the senior State Department official said.

But time is running out to reach a new agreement. U.S. special envoy to Iran Rob Malley and other senior administration officials briefed Capitol Hill on Wednesday on Iran’s growing nuclear stockpile and the urgency of the talks, which lawmakers called “sobering” and “shocking”.

“Escape time has gone from a year to weeks,” said Sen. Chris Murphy, D-Conn., echoing what Secretary of State Antony Blinken and other officials have said in recent years. weeks. Murphy added that “a deal is in sight, but there are significant gaps between the two parties that need to be bridged.”

The senior State Department official declined to discuss the remaining distance between the two sides, saying nothing was agreed until everything was agreed. But Iran has demanded some kind of guarantee that a future US administration can no longer walk out of the deal – the kind of promise no US president can give – while publicly calling on the US to completely lift restrictions. penalties first.

On the other side, the United States has warned that Tehran’s nuclear stockpile must return to the levels of the agreement – enriching uranium to 3.67% and with a stockpile of 300 kilograms for the first 15 years of the agreement. ‘OK.

“If not achieved … in the coming weeks, Iran’s continued nuclear progress will prevent us from returning to the JCPOA,” White House press secretary Jen Psaki said Wednesday, using an acronym for the official name of the agreement, the Joint Global Action Plan.

But many critics say that point has already passed. Iran is spinning more advanced centrifuges and building more, enriches uranium metal and enriches uranium up to 60% purity – a short technical step from military grade, which is over 90%.

Some analysts say that the scientific knowledge that Iran has developed since the cancellation of the agreement will be impossible to eliminate.

“You can’t put the genie back in the bottle. Once you know how to do things, you know, and the only way to verify that is through verification,” Rafael Grossi, director general of the International Agency for energy – the UN nuclear watchdog – told the Financial Times Last year.

But the restoration of the agreement aims to allow this verification, by ensuring that Iran does not use its program to develop a nuclear weapon. Iran has obstructed the work of the IAEA on several occasions in recent years. He did not report on uranium detected at three undeclared sites, and for a year now he has banned the agency from reviewing data from monitoring equipment at Iran’s declared sites.

The obstruction, which also includes harassment of some IAEA inspectors, “seriously affected the agency’s ability to provide assurance of the peaceful nature of Iran’s nuclear program”, the IAEA reported in late November.