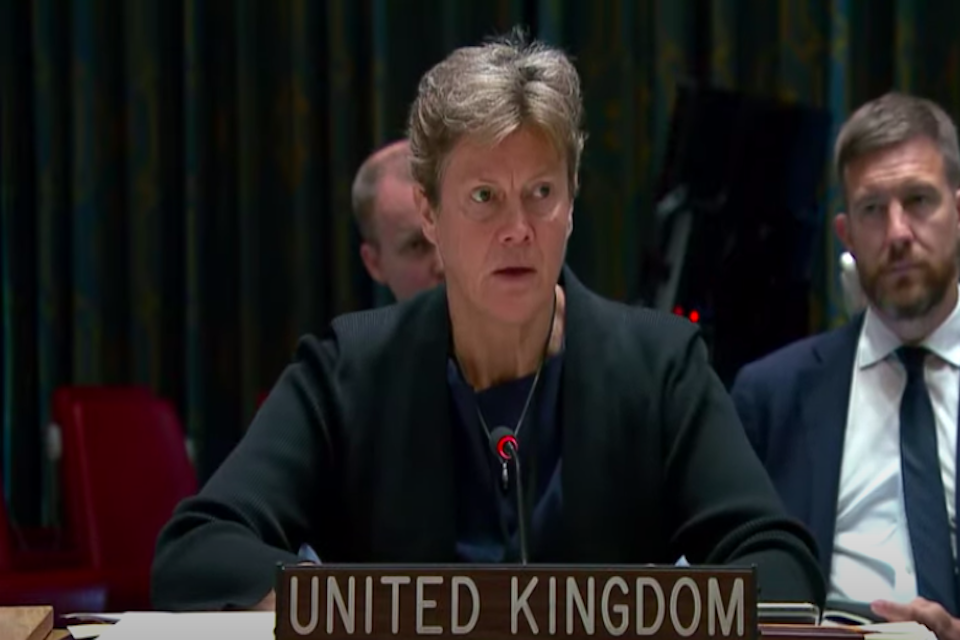 I join others in thanking USG Rosemary DiCarlo for her presentation. We welcome the thirteenth report of the Secretary-General on the implementation of resolution 2231 and thank the United Nations Secretariat for its continued professionalism and support.

It is important that we be clear: Iran’s nuclear program has never been more advanced than it is today and Iran’s nuclear escalation is a threat to peace and security. international.

Iran continued to improve its enrichment capabilities by developing, installing and operating new advanced centrifuges; it continued its rapid accumulation of uranium enriched up to 20% and highly enriched uranium up to 60%; and continued to scale back IAEA surveillance, most recently shutting down twenty-seven surveillance cameras as of June 8. Iran has also produced uranium metal, which provides knowledge applicable to weapons.

At the current enrichment rate, by the end of this year Iran should have enough enriched material to rapidly produce 90% enriched HEU for several nuclear devices. Iran also continues to develop ballistic missiles in a way that is inconsistent with Annex B of Resolution 2231.

Iran’s nuclear escalation undermines international peace and security as well as the global non-proliferation system and constitutes a flagrant violation of resolution 2231.

Mr President, an agreement has been on the table since March, after a year of intensive negotiations. By then there was a workable deal, which would bring Iran back to its commitments and the US back to the deal – reversing Iran’s nuclear escalation and lifting US sanctions related to the JCPoA .

However, Iran refuses to seize the opportunity, while making demands that go beyond the framework of the JCPoA. Iran should accept this agreement as a matter of urgency. There will be no better and if a deal is not reached, Iran’s nuclear escalation will lead to the collapse of the JCPoA. In this scenario, it will be up to this Council to take decisive action to ensure that Iran does not develop a nuclear weapon.