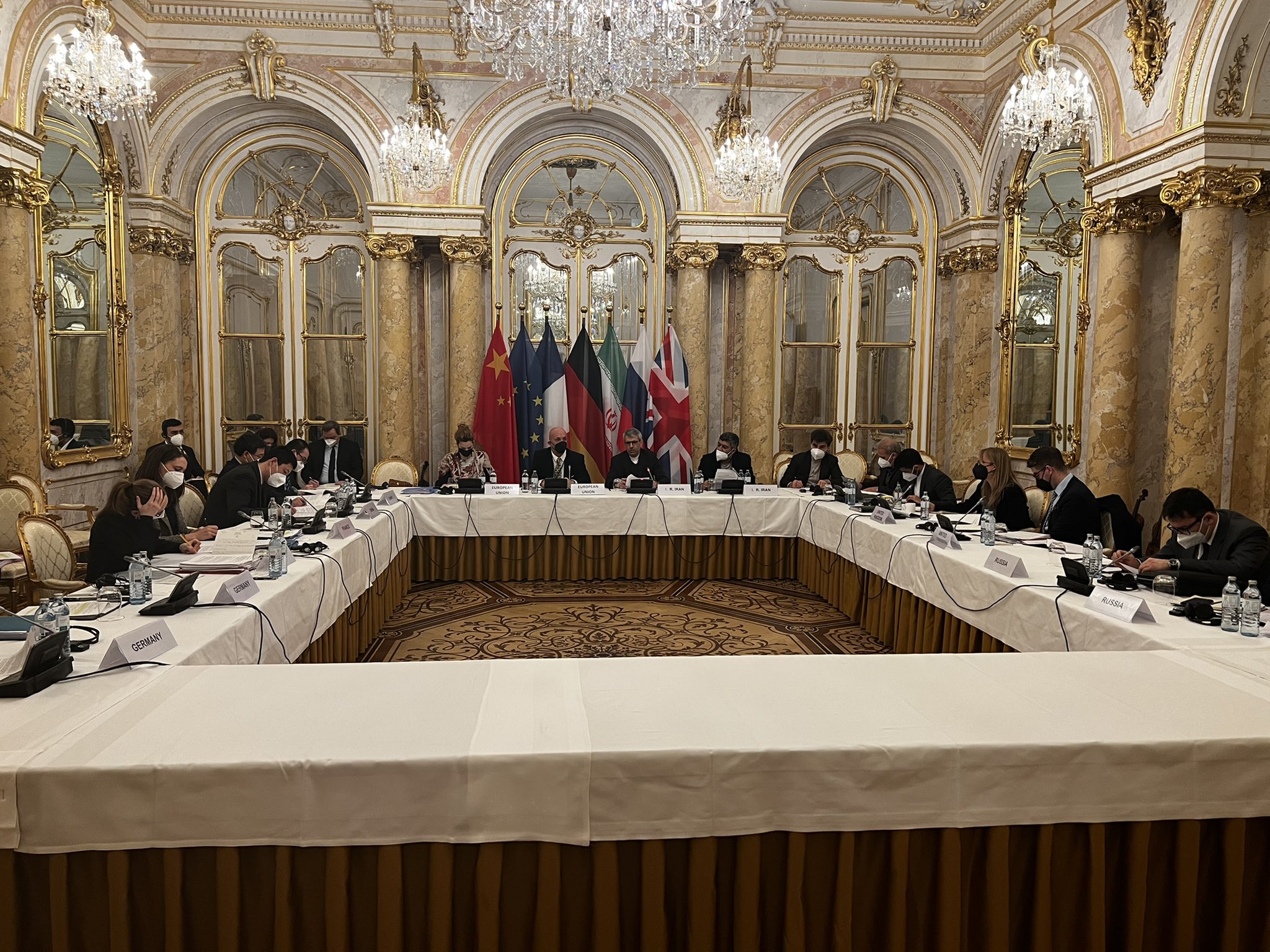 (February 27, 2022 / JINSA) As the United States and Iran move closer to a return to the 2015 Joint Comprehensive Plan of Action (JCPOA) nuclear deal, the revived deal is unlikely to restore what its predecessors in the Obama era claimed to be the primary benefit of the original deal. Namely, putting Iran at least a year away from enriching the value of a bomb with fissile material.

President Obama has touted the JCPOA as “buying 13, 14, 15 year assurances that the escape is at least a year…. And we’ve had those assurances for at least well over a decade. But a return to the original JCPOA terms now would not have the same effect.

If the Biden administration rejoins the JCPOA, Iran’s escape time could be anywhere from 6.5 to 4.8 months, but only for four years, after which time would steadily reduce to about three months. or less when the agreement expires in 2030.

The dangers of an Iranian race to a bomb increase as escape time – the time needed to produce at least 20 kilograms of 90% enriched uranium, the minimum needed for a nuclear weapon – decreases.

The time to rupture depends on four factors: 1) the stock of enriched uranium, 2) the level of enrichment of this stock, 3) the quantity and 4) the efficiency of the centrifuges available.

Escape times of less than two months could call into question the ability of the United States and its partners to effectively detect and respond to any Iranian attempt to sprint for a bomb. The JCPOA increased Iran’s escape time, at least temporarily, from as little as two months in 2015 to, as the Obama administration claimed, a year by capping stocks of enriched uranium at 300 kilograms of 3.67% enriched uranium and limiting operational centrifuges to an initial 5,060 first-generation IR-1 machines.

Yet the deal also contains significant concessions that will allow Iran to rapidly rebuild and expand its enrichment program in the years to come, including:

• For the duration, allow all centrifuges deployed beyond 5,060 IR-1 to be stored at Iranian nuclear facilities, rather than being destroyed or shipped;

• From 2026, allow Iran to build 400 fully assembled IR-6 and IR-8 centrifuges (200 of each) per year, and allow it to replace operational IR-1 centrifuges with IR-2m machines and more efficient IR-4;

• Beginning in 2030, allow Iran to use an unlimited number of centrifuges to build unlimited stockpiles of enriched uranium at any level of enrichment it chooses.

Thus, any attempt to revert to exactly the same terms as the original JCPOA, particularly those regarding centrifuges, would allow Iran to stockpile – and therefore rapidly redeploy – the advanced centrifuges it has developed and operated since he left the deal in 2019.

With its advanced centrifuges in storage and available for relocation, should Iran decide to rush a bomb, a restored JCPOA could leave Tehran with an estimated escape time of 6.5 months, nearly half that that President Obama presented as the main benefit of the agreement.

Unlike the entry into force of the JCPOA in 2015-2016, Iran today has acquired invaluable and irreversible know-how through the development and operation of these advanced machines since leaving the agreement. , which would help accelerate any future breakthroughs.

Moreover, because these advanced centrifuges are so much more efficient, it is simpler and faster for Iran to reinstall them than to install the number of IR-1 centrifuges needed to achieve the same overall enrichment capability.

Iran is also rolling out additional centrifuges – if it completes its stated expansion plans before a deal is finalized, the breakout time under a renewed JCPOA would drop to around 4.8 month.

Little is currently known about the timing of Iran’s deployment of these centrifuges, given its months-long obstruction of IAEA inspectors at its main production facility in Karaj after an alleged covert attack caused significant damage in June 2021.

Furthermore, both of these escape estimates would begin to decline after January 2026, in line with Iran’s centrifuge research and development plan, privately agreed on the sidelines of the original JCPOA, which allows Iran to steadily expand its capacity. enrichment for at least the following three years.

What should the United States do next?

The Biden administration should urgently, and finally, accept that its oft-repeated concern – that Iran’s nuclear advances threaten to render the JCPOA obsolete – is already a reality, and that a genuine “return” to the parameters of initial agreement is not possible.

Moreover, one of the Obama administration’s main selling points – that Iran’s increased escape window would last at least a decade – is already more than halfway expired.

Therefore, rather than allowing Iranian diplomats to continue pulling strings in Vienna, dragging out talks and gaining influence by continuing to expand their nuclear program, the administration should make it clear that it will leave the talks at the informal but public deadline of late February. , agree or disagree.

As part of those final negotiations, the administration should insist that Iran destroy or ship, not simply stockpile, its advanced centrifuges under a renewed nuclear deal.

Regardless of what comes out of Vienna, the United States must also urgently strengthen the viability of alternatives to diplomacy to deter or prevent any potential Iranian escape.

Blaise Misztal is vice president for policy and Jonathan Ruhe is director of foreign policy for the Jewish National Security Institute of America (JINSA).

This article was first published by JINSA.