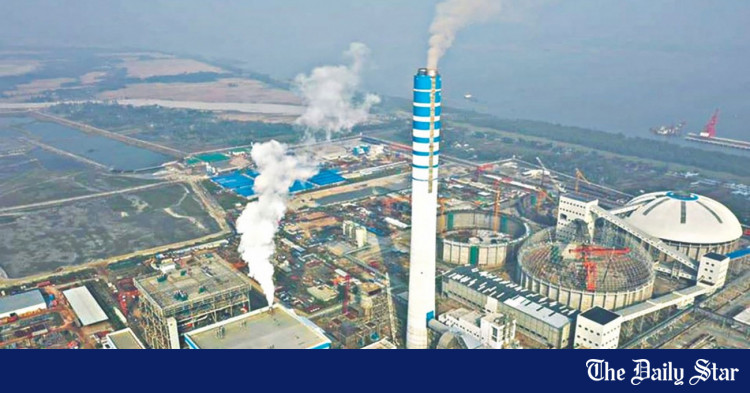 A headline on July 7 in The star of the day announced, “Prime Minister plans to cut power generation to save fuel”. I regularly receive messages about recent episodes of load shedding, and not just from the poorer neighborhoods of Dhaka, but from other cities and towns across the country. Load shedding in Bangladesh has now reached an alarming level. Rumors are circulating that the government may soon impose a work-from-home policy to save electricity. Fortunately, those privileged to live in apartment buildings with backup power generators feel less affected than the rest of the population, but one has to wonder how long this temporary respite will last.

Only a few months ago, our energy security appeared within reach and leaders were leaning towards a transition to a cleaner energy strategy. Last October, in a column in this newspaper, I extolled the success story of the electricity sector in Bangladesh (“How to fix the mess in the electricity sector?”, The star of the day, October 9, 2021). The country previously canceled 10 coal-fired power plant projects in July 2021 to reduce its future carbon footprint. There was constant talk of reducing the carbon footprint, and an official from the Department of Energy and Power announced, “There is a global concern about (the use of) coal and we need to buy into it. The government is committed to reducing carbon emissions. “

For all the latest news, follow the Daily Star’s Google News channel.

The tone has since changed. After Japan’s JICA canceled funding for Phase 2 of the Matarbari coal-fired power plant, the Prime Minister’s energy adviser asked at a recent conference in Dhaka: “When Europe returns to coal-fired power plants and invests millions of dollars, how can you [Japan] make the decision not to fund Matarbari?”

So what happened, or as we say in Spanish “que pasa”? How have things changed so quickly that we have moved from an optimistic “zero carbon” scenario by 2050 to a grimmer picture with discussions of a traditional non-renewable and more carbon-intensive strategy? Well, the geopolitical outlook has changed and so much more. Inflation, the war in Ukraine, and skyrocketing oil and gas prices have simultaneously weighed on our clean energy transition plan.

Bangladesh, like all other countries, will now have to pay greater attention to its goal of energy security in light of the changing global economic and political reality and carefully balance the cost of a rapid transition to energy sources. cleaner energy. In a New York Times editorial, Mark Malloch-Brown, former UN Under-Secretary-General, writes that “South Africa’s energy transition plans indicate the scale of the challenge. Switching from coal to renewables like solar, wind and hydro will cost some $250 billion over the next three decades, about 3% of South Africa’s GDP”. Wealthier countries were once expected to fund developing countries’ technological transition programs, but now they are investing in armaments, new energy sources and their own war games.

Bangladesh is now rightly winding down previous plans to achieve ‘zero carbon’ by 2050. The Prime Minister’s energy adviser has vehemently denied that Bangladesh has made any promises of net zero carbon emissions. ‘Bangladesh is a very low carbon country and that’s why the promise of net zero emissions by 2050 will not apply to Bangladesh,’ said the Prime Minister’s energy adviser during a recent seminar on the Integrated Energy and Power Master Plan (IEPMP).

Looking ahead, Bangladesh needs to review its long-term energy strategy. Leaders need to reassess some of the misguided policies of the past. “Oil and gas remain at the heart of the world’s energy systems and are essential to energy security, at least in the short to medium term”, according to Professor Ernest J Moniz, former US Secretary of Energy and Professor Emeritus of Physics and Systems Engineering at MIT. “The slogan against the transitional role of fossil fuels has hindered progress on both climate change and energy security. Climate change and energy security must be a conversation to address both as effectively as possible,” Moniz adds. .

The government has signaled that it is now in favor of generating electricity from coal. Coal is making a comeback as energy needs increase, while the poorest countries struggle to obtain LNG supplies. The price of gas is expected to decrease over the coming year.

My research on the gas market leads me to believe that price volatility is likely to worsen. Natural gas prices have risen globally since the war in Ukraine and have risen from $4 per unit in 2020 to $41 today. “The gas crisis in Europe is drying up the LNG world,” said Valery Chow, head of Asia-Pacific gas and LNG research at Wood Mackenzie, an energy consultancy. “Emerging markets in Asia have paid the price and there is no end in sight.”

The dilemma for Bangladesh is multiple. Coal-fired power plants face the loss of credit while the tight LNG market depletes all energy from our foreign exchange reserves. The Minister of State for the Ministry of Power, Energy and Mineral Resources, however, expressed optimism that a short-term plan to extract an additional 618 million cft of gas from 46 wells in the country could bring results in three years.

“Nuclear energy is an important part of the future of clean energy. There are far fewer carbon emissions from solar energy. Along with this, new technologies will be our priority,” a- he added. Bangladesh could benefit from the funds the Biden administration is pouring into nuclear technology as well as renewable resources like solar and wind power.

As for the volatile oil market, prices could fall further in the coming months. The Paris-based International Energy Agency has lowered its oil demand forecast for this year and next. In a July 12 report by OPEC, global oil demand growth is expected to decline next year to 2.7 million barrels from 3.4 million barrels per day in 2022. This projection is based on the decline in projected GDP growth in Europe. economies and the United States due to soaring inflation and rising interest rates. China’s economic recovery is also expected to be slow, further easing pressure on oil markets.

Dr Abdullah Shibli is an economist and works for Change Healthcare, Inc., an information technology company. He is also a senior researcher at the US-based International Sustainable Development Institute (ISDI).

Oil stocks versus nuclear stocks: which is better?