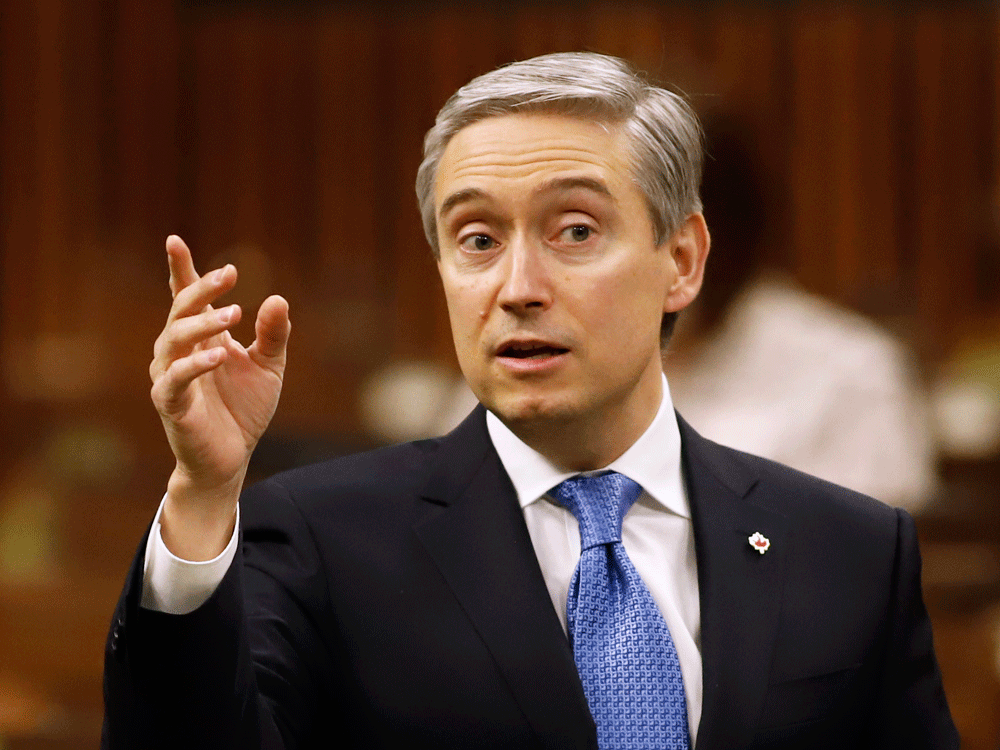 The Liberal government is accused of sending mixed messages about the nuclear industry and how it can help adapt to a green environment.

The dispute shows mixed support for the industry at best, critics say.

Chris Keefer, president of Canadians for Nuclear, said excluding nuclear from green bonds doesn’t make sense because Ontario has shown it can help decarbonize a grid.

“We need to invest in the biggest hit for decarbonisation, but we don’t have much time. We have limited resources so we need to invest in what works,” he said. “These decisions have to be made based on this science and I think the Liberals see themselves as a party of science.”

On Thursday, Industry Minister Francois-Philippe Champagne announced a $27.2 million investment in Westinghouse Electric in Burlington, Ont. The funding will help Westinghouse with its small modular reactor named the eVinci Micro-Reactor, a $57 million project.

Canada has always been a world leader in nuclear technology, and today we are building on that heritage.

We will support the hundreds of workers from @WECNuclear by contributing $27M to their eVinci SMR!

This means more good jobs for Canadians and a cleaner future for all. pic.twitter.com/C6Xq7T7ivG

The proposed reactor would be small enough to be transported on a large truck and could deliver up to five megawatts of power, enough to power remote work sites or hundreds of homes.

“What’s really exciting about this one is that it has the potential to obviously decarbonize some of our communities, which are heavily reliant on diesel as a fuel source,” he said.

The green bond program was announced in last spring’s budget and detailed rules were released earlier this month. Green bonds would be part of Canada’s broader debt program, but the money would be specifically diverted to environmentally friendly programs, such as climate change adaptation measures, other forms of renewable energy and energy efficiency.

Keefer pointed to the closure of coal-fired plants in Ontario as a major factor in meeting its climate goals and that while renewables have played a role, nuclear has played an important role in replacing electricity needed.

“We achieved the largest greenhouse gas reduction in North American history with the elimination of coal, which was 90% fueled by nuclear energy,” he said. .

“We want to support all renewable energy that could help us decarbonize and be a leader in the 21st century economy,” he said. “We have other sources of funding, to make sure that we would be able to help these innovations that we’ve seen now, for example, in small modular reactors.”

Several countries like the UK that have issued green bonds have excluded nuclear, but there is no universal agreement on what makes a bond green. Last fall, Ontario’s Bruce Power issued $500 million worth of green bonds that were quickly bought up by investors.

Keefer said the popularity of Bruce Power’s bid made it clear there were plenty of environmentally conscious investors willing to invest in nuclear.

“There was $3.5 billion of investor interest in this fund, so it was seven times the interest in terms of what they were actually offering,” he said.

We need to invest in what works

Keefer said that with the enormity of the climate change challenge, the government should not ignore nuclear power.

Keefer said there had been strong industry support from some members of the Liberal government, but other cabinet ministers, including Environment Minister Steven Guilbeault, had appeared less supportive.

Tory MP Kyle Seeback, the party’s environment spokesman, said the exclusion of nuclear as well as liquefied natural gas did not think of the big picture.

“This ideology-based exclusion of two of the most abundant sources of low- and no-carbon fuels in Canada flies in the face of science and is an insult to Canada’s 76,000 nuclear workers and the thousands of others who work in LNG,” he said. noted.

Seeback said there’s no reason nuclear and LNG shouldn’t be in the mix.

“These important sources of energy meet all the environmental, social and governance investment criteria, but the Minister has excluded them. Conservatives believe these energy sources must play a role in the future of Canada’s emissions reduction plan and the global path to a low-carbon future.

Sign up to receive the best daily stories from the National Post, a division of Postmedia Network Inc.

Thank you for your registration!

A welcome email is on its way. If you don’t see it, please check your spam folder.

The next issue of NP Posted will soon be in your inbox.

We encountered a problem during your registration. Try Again