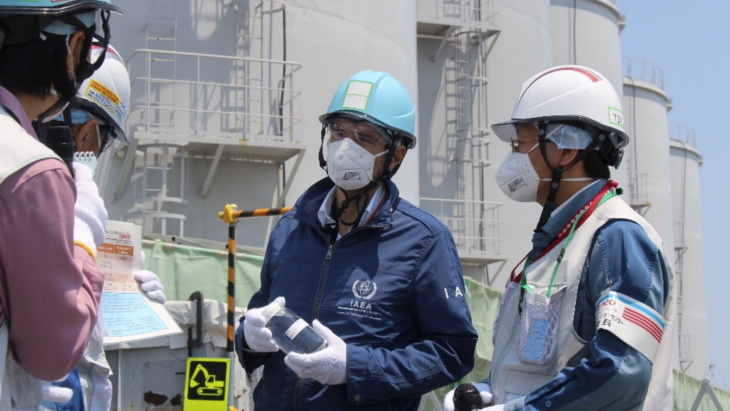 US engineering group Jacobs has been selected by Tokyo Electric Power Company (Tepco) to support efforts to decommission its damaged Fukushima Daiichi nuclear power plant in Japan. The announcement came as the head of the International Atomic Energy Agency (IAEA) said there had been “remarkable progress” in dismantling the site.

Under a five-year framework agreement, Jacobs will draw on deep domain knowledge and decades of experience at major US and UK nuclear sites to provide program and project management services to the Tepco’s Fukushima decontamination and decommissioning engineering company.

Jacobs specialists in Japan and the UK have been working with Tepco since 2016. In this new framework, they will be integrated into the customer’s organization to help further develop in-house decommissioning and engineering capabilities, who will assume responsibility work previously subcontracted.

“Building on important cultural aspects of our customer relationship, effective communication and mutual understanding as well as our deep domain experience, we will deploy deep technical capabilities to deliver superior solutions,” said Karen Wiemelt, vice-president Jacobs Senior President for Energy, Security and Technology. “Jacobs values ​​this opportunity to create bespoke processes, embodying industry best practices, to advance the cleanup of the world’s most complex nuclear decommissioning site for the benefit of future generations.”

Akira Ono, Chief Decommissioning Officer of Tepco, added: “We are delighted to have this agreement and look forward to the significant contribution that Jacobs can offer by providing Tepco with the technology and knowledge gained from successful projects at Sellafield in the United Kingdom. -United. This agreement is an opportunity to deepen our cooperation and to proceed safely and smoothly with the dismantling of the Fukushima Daiichi nuclear power plant.”

Grossi sees progress on the site

IAEA Director General Rafael Mariano Grossi visited the Fukushima Daiichi plant on May 18 as part of a three-day visit to Japan. He observed preparations for the discharge of treated water and noted “the remarkable progress in the dismantling of Fukushima Daiichi since my last visit two years ago”.

The IAEA is committed to independently monitoring the planned discharge of treated water into the sea at the plant and will provide regular assessments to the Japanese government and the international community, Grossi told Prime Minister Fumio Kishida in Tokyo. May 20.

“Japan has made significant progress in its preparations, and the IAEA task force is satisfied that Tepco and the Ministry of Economy, Trade and Industry (METI) have identified the appropriate next steps to the water discharge planned for 2023,” Grossi said. “The IAEA is committed to providing a thorough safety review before, during and after the discharge of treated water and to carrying out our work in an objective and transparent manner.

“For the future, the IAEA has many other activities planned – additional missions, independent sampling and analysis of treated water and environmental samples to corroborate data from Japan, and exposure assessment radiation workers on site.”

The IAEA task force is to conduct a second mission to Japan in the second half of 2022, which will monitor Tepco and METI’s progress on technical matters, as well as review the revised assessment of the radiological impact on the environment.

“The continued scientific review and objective review by the IAEA of the ocean release is an extremely important effort to better understand the public, both at home and abroad,” Prime Minister Kishida said. . “Japan intends to continue to respond with the utmost transparency; we look forward to continuing to work with the IAEA.”