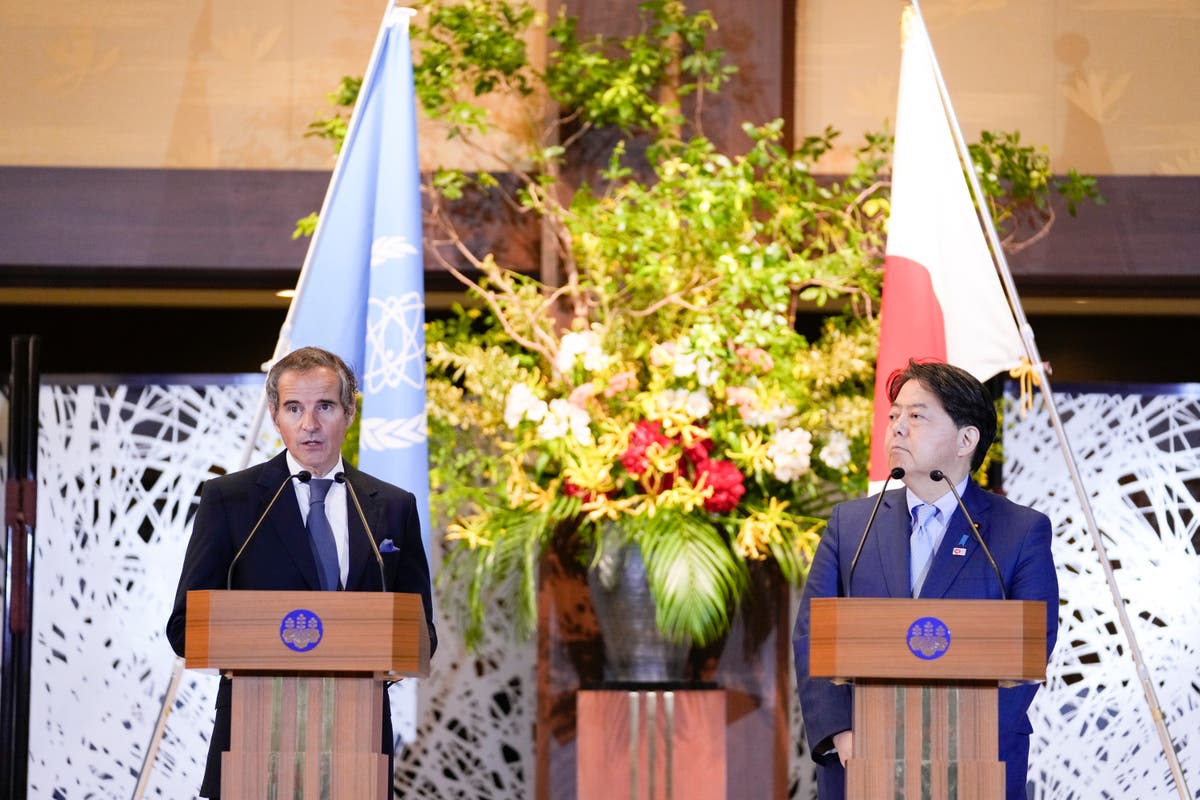 Japan to donate $2 million to IAEA for Ukrainian nuclear security

Japan announced on Thursday that it would donate 2 million euros ($2.1 million) to the International Atomic Energy Agency for its efforts to ensure the safety of Ukrainian nuclear facilities that have been attacked by Russia.

The IAEA sent experts to Ukraine’s Chernobyl nuclear power plant, site of the world’s worst nuclear accident in 1986, which was occupied by the Russian military for five weeks, and to another plant in southern Ukraine .

Grossi, who led both missions, said earlier this week that the IAEA planned to send another security mission to Chernobyl in the coming weeks at the request of the Ukrainian government.

Hayashi said Japan was funding “the urgent dispatch of IAEA experts and necessary equipment” to the Ukrainian facilities.

Japan quickly joined the United States and Europe in imposing sanctions on Russia, while providing financial and humanitarian support to Ukraine, in part because it feared that the invasion of Moscow embolden China’s growing assertiveness in East Asia.

Grossi, who took a two-hour tour of the Fukushima Daiichi complex earlier on Thursday, hailed its “remarkable progress” since two years ago when he last visited the plant, despite the difficulties caused by the pandemic.

He toured plant facilities related to its planned discharge of treated radioactive water into the sea and reiterated the IAEA’s commitment to provide long-term support to Japan to ensure the discharge meets safety standards international organizations and reassure local communities and neighboring countries that express security concerns.

Japanese nuclear regulators on Wednesday approved the water release plan submitted by the plant’s operator, Tokyo Electric Power Company Holdings, saying the methods are safe and the risks to the environment are minimal.

Japan announced last year its intention to discharge wastewater after treatment and dilution from next year, a necessary step for the dismantling of the plant. The water used to cool the damaged cores of three reactors continually leaks and is stored in hundreds of tanks.

China has been a vocal critic of the water release plan. Foreign Ministry spokesman Zhao Lijian on Thursday called the plan a “selfish act” and “unacceptable”.

Zhao said Japan should “find an appropriate way to dispose of radiation-contaminated water, rather than clinging and pushing through the ocean discharge plan.”