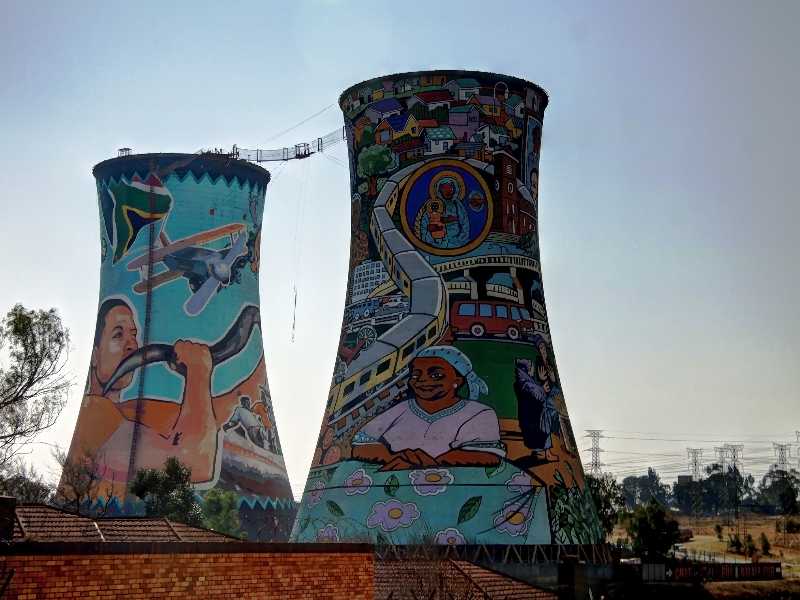 Lessons for South Africa from the global energy crisis

The current geopolitical conflict in Eastern Europe has caused energy costs to rise sharply in Western Europe as fossil fuel supply lines are cut. China, India, the United States, East Asia and some countries in the European Union are now mining and burning more coal to make up for the shortage of natural gas.

However, this has had a negative environmental impact, making South Africa one of the world’s largest emitters of CO2 and being responsible for over 90% of Africa’s total CO2 emissions.

The rising cost of fossil fuels alone is having a catastrophic impact on global economies. The global impact of these factors is already being felt. According to data provided by Eskom in April, the company burned 48.5 million liters of diesel for R626 million, operating open cycle gas turbine power plants to meet peak electricity demand this month. -the.

This volume of diesel is enough to fill the tanks of 1,077,777 Volkswagen Polo or 606,250 Toyota Hilux bakkies. Based on these amounts, Eskom paid around R12.91 per liter of diesel. Current diesel prices in South Africa have already reached R23 per litre.

World history shows that renewables have done very little to diversify Europe’s overreliance on fossil fuels. Germany currently depends on Russia for gas to back up its renewables and is among the EU members with the most renewable energy capacity despite not having produced a single watt of solar power. since the start of 2022. As South Africa has no gas as a source of domestic resource, this means that it would have to rely on Mozambique or global markets, which as the situation has shown, is incredibly risky.

Since last week, South Africans have been subjected to devastating Level 6 load shedding (or more, if the truth is to be believed, with power outages of up to 8 hours a day). This continuous interruption of electricity constantly poses a serious threat to the South African economy.

Several power plants failed and contributed to the blackout. Some were offline due to planned maintenance, but the southern African country is suffering a loss of generation capacity of 16,307 MW due to outages. It has been estimated that in 2020, load shedding cost the South African economy R500 million per stage per day.

Did you read?
Op-ed: Who said nuclear power plants were inherently dangerous?

Mainstream climate activists joined anti-nuclear lobbyists who lumped fossil fuels together with nuclear as bad for the environment. Despite the empirical/statistical evidence that shows that per kWh produced, nuclear is one of the safest energy sources the world has ever known. Nuclear power plants do not emit GHGs during their operation.

The main argument of the argument against is the issue of nuclear waste which lasts for thousands of years. A long debate ensued with major stakeholders with diametrically opposed opinions on whether nuclear should be classified as green. In February 2022, the European Commission declared nuclear and gas to be green, a decision which met with strong opposition from some members such as Germany and Austria, but was supported by France and France. ‘others.

In addition to the alarmist campaign against nuclear, another angle of attack was the costs associated with nuclear. While it is true that the construction costs of nuclear power plants are much higher than alternative energy sources, their lifespan is much longer and therefore the levelized cost of electricity is very low. Nuclear power plants are generally licensed for 40 years of operation and are subject to life extension thereafter to 80 years. Equipment subject to wear is replaced or refurbished.

Coupled with these upfront costs are the long lead times for large-scale factories. This challenge is being addressed by the introduction of Small Modular Reactors (SMRs) which are seen as the “plug and play” answer in the nuclear industry. This dramatically reduces turnaround times as most of the construction is done in factories, increasing quality control systems. These were compared to airline planes built by Boeing or Airbus and put into service around the world. They can work for long periods of 10 to 15 years without a break. Once this period is over, SMR requires upgrading and recharging, and another nuclear power plant can be easily moved in its place.

Did you read?
What you need to know about SMRs

The global energy crisis is a wake-up call for many countries that were hesitant to include nuclear as an important part of their energy mix. The United Kingdom and France have announced major nuclear expansion. The Indians, Russians and Chinese were already big on nuclear. Other countries that were considering phasing out nuclear power, such as South Korea and Belgium, have reversed their decision.

Many African and other developing countries have big plans to take care of their energy with the introduction and development of nuclear power generation. The Egyptian Nuclear and Radiological Regulatory Authority (ENRRA) has issued a construction permit to the National Nuclear Power Plants Authority for Unit 1 of the planned four-unit nuclear power plant at El Dabaa. This will put Egypt in an advantageous position with regard to the stature of the IAEA and also the position occupied in the United Nations Security Council, with South Africa becoming the second on the continent behind Egypt in terms of presence. geopolitics. ESI

US produces more wind, solar than nuclear for first time