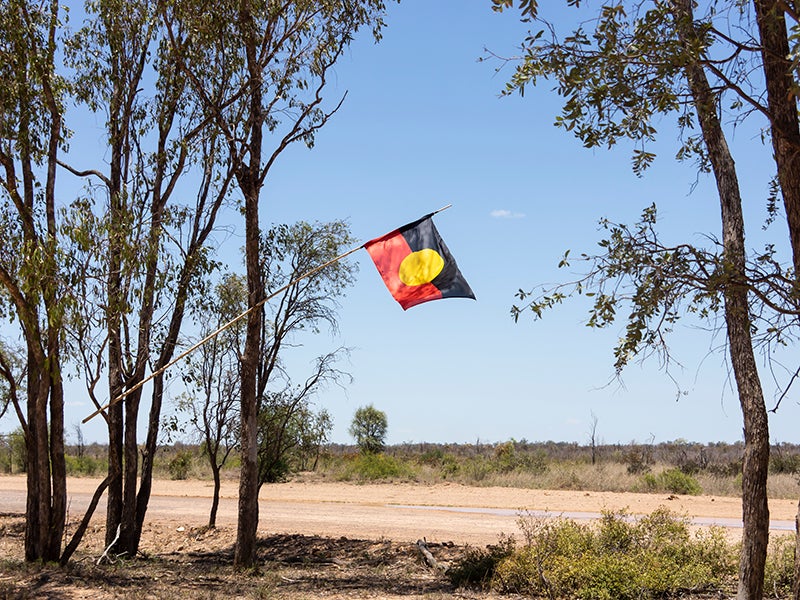 Lessons not learned: Western Australia in conflict with Indigenous rights

Rio Tinto’s destruction of ancient rock shelters in the Juukan Gorge in the Hamersley Ranges in the Pilbara region of Western Australia (WA) – a site of great cultural sensitivity for the local Aboriginal community – has caused a widespread outrage. It has also sparked calls to rethink within the state how miners should operate on tribal lands.

Prior to the destruction of the gorge, residents of Puutu Kunti Kurrama and Pinikura (PKKP) had made a number of submissions to Rio Tinto. They hoped to avoid work on the site, but their protests were ignored and the cave was blasted as part of Rio Tinto’s Brockman 4 mine expansion.

Amid widespread public outcry, Rio Tinto later apologized to the peoples of the PKKP for destroying the caves and causing distress. A Joint Parliamentary Committee on Northern Australia launched an inquiry into the Juukan Gorge case in 2020, and its final report strongly criticized Rio Tinto’s cultural heritage and culture management systems as inadequate.

Yet forward-thinking reports like these have been countered by new mining licenses that have raised alarm bells in First Nations communities, raising the question of whether lessons have been learned from the disaster of Juukan Gorge.

Following the investigation, Rio Tinto supported the Commonwealth Cultural Heritage Protection Act reform process. It was a move that saw him break ranks with the WA Chamber of Minerals and Energy; Last December, the WA Legislative Council in Perth passed an Aboriginal Heritage Bill that is widely seen as putting the interests of mining companies above the wishes of traditional owners.

The new law ensures that mining companies can still damage or destroy sacred Aboriginal sites. In any decision of the Minister of Indigenous Affairs regarding potential damage or destruction of heritage sites, non-Indigenous “proponents” — namely mining companies and developers — can appeal if the outcome is not in their favour. Aboriginal groups, however, do not have this right of appeal if the minister rules against them.

The imbalances here are evident, and in September 2021 First Nations in Western Australia formally approached the UN Committee on the Elimination of Racial Discrimination.

The Australasian Center for Corporate Responsibility (ACCR) has welcomed Rio Tinto’s decision against the Aboriginal Heritage Bill. The center opposes the Heritage Protection Act on the grounds that it is “unnecessary duplication”, alongside its unbalanced conditions.

“By breaking ranks with the WA Chamber of Minerals and supporting the Commonwealth Cultural Heritage Act reform process, Rio Tinto has demonstrated positive industry leadership of a kind we have not seen of the mining industry in First Nations affairs for more than a decade,” said James Fitzgerald, legal counsel at the CVCA. “Rio Tinto’s support is an important first step towards addressing the identified regulatory failures revealed by the destruction of the Juukan Gorge caves.

“It signals to First Nations Australians as well as current and potential host communities around the world that the company is genuinely trying to improve its culture, outlook and social performance. Proof of this will be in Rio’s support Tinto to the final package of amendments later this year.

It’s a challenge that many First Nations groups and environmental lobbyists believe the mining industry would do well to address. During last year’s debate on the WA Cultural Heritage Act 2021, WA’s big miners including: Rio Tinto, BHP and FMG were widely accused of remaining silent.

As Fitzgerald puts it, “it is time that other mining companies follow Rio Tinto’s example and support the process of reforming the Commonwealth’s Cultural Heritage Protection Act”.

While it’s still too early to be definitive, the outcome of the May 21 federal election, which saw a Labor government under President Anthony Albanese for the first time in a decade, could still provide a boost to the hopes of environmentalists nationwide. . Labor has pledged to create an independent environmental protection agency in a bid to restore “confidence” in the sector.

Work has also pledged to pursue the World Heritage listing of sites such as Murujuga in northern Western Australia and the Flinders Ranges, and if the party sticks to those pledges, it could help set a precedent for protection more proactive First Nations in WA.

Meanwhile, the outcome of protests over the development of a uranium mine project at Yeelirrie, near Wiluna in the northern Goldfields, could indicate the way the wind is blowing. Yeelirrie is the site of Australia’s largest uranium deposit, which Canadian firm Cameco Corporation spent $430 million ($617 million) to acquire in 2012.

But earlier this year approval for the project lapsed due to a failure to start work, and in April WA Environment Minister Reece Whitby rejected the company’s request for an extension. approval. The move came as a relief to traditional owners and conservationists who had spent 50 years campaigning against the project. Cameco said it also had a similar application for its Kintyre project in the spilled Pilbara.

The exploitation of uranium in doubt

However, the jubilation aroused by the refusal of the extension of the environmental authorization of the deposit could still prove to be short-lived. Cameco has since confirmed that it remains committed to the long-term prospect of mining the ore in WA. In an interview with the ABC, communications director Jeff Hryhoriw said, “Cameco remains committed to the project, the future development of which remains dependent on further improvement in the uranium market commensurate with the level of investment that would be needed to move it forward. ”

He argued that uranium could provide an opportunity for cleaner energy, if the state was willing to seize it. “As a carbon-free baseload source of electricity, nuclear power is proving increasingly important as countries and companies around the world commit to ambitious net-zero emissions goals,” he said. said Hryhoriw, highlighting the potential environmental benefits of uranium mining. “What potential role Western Australia could play in this remains to be seen.”

This is particularly important given Australia’s role in the global uranium industry, exporting 7,000 tonnes a year from its two producing mines, representing 10% of the global total.

Meanwhile, work at the Mulga Rock mine, also in the Goldfields area, is advancing with a proposed A$944 million ($658 million) merger between mining companies Vimy Resources and Deep Yellow expected to be approved. .

The Mulga Rock mine is expected to produce an additional 1,500 tonnes of uranium per year, valued at 300 million Australian dollars ($209 million). The mine won environmental approval from the former Liberal National Government before the ban, along with three other projects, approval with which Labor said they would not interfere

Deep Yellow chief executive John Borshoff is the proposed chief executive of the merged group, and his potential appointment has caused some concern within the Australian Conservation Foundation. His nuclear policy analyst, Dave Sweeney, has expressed concern about governance issues at projects in Malawi and Namibia, operated by mining company Paladin Energy, when Borshoff was one of Paladin’s senior executives, a situation which threatens to undermine much of the positive work done in the wake of the Juukan Gorge disaster.

For his part, Borshoff described the Juukan Gorge incident as a “terrible disaster” that underscored the importance of heritage management, community relations, and environmental and social governance (ESG). “Community relations and ESG are central to all of our strategic decisions at Deep Yellow and we see ourselves as an industry leader when it comes to driving positive change and impact in the communities in which we operate” , he said in a statement.

But there is a native title claim to the site of the planned uranium mine in WA’s central desert and Upurli Upurli Nguratja Native Title Debbie Carmody said Vimy has not met with the group since the claim was filed in 2020. “We are concerned that the work they have done there is damaging our cultural heritage. It is actually destroying important habitat for the endangered dunnart dunnart, and we are concerned about the long-term legacy of radioactive residues,” she said.

This could well prove to be a pivotal year for Australia’s mining sector and the Indigenous peoples on whose lands they operate.

GlobalData exists to help businesses decode the future to benefit from faster and more informed decisions.