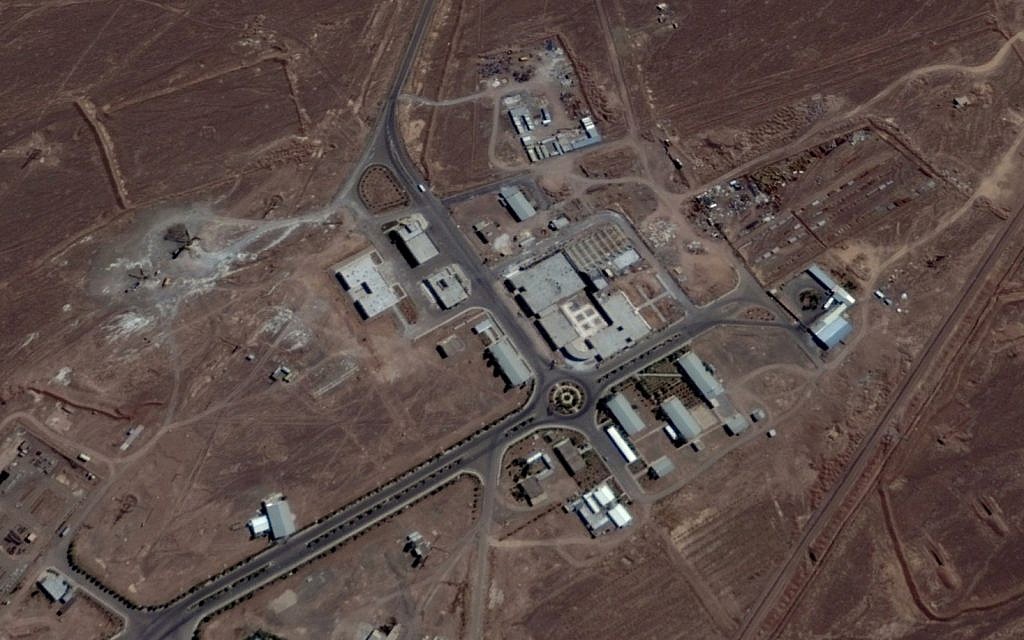 The US decision to ease sanctions on Iran on Friday includes six clauses that now allow foreign countries and companies from Russia, China and Europe to cooperate with non-military parts of Iran’s nuclear program, according to multiple reports.

According to a State Department advisory quoted by Reuters and the daily Haaretz, the clauses included permission to modify Iran’s Fordo facility into a research center for the production of stable radioactive isotopes – used for medical – with Russia.

Britain and China can now help Iran upgrade its Arak heavy-water reactor to a light-water reactor, according to reports. A light water reactor, like the one Iran has at Bushehr, is used to generate electricity.

As originally designed, the Arak reactor could have produced substantial quantities of plutonium, a material that could be used as the fissile core of a nuclear weapon.

The waiver also allows Russian supply of nuclear fuel to Tehran’s research reactor and Bushehr nuclear power plant, as well as the export of excess heavy water if Iran exceeds the 130-metric-ton limit under the deal. of 2015.

Heavy water contains high concentrations of deuterium, an isotope of hydrogen, and is used to produce plutonium, an alternative to uranium for making atomic weapons.

Finally, reports indicate that the sanctions relief allows Iran to receive yellowcake from Russia, a precursor to enriched uranium. Yellowcake is produced by extracting uranium ore from rocks and separating the uranium from the rocks by bathing them in acid. The yellowcake can then be processed, enriched to increase its purity, and then used for weapons or energy production.

The Trump administration had ended so-called “civ-nuke” waivers in May 2020 as part of its “maximum pressure” campaign against Iran that began when Trump withdrew the United States from the deal. in 2018, complaining that it was the worst diplomatic deal ever negotiated and gave Iran a path to develop the bomb.

As presidential candidate, Joe Biden made the U.S. return to the nuclear deal a priority, and his administration pursued that goal, but there has been little obvious progress toward that end since he took office a year ago. Administration officials said the waivers were being reinstated to help move the Vienna negotiations forward.

“The waiver regarding these activities is designed to facilitate discussions that would help reach an agreement on a mutual return to full implementation of the JCPOA and lay the foundation for Iran’s return to implementing its JCPOA commitments.” , the State Department said in a notice to Congress announcing the move, referring to the 2015 agreement, officially called the Joint Comprehensive Plan of Action.

Israel did not immediately respond officially to the announcement, but sources involved in the matter told Haaretz that the sanctions relief was only a technical step and did not signal progress in the nuclear talks in Israel. Vienna.

Iran’s foreign minister on Saturday welcomed the relief from US sanctions, but said the move was “insufficient”.

Critics of the nuclear deal who pressured former US President Donald Trump to pull out have protested, arguing that even if the Biden administration wants to go back to the 2015 deal, it should at least least demand certain concessions from Iran before granting sanctions relief.

The climate crisis and responsible journalism

As an environmental reporter for The Times of Israel, I try to convey the facts and science behind climate change and environmental degradation, explain – and critique – official policies affecting our future, and describe the Israeli technologies that can be part of the solution.

I am passionate about the natural world and discouraged by the dismal lack of awareness of environmental issues shown by most of the public and politicians in Israel.

I am proud to do my part to keep The Times of Israel readers properly informed on this vital subject – which can and does lead to policy change.

Your support, through your membership in The Times of Israel community, allows us to continue our important work. Would you like to join our community today?

Join the Times of Israel community Join our community Already a member? Log in to stop seeing this

Are you serious. We appreciate that!


We’re really glad you read X Articles from The Times of Israel over the past month.

That’s why we come to work every day – to provide discerning readers like you with unmissable coverage of Israel and the Jewish world.

So now we have a request. Unlike other media, we don’t have a paywall in place. But since the journalism we do is expensive, we invite readers to whom The Times of Israel has become important to support our work by joining The Times of Israel community.

For just $6 a month, you can help support our quality journalism while benefiting from The Times of Israel WITHOUT ADVERTISINGas well as access to exclusive content available only to members of the Times of Israel community.