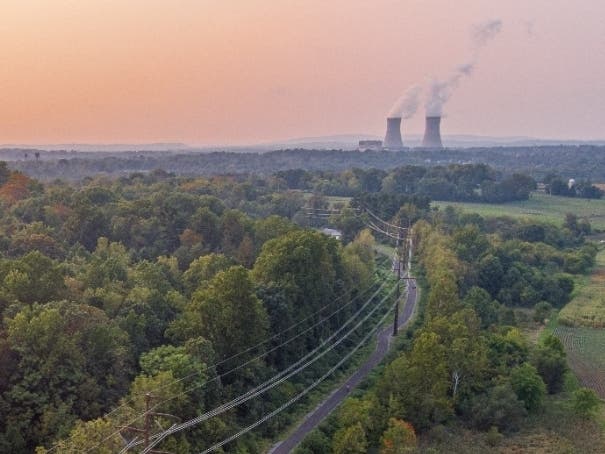 This story was updated Monday at 4:30 p.m. with information from Exelon.

TOWNSHIP OF LIMERICK, PA – The high pressure coolant injection system at Exelon’s Limerick Power Plant was reported inoperative to the Nuclear Regulatory Commission on Thursday, and on Monday afternoon, Exelon reported that all related systems were again fully operational.

News of what the company called an “event” caught on social media over the weekend, leaving residents near the Pottstown area nuclear power plant wondering exactly what a system means. high pressure coolant injection unusable and how dangerous it could be.

Edwyn Lyman, director of nuclear energy safety at the Union of Concerned Scientists, tweeted on September 24: â€œThe Limerick-1 nuclear reactor in Pennsylvania is operating without an emergency high-pressure core cooling system after failed a surveillance test. @NRCgov will allow it to operate for up to 30 days in this state, which is 16 days longer than technical specifications allow. “

When asked when an update will arrive, Lyman replied, â€œYou are unlikely to get an update until the system is fixed. You can try to contact @NRCgov but they will just tell you that the increased risk is “acceptable”. “

Dave Marcheskie, regional communications director, Exelon Generation, explained in a statement Monday afternoon what happened in the reported event. â€œThe Limerick plant is equipped with several redundant and diverse automated security systems. During a test scheduled for September 23, operators determined that one of three automated systems controlling cooling water pressure was not operating automatically. The other two systems worked automatically. , and the third system was scheduled for repairs and could have been operated manually. “

Lyman’s Tweet is confirmed in a September 23 NRC report posted on the US government website for the Nuclear Regulatory Commission.

The report to the NRC indicates that the “event” occurred on September 23 at 2:43 p.m., that it was not an emergency and that the response to the event fell under “accident mitigation” . The NRC was notified four hours after the event, at 6:46 p.m. Thursday, according to the report.

The Limerick plant report said: â€œDuring the planned tests of the High Pressure Coolant Injection (HPCI) system of Unit 1, oscillations of the flow controller occurred, which caused the flow controller to oscillate. prevented the success of the surveillance test. The operators secured unit 1 HPCI and declared the system inoperative. ”

The unusable HPCI “placed the licensee (Limerick plant) under a 14-day operating limit condition which was extended to 30 days after the risk-informed completion time assessment. The licensee informed the NRC resident inspector, “according to the report. noted.

The event was reported by Kris Strasser. The OPS HQ officer was Howie Crouch, according to the report. Although this report represents the company that reported an incident to the NRC, the Nuclear Regulatory Commission does not yet submit a record of its own inspection of the event. The most recent inspection report filed by the NRC is dated August 20.

A safety fact sheet published by Exelon in 2011 explains that the Limerick plant is a two-unit General Electric boiling water reactor with a steel-clad concrete containment structure; it is cooled by natural draft cooling towers. The main source of cooling water for Limerick is provided by the Schuylkill River.

What does that even mean?

So what goes on inside a boiling water nuclear reactor (BWR) that might explain what the reported inoperability of a high pressure coolant injection system means?

A diagram released by the Nuclear Regulatory Commission explains that inside the nuclear reactor system, water is converted to steam, then recycled back to water through a part called a condenser, to be reused in the thermal process.

â€œAs radioactive material can be dangerous, nuclear power plants have numerous safety systems to protect workers, the public and the environment,â€ the NRC page said. “These safety systems include rapid reactor shutdown and shutdown of the fission process, systems to cool the reactor and remove heat from it, and barriers to contain radioactivity and prevent it from seeding. escape into the environment. Radioactive materials, if not used properly, can damage human cells or even cause cancer over long periods of time. “

With this useful information, a better explanation could be an animated diagram of the process which can be viewed here.

With the renewal of the license, units 1 and 2 of the Limerick plant will be able to continue operating until 2044 and 2049.

Nuclear power plants in the United States are licensed to operate for 40 years at a time under the Atomic Energy Act of 1954.

The Limerick plant employs around 860 people. Exelon’s website reminds the community, â€œWe have been a part of the Pottstown community for decades, providing hundreds of well-paying jobs and millions of dollars in economic support, including approximately $ 5.3 million in taxes per year for schools, roads and other utilities. . “

This Patch reporter previously worked reading hundreds of NRC inspection reports as part of a month-long editorial project related to the 30th anniversary of the March 1979 crash at Three Mile Island. She found that the majority of code violations identified by NRC inspectors at nuclear power plants were classified as “of very low safety importance”, as is likely the case in the “event” of 23 September which was reported as “non-urgent”.

In the absence of an imminently event-related disaster, the results are rated â€œGreenâ€, the lowest on a color scale. White is next on the hazard scale, representing “low to moderate risk”. Yellow means the security risk is “substantial” and red, of course, means “high”. Yellow or red notes rarely occur.

The Nuclear Regulatory Commission defines two emergency planning zones around nuclear power plants: an area of â€‹â€‹plume exposure pathway with a radius of, primarily concerned with exposure and inhalation of radioactive contamination suspended in the air, and an area of â€‹â€‹approximately ingestion pathway, primarily concerned with the ingestion of food and liquids contaminated with radioactivity.

A map and the Pennsylvania Emergency Management (PEMA) evacuation plan can be viewed here.

On September 7, after the Schuylkill River and its tributaries flooded in the fallout from Hurricane Ida in eastern Pennsylvania, residents near four PA nuclear power plants were able to retrieve pills from potassium iodide in public places. Potassium iodide, or KI, helps protect the thyroid gland from harmful radioactive iodine and can be taken by anyone who is not allergic to it. In the interest of emergency preparedness, the Pennsylvania Department of Health distributed free KI tablets on September 9 and 16.

The tablets are available to all Pennsylvanians who live or work within 10 miles of the four active nuclear power plants by visiting a distribution center listed below, calling the Department of Health at 1-877-PA-HEALTH, or by visiting a county and a municipality. state health department or center.

Make sure you know what’s going on in your city. Sign up to receive Patch emails and never miss any local news: https://patch.com/subscribe.