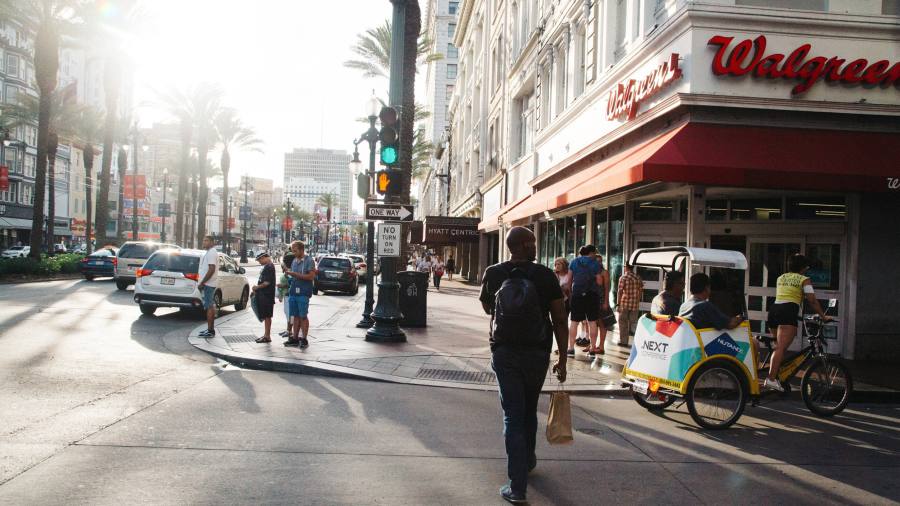 Live Updates: US Consumer Spending Decreased Even as Inflation Declines

The widely tracked consumer confidence index in a University of Michigan survey reached a final reading of 58.2 in August. That was up from the preliminary reading of 55.1 and beat economists’ expectations for a revision to 55.2, according to the Refinitiv poll.

The median inflation rate expected for the coming year fell to 4.8% from 5.2% in July, marking its lowest level in eight months.

“Sentiment gains were observed across age, education, income, region and political affiliation, and can be attributed to the recent deceleration in inflation,” Joanne said. Hsu, an economist at the University of Michigan, in a statement Friday.

While August showed improvement, sentiment is still historically low and down 17% from a year ago when the reading was 70.3.

The Michigan survey’s Consumer Expectations Index also jumped to 58 from 47.3 in July.

Personal financial expectations rose 12% from July as low-income consumers saw strong gains. “Their sentiment is now even overtaking that of high-income consumers, when it generally lags behind,” Hsu said.

While the drop in gasoline prices has helped moderate inflation expectations, a further upturn is not expected.