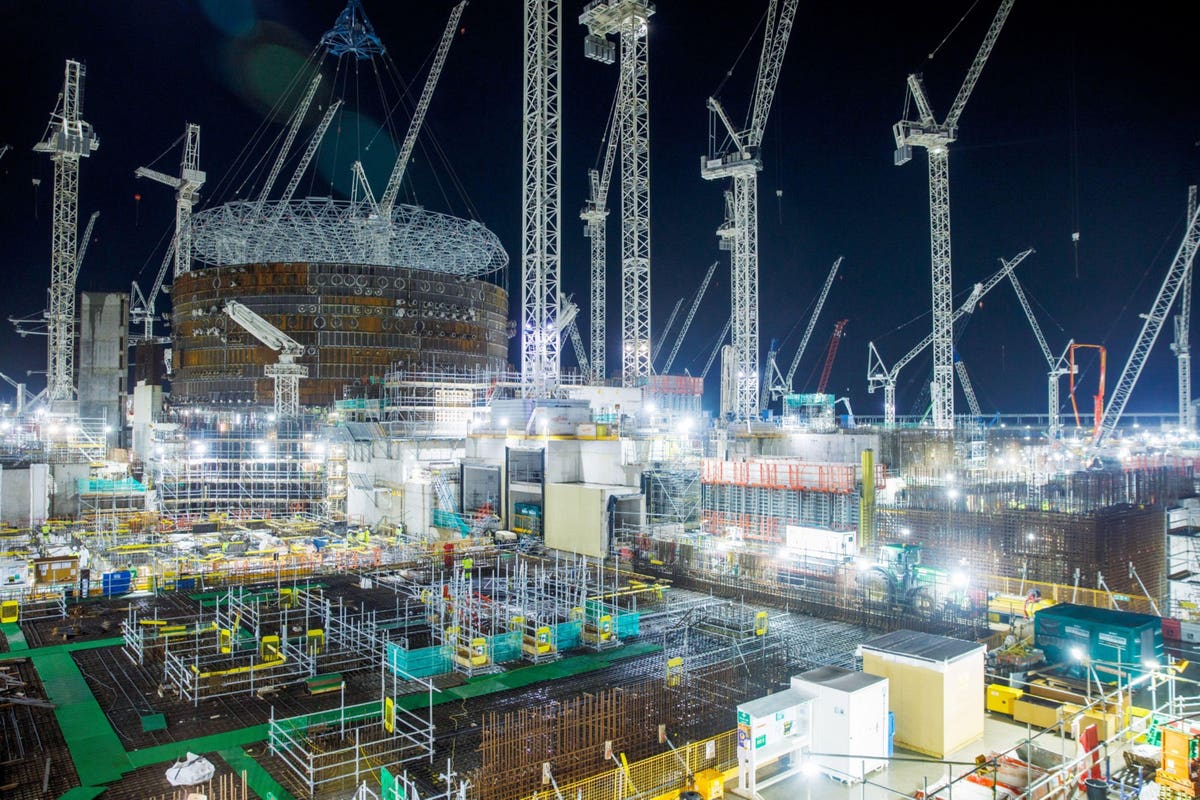 More nuclear power is not needed. So why do governments keep praising it?

It is an almost universally recognized truth that in order to have any chance of limiting global warming, humanity must stop fossil fuels to generate electricity. But how do you do it?

In addition to using renewable energy sources, such as wind and solar, the UK government supports the use of nuclear power to accelerate the decarbonization of the country’s energy supply. Prime Minister Boris Johnson has always supported the development of “small reactors and advanced reactors», While last week the Minister of Energy, Clean Growth and Climate Change, Anne-Marie Trevelyan, declared: “While renewables like wind and solar will be an integral part of where our electricity comes from by 2050, they will still require a stable low-carbon base load from nuclear. “

The statement, presented as a statement of fact, has left some observers scratching their heads: Here is a UK government minister claiming that renewables would be always require nuclear energy to operate. Was it true? And why do politicians like to use the word “baseload” anyway?

“Base load is a concept used in traditional power systems,” Kang Li, professor of intelligent energy systems at Leeds University, told me. “The mass electrification of transport, industry and heat should weigh heavily on the functioning of electricity. One of the measures to meet the significant increase in demand for electricity, while smoothing out fluctuations in renewable energy production, is to develop a new nuclear power plant.

So, because the availability of wind and sun fluctuates, the government’s reasoning is that while the UK coal and gas turbines are shut down, nuclear power will be needed to provide a constant and stable source of electricity.

But many experts, including Steve Holliday, the former CEO of UK National Grid, say that notion is outdated. In a 2015 Holliday interview trashed the concept of base charge, arguing that in a modern and decentralized power system, the utility of large power plants had been reduced to cope with peaks in demand.

But even to that end, said Sarah J. Darby, associate professor of the energy program at the Environmental Change Institute at the University of Oxford, nuclear is of little use. “Nuclear power plants are particularly unsuitable for peaks in demand: they are so expensive to build that it makes no sense to use them only for short periods,” she explained. “Even though it was easy to adjust their production flexibly, which it is not, there does not appear to be a business case for nuclear, whether big, small,” advanced ” Or other.

In one white paper published in June, a team of researchers from Imperial College London found that the fastest and cheapest way to meet Britain’s energy needs by 2035 would be to dramatically increase construction of wind farms and energy storage, such as batteries. “If solar and / or nuclear power becomes considerably cheaper, more needs to be built, but there is no reason to build more nuclear power just because it’s ‘firm’ or ‘base load’ ‘”said Tim Green, co-director of Imperial’s Energy Future Lab. me. “Storage, demand management and international interconnection can all be used to manage wind variability. “

Another vital question concerns time. Due to well-documented safety and environmental concerns the surrounding ionizing radiation, planning and even building a small nuclear reactor takes many years. In 2007, Britain’s large nuclear power plant at Hinkley Point C was scheduled to be operational by 2017. “The estimated completion date is now 2026,” Darby noted. “And Hinkley C was using established technology. Given the nuclear industry’s record number of delays and overspending, the claim that “the latest nuclear technology will be operational within the next decade” is not convincing. “

That’s a problem, given that Britain needs to cut emissions by 78% by 2035 to stay on track with the Paris Agreement.

Indeed, according to the independent World Nuclear Industry Status Report, nuclear energy “does not meet any technical or operational need that low-carbon competitors cannot meet better, cheaper and faster. “

So if there is no need for more nuclear power, and it’s too expensive and too slow to do the job its supporters say it will do, why is the government so eager to support him ?

Andy Stirling, professor of science and technology policy at the University of Sussex, is convinced that the pressure to support nuclear power comes from another British commitment: defense. Specifically, the country’s nuclear submarine fleet.

“The United States and France have openly recognized this military justification for a new civilian nuclear build,” he told me. “British defense literature is also very clear on the same point. Maintaining civilian nuclear power, despite its high costs, helps channel taxpayer and consumer revenues into a shared infrastructure, without which support, military nuclear activities alone would become prohibitive.

It is not a conspiracy theory. In 2018, Stirling and his colleague Philip Johnstone published the results of their research on the “interdependencies between civilian and military nuclear infrastructure” in countries with nuclear capabilities. In the United States, a 2017 report from the Energy Futures Initiative, which includes testimony from former US Secretary of Energy Ernest Moniz in 2017, states: “A strong national supply chain is needed to meet nuclear needs of the Navy. This supply chain has an inherent and very strong overlap with the commercial nuclear energy sector and has a strong presence in states with commercial nuclear power plants ”

In the UK, bodies including the Nuclear Industry Council, a joint forum between the nuclear industry and government, have explicitly highlighted the overlap between the need for a civilian nuclear sector and the country’s submarine programs. And this week, Rolls-Royce, which builds the propulsion systems for the country’s nuclear submarines, announced it had secured some $ 292 million in funding to develop small modular reactors of the type touted by the Prime Minister.

In Stirling’s view, these relationships help explain “the otherwise serious conundrum of why official support should continue for new civilian nuclear build at a time when the energy record has become so blatantly weak.”

Stirling and other experts say the energy case for nuclear is weak because there are better, cheaper, and faster alternatives that are readily available.

“When there is too little wind and solar power, zero-emission generators that can flexibly and rapidly increase their output are needed,” said Mark Barrett, professor of energy and environmental systems modeling at the University College London. “It can be renewable energies, such as biogas, or generators using fuels made from renewable energies such as hydrogen. But unlike nuclear, these can be turned off when wind and solar are adequate. “

Indeed, Barrett pointed out, renewables are getting so cheap that energy surpluses won’t necessarily be so large.

“Renewable energy costs have fallen by 60-80% over the past decade and more are on the way, so it is cheaper to dump some renewable energy production than to store it, and predominantly renewable systems are less expensive than nuclear. Renewables can be built quickly: wind power in the UK has grown to 24% of total production, mostly in just 10 years. And of course, renewable energies do not create safety and waste issues.

Sarah Darby agreed, saying “a more flexible mix of energy efficiency, storage and demand has much more promise for reducing carbon emissions overall and for dealing with peaks and troughs in supply. in electricity ”.

“The UK flexibility services market already provides effective capacity equivalent to the company at the scale of a large nuclear reactor per year, at costs which are only a small fraction of the costs of nuclear power.” , Stirling told me. “With flexibility costs drastically decreasing – in batteries, other storage, electric vehicles, reactive demand, hydrogen production – the potential for future savings is enormous. “

“There is no predictable resource constraint on renewables or smart grids that makes the nuclear case almost credible,” he added. “That the UK government finds itself in a position to support such a blatantly flawed case, with so few serious questions, is a major problem for UK democracy. “

In the UK, the incumbent Conservative Party and the main opposition Labor Party are supporting the development of new and advanced nuclear reactors. I contacted Anne-Marie Trevelyan’s office, as well as the office of the fictitious Secretary of State for Labor for Business, Energy and Industrial Strategy, Edward Miliband, for comment, but none had responded to the time of publication.

Uranium cleanup could benefit New Mexico and the tribes