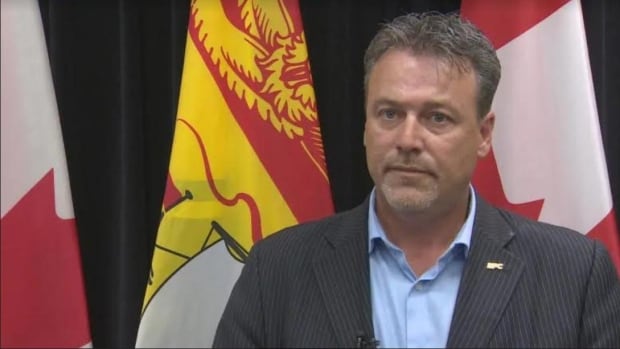 New Brunswick Energy Minister defends proposal to continue burning coal in the province beyond a federal deadline, saying this is the only way the province can meet gas targets greenhouse effect without having to build an expensive new power plant.

Mike Holland says the federal government’s 2030 deadline for phasing out coal does not give the government enough time to put in place alternatives such as small nuclear reactors.

â€œGive me a lead so we can put these things together,â€ Holland said. “Give me a little time and we’ll put these renewables and non-emitters in place.”

Even some of these options remain uncertain.

The province recently officially submitted draft regulations to Ottawa as the next step in negotiating a possible agreement to continue burning coal at NB Power’s Belledune Generating Station until 2040.

Under the proposal, the province would only use Belledune during the winter months. The province says this would allow the plant to emit the same cumulative total volume of greenhouse gases until 2040 that it would operate full time until 2030.

There is simply not enough time to find new sources of energy by 2030, Holland said.

â€œThe commitment is there to achieve this ultimate goal, but the trajectory must align with initiatives that we have already completed or are underway.

“We are confident that we can hit the target, but we need that lead. We need a lead.”

Without a so-called equivalency agreement, NB Power would have to build a new natural gas plant, an expense of $ 1.5 billion that should be passed on to taxpayers.

Although natural gas is cleaner than coal, it still emits greenhouse gases, which means that a new plant would be subject to carbon pricing and other climate policies.

The Belledune dilemma is not new, but every day that passes without a solution or without an agreement with Ottawa draws closer to the closure of the plant.

And the schedule is even more pressing in light of the federal government’s even more ambitious new greenhouse gas emissions targets.

They would require New Brunswick to reduce emissions from power generation to 54.2 cumulative megatonnes between 2021 and 2040.

Previously, the Ottawa modeling would have allowed a maximum of 63 megatonnes during those two decades.

The old requirement was 3.15 megatonnes per year. In 2019, the most recent year for which records are available, emissions from electricity generation in New Brunswick were 3.3 megatonnes, up from 3.7 in 2019.

Under the proposed regulations in Ottawa, the province would cap emissions at an average of 2.9 megatonnes per year by 2025, then to annual averages of 2.8, 2.4 and 2.3 megatonnes per five-year period. years thereafter.

Small modular nuclear reactors are another option to make up for lost production at Belledune.

But NB Power doesn’t expect it to produce as much electricity as Belledune until the mid-2030s, said Brad Coady, executive director of business development and utility strategic planning.

And it is not clear that there will be a viable business case for reactors.

â€œHistory doesn’t tell us that’s how it’s going to be, necessarily,â€ says Comeau, citing the huge debt NB Power has accumulated from the Point Lepreau plant.

“We need something that is affordable and reliable, and I try to keep an open mind, but I’m not convinced that will be the savior for them.”

In fact, to date, NB Power’s projections do not rely on any electricity from SMRs.

It expects to get more of the output from the Bayside natural gas production plant in Saint John, which it bought two years ago.

Bayside will reach the end of its natural design life in 2026, unless NB Power spends $ 144 million to extend it to 2038, according to the utility’s most recent Integrated Resource Plan.

This is factored into the projections as well, as is the plant’s downtime for its upgrade.

Another potential substitute is hydroelectric power that New Brunswick will import from Hydro-Quebec under an agreement signed last year.

The utility says in its 2020 Integrated Resource Plan that non-emitting solar and wind power presents “an interesting challenge” because it is weather dependent, making it “varied and largely unpredictable”.

In 2017, the province’s three largest wind farms operated at less than a third of their capacity for more than half of the year, according to the report.

Because conventional power plants cannot be easily turned on and off depending on the sun or the wind, “this highlights the challenges of balancing intermittent resources such as wind or solar,” he says.

Holland says reducing demand for electricity is another potential piece of the puzzle.

The province has already considered and rejected two other ideas for converting Belledune.

A new hydrogen technology would have been used, but it turned out to be flawed. A second would have seen the plant burn gas derived from an iron plant that would have been the largest emitter of greenhouse gases in the province.

New Brunswick emitted 12 megatonnes of greenhouse gases in 2019, 38% below 2005 levels, exceeding reductions set out in the Paris Climate Agreement.

But the province’s official reduction target in its climate change law is 10.7 megatonnes by 2030. That’s 47% below 2005 levels, which would exceed the new federal target. .