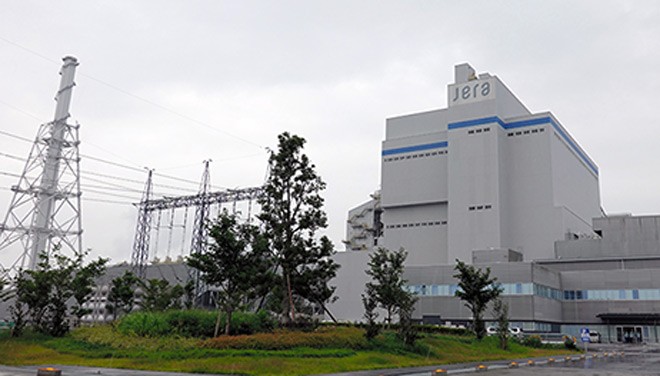 New coal-fired plant to start, even as Japan touts plans to decarbonize

A state-of-the-art coal-fired power plant soon to be commissioned in the seaside town of Taketoyo in Aichi Prefecture is expected to help alleviate Japan’s power shortage.

But the decision to fuel such a major carbon emitter as other major industrialized nations are pushing to decarbonise has been criticized as a step in the wrong direction.

Jera Co. announced on July 14 that it would commission Unit No. 5 of its Taketoyo thermal power plant on August 5.

The new unit has the highest level of power generation capacity among thermal power plants in Japan, with a maximum output of 1.07 gigawatts, which is almost the same as that of a nuclear reactor.

Masato Ishimura, head of the new power plant, said at a briefing held in Taketoyo on July 14 that it will “contribute significantly to the stable supply (of electricity)”.

The government has called on the public and businesses across the country to save electricity between July and September, the first such call in seven years.

In late June, he warned residents in areas served by Tokyo Electric Power Co. to conserve power as a precaution against power outages.

The electricity shortage is expected to become even more severe in winter.

One of the causes is the decline in the number of thermal power plants, which generate more than 70% of electricity in Japan.

Major electricity companies have suspended or shut down a series of aging or unprofitable thermal power stations.

According to the Ministry of Trade and Industry, thermal power plants with a total generating capacity of 18.52 gigawatts were shut down from fiscal year 2017 to fiscal year 2021.

The Taketoyo Thermal Power Plant produced electricity by burning fuel oil with three boilers. Jera finalized the construction plan for the new unit in 2015, then demolished the three aging units, built a new large unit over four years and finally tested it in January.

The coal-fired power plant will now emit 70% more CO2 per year than before.

Even though coal is cheaper, the thermal plant has been criticized for going against the government’s drive to decarbonize by 2050, as burning coal emits a huge amount of CO2.

The company was only able to begin construction of the new unit after announcing that 17% of its fuel would be woody biomass to reduce its CO2 emissions.

Around the same time, a series of new coal-fired power plants were given the green light to be built across Japan, as power companies struggled to determine when they could restart their nuclear plants.

This is not the only sign that Japan is lagging behind in efforts to become carbon neutral.

At the Group of Seven summit in Germany in June, European countries and Japan disagreed on whether their joint statement should make it clear when they will end coal-fired power generation.

The statement said they would phase out coal power, but it obviously didn’t set a date.

Although Japan has demolished its aging coal-fired power plants, it has not decided to phase them out altogether.

(This article was written by Hisashi Naito and Shiki Iwasawa.)