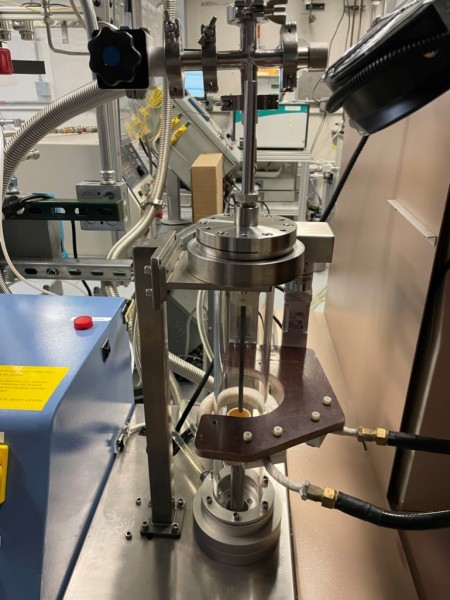 New collaboration with the University of Utah tackles nuclear waste

Newswise — It’s one of nuclear power’s most enduring questions: What about the waste? A new collaboration between Idaho National Laboratory and the University of Utah hopes to answer that question by making fuel recycling a reality for advanced reactors.

Contrary to how nuclear waste is portrayed in popular culture, the radioactive materials that come out of nuclear power plants are spent fuel rods – piles of metal-coated solid ceramic pellets that have been removed from a commercial nuclear reactor. . And although it is safely stored, much of this spent fuel still contains useful uranium-235 that could be used to make new fuel. Indeed, more than 90% of the potential energy remains in the fuel rods when they are withdrawn from a reactor.

Waste minimization is also on the minds of today’s advanced reactor companies. Many reactor designs in development use metallic fuels similar to those used in early nuclear reactors. And when INL researcher Tae-Sic Yoo reviewed historical data from early fuel tests, he noticed that heating metal fuel after it exited a reactor caused a natural separation between the useful material and unwanted waste. “They’re hard to mix, like oil and water,” Yoo said.

Yoo realized that this could be an excellent recycling method for advanced reactors, especially with advances in instrumentation and testing in the decades since this early research. Yoo and fellow INL researcher, Mason Childs, carried out initial tests on this concept in a research and development project led by an INL laboratory, which showed promising results in the separation fission products useful fuel materials. Now, Yoo and Childs will work with the University of Utah to further the process in hopes it might prove commercially viable for metal fuels.

The key to this reprocessing method is how the fuel is heated.

If you’ve ever used an induction cooker, you know it’s a quick and efficient way to heat cookware by generating a magnetic field at a specific frequency, instead of conducting heat through a heating element.

Using a specialized “refining zone” furnace that behaves similarly, Yoo and Childs can precisely control the heating to partially melt the fuel and allow unwanted elements to naturally separate from the uranium. useful. The small lab-scale furnace has already established significant proof of concept using uranium ingots as a substitute for spent fuel.

“We added impurities to the uranium to make it more similar to spent fuel, which is a significant challenge,” Childs said.

One of the most exciting benefits of this area refining technique is that it can separate useful uranium without the need for an extensive chemical process. Other reprocessing methods use materials like molten salts that require additional disposal and protections, producing more waste in the process. This area refining process could one day allow advanced reactors to reprocess fuel on-site, which could save time and money, and keep fuel in a safe place to minimize safety risks.

As part of the expanded three-year project awarded by the U.S. Department of Energy’s Advanced Research Projects Agency for Energy (ARPA-E), INL will partner with Michael Simpson of the Department of Science and of Materials Engineering at the University of Utah to purchase a second furnace that will allow the university to conduct its own tests and develop computer models to better understand and predict fuel behavior. It will also help researchers develop state-of-the-art instruments to more accurately measure conditions inside the furnace and to test other types of metallic fuels.

Determine the future of fuel

The team hopes the technique will continue to produce positive results as testing develops over the three-year life of the project. If the project continues beyond this period, longer-term goals include testing spent fuel, which requires additional safeguards for handling, and investigating the possibility of applying a modified technique to ceramic fuels. used in commercial reactors today.

“It’s an exciting chance to see if an old idea can help influence the reactors of the future,” Yoo said.