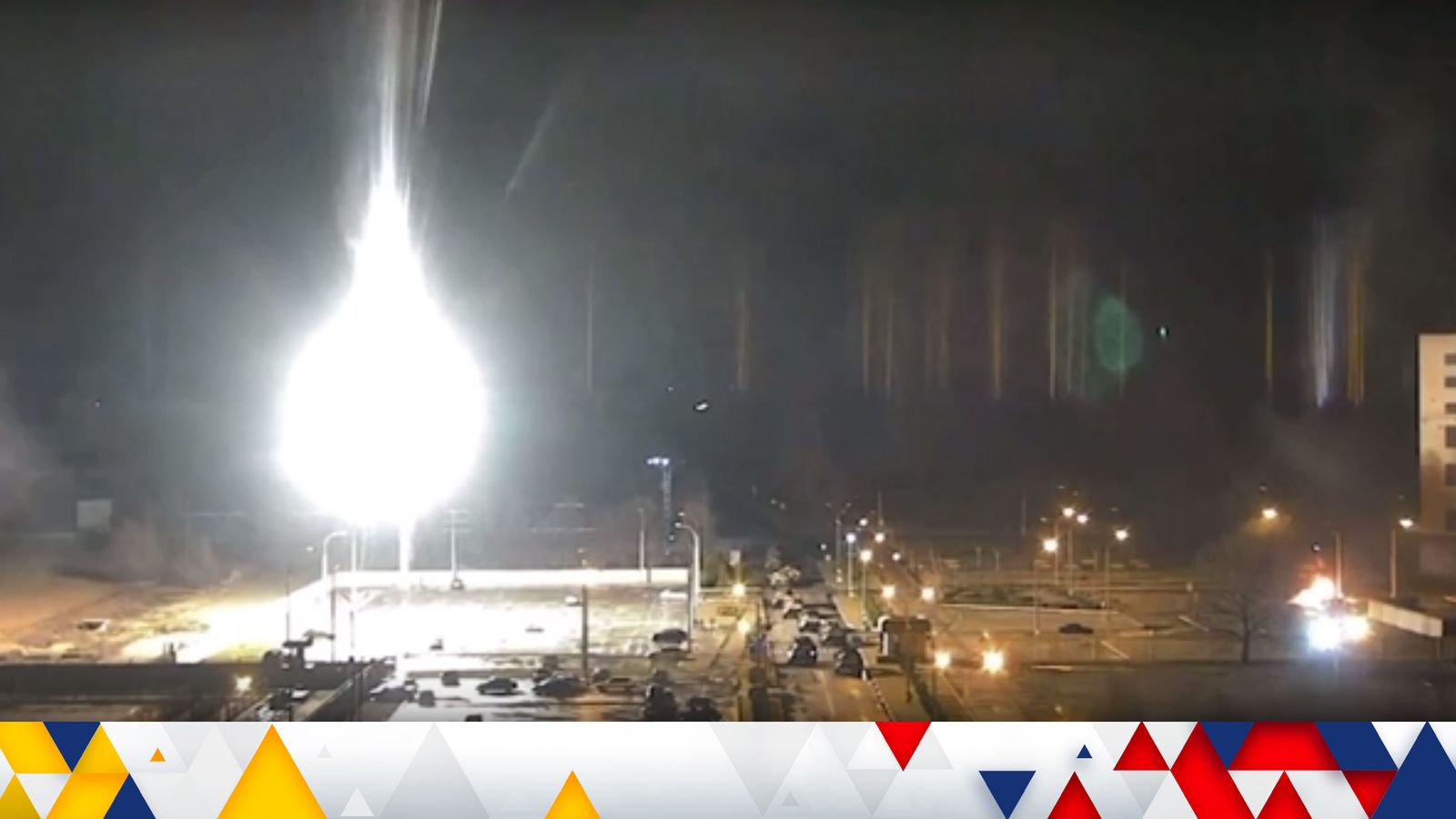 Dominic Raab speaks to Sky News this morning about the developing conflict between Russia and Ukraine.

Asked about the situation at the Zaporizhzhia nuclear power plant – which was set on fire by shelling overnight – Mr Raab said it was “at least clearly a reckless bombing”.

The Deputy Prime Minister added: “The fact that the Russians continued to bombard it after the fire and that the Ukrainian emergency rescue team tried to get there, makes it doubly reprehensible.”

Mr Raab was then asked if this attack could demonstrate Vladimir Putin’s ambition to start a nuclear war.

He said: “I think the way I would read it is that the early part of his campaign stuttered and stumbled, it wasn’t as effective.

“I think the Russians responded a lot that it wasn’t what they expected – it wasn’t what he sold. He said it would be a walk of the cake in Ukraine, which clearly did not happen.

Mr Raab added that the international community must “keep up the pressure” on Mr Putin, after an unprecedented series of sanctions.

When asked if he was concerned about Mr Putin’s state of mind, the Deputy Prime Minister replied: “I think it is clearly irrational”.

Mr Raab went on to insist that the UK would support Ukrainian President Volodymyr Zelenskyy “in every way possible”.