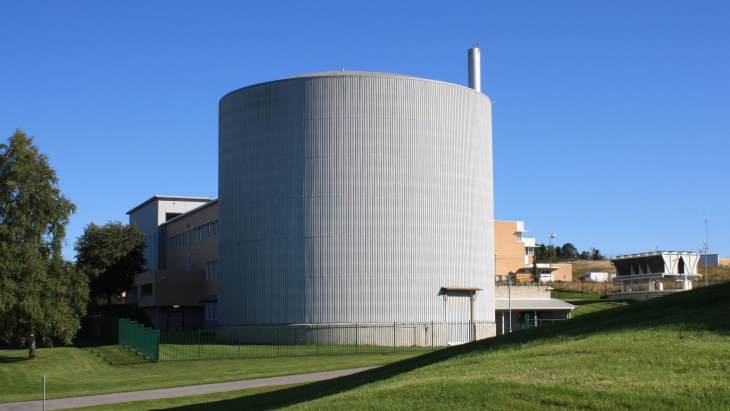 Norwegian research reactor fuel to be recycled in the UK: waste and recycling

The Norwegian Institute for Energy Technology (IFE) has signed a contract with the subsidiary of Westinghouse Springfields Fuels Limited for the transfer of 3 tonnes of unirradiated research reactor fuel to the UK for conversion into new fuel for use. in commercial nuclear power plants. Uranium fuel would otherwise have been treated as waste, stored and disposed of in Norway.

The JEEP-II research reactor at Kjeller, which closed in April 2019 (Image: IFE)

The IFE said the contract – signed on May 21 and valued at NOK 24 million (USD 2.9 million) – was part of the clean-up after 70 years of nuclear activity in Norway and helped significantly reduce the amount of nuclear waste left in the country. .

Before transporting the first batch of fuel, the necessary approval is required from the Norwegian Radiation Protection and Nuclear Safety Authority. In addition, authorization from the countries of origin for re-export must be obtained through the Ministry of Foreign Affairs. “These are time consuming processes, so we don’t expect to be able to start transport until 2022,” IFE said. “In total, the export will take about two years, and will be spread over six transports.”

Springfields will own the fuel when it arrives at its plant near Preston, Lancashire, UK. The fuel will be used as a raw material for the production of new nuclear fuel, which will be used in nuclear reactors.

“This deal is an important part of the cleanup after Norway’s nuclear activities and an important step forward in finding a solution for our nuclear materials,” said IFE CEO Nils Morten Huseby.

Norway’s two research reactors – the nuclear fuel and materials test reactor at Halden and the JEEP-II neutron scattering facility at Kjeller – were declared permanently closed in June 2018 and April 2019, respectively. In addition to research reactors, there are several other nuclear facilities that will be decommissioned and a wide range of nuclear waste that must be handled and disposed of safely. It is estimated that the clean-up activities will cost over NOK 21 billion and last at least 20 years.

Norwegian Nuclear Decommissioning (NND), established in 2018 as a government agency under the Ministry of Trade, Industry and Fisheries, is responsible for decommissioning research reactors and other related nuclear infrastructure. NND is also responsible for the safe handling, storage and disposal of nuclear waste in Norway.

Speaking about the contract with Springfields, Peter Bennett, project manager at IFE / NND, noted that storage and disposal of unirradiated uranium over a longer period poses some problems. “We are talking about a time horizon of over 100,000 years. If the material is to be stored for such a long time, other nuclides with a long half-life will start to form. It will therefore be more difficult to develop a safe and secure repository. solutions.

“Since the material is not irradiated and is not used, it is in fact a valuable resource for the nuclear power industry. The material is a raw material that can be used. used to make a new nuclear fuel. “

NND Chief Technology Officer Nils Bøhmer added: “For NND it is important to reduce the amount of radioactive material that we have to deal with in Norway. The fact that this uranium can now be used by Springfields will therefore be a step towards reducing our future clean-up costs. “