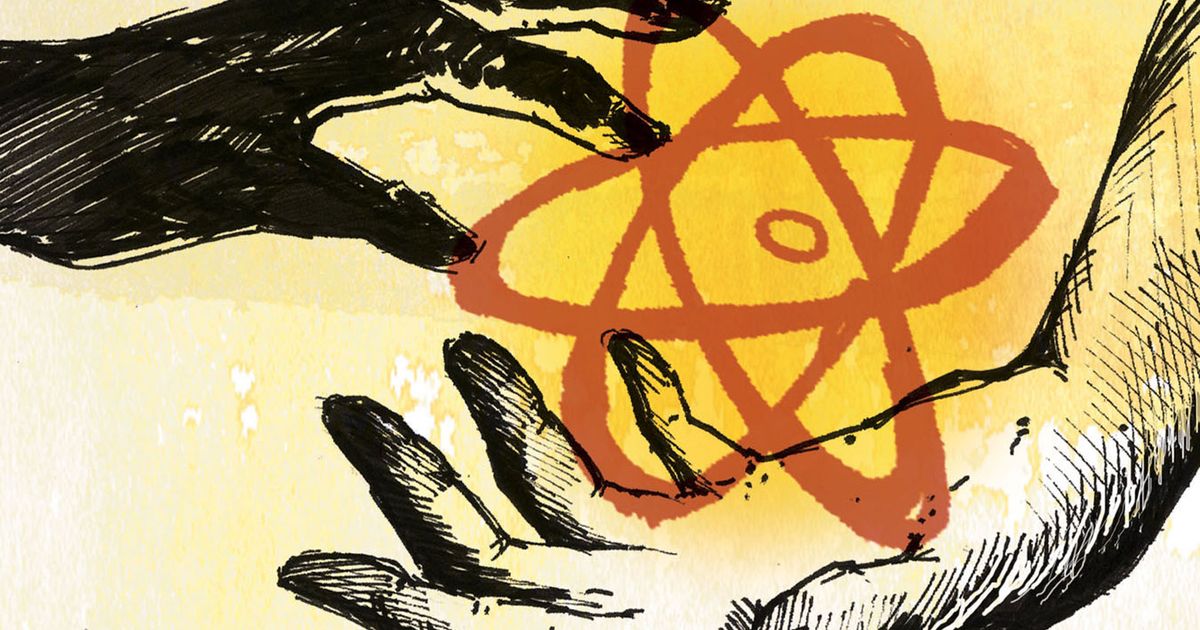 In September 1963, President John F. Kennedy stood behind a podium in front of more than 30,000 people in south-central Washington to inaugurate the most powerful fission plant of its time. “This is a partnership in a very real sense between the national government and the local community for the benefit of our country,” he said of the project in Hanford.

Last spring, nearly six decades after President Kennedy’s speech, that same podium was used a few steps away to announce a new partnership created to deploy the next generation of American nuclear technology.

This partnership between the advanced reactor developer X-energy; Energy Northwest, which operates nuclear, solar, storage, hydroelectric and wind facilities throughout the Northwest; and the Grant Public Utility District, which serves more than 40,000 customers in Grant County, central Washington, demonstrates a forward-looking new model of public-private collaboration for the future of clean energy innovation.

In collaboration with the US Department of Energy, as part of its pioneering advanced reactor demonstration program, the partnership will build and operate a gas-cooled “pebble bed” reactor, the first of its kind, at high temperature on American soil. Following a thorough safety review by the Nuclear Regulatory Commission of the technology and proposed site north of Tri-Cities – along with a rigorous environmental scan – permits could be issued in the middle of the decade, the new carbon-free electrons from the reactor arriving on the network in 2027. -2028.

The result is a high availability, reliable and flexible reactor that creates high temperature steam using nuclear power, pairing advantageously with other carbon-free partners on the region’s grid. Because it uses inert helium gas to transfer heat from the graphite fuel pebbles – instead of the water and standard fuel rods that most reactors use today – the X-energy plant requires fewer security systems and will be faster to license and build than traditional light water plants. nuclear reactors.

The reactor will be able to multitask: it will power thousands of homes in the Pacific Northwest with carbon-free energy, lay the groundwork for decades of exports to countries hungry for clean and reliable electricity, and will reaffirm the American leadership and innovation in the clean energy sector and strengthen our ability to compete with international competitors like Russia and China.

Advanced nuclear is the most affordable way to achieve our goal of a clean energy future. Energy Northwest released a study last year which found that adding “firm” or baseload capacity to the combination of other Pacific Northwest baseload and intermittent load sources would allow the region to ” save over $ 8 billion per year in a zero carbon system.

We echo the goals of industries, conservation partners and local governments in calling for a clean energy future rooted in U.S. energy leadership. The success of this mission will only be possible if nuclear energy is included as an essential principle in our nation’s energy strategy.

President Kennedy spoke of two forms of conservation 58 years ago when he opened a state-of-the-art nuclear power plant. He used the traditional meaning of the term, but also described it as the use of science and technology to make important breakthroughs that improve our environment and make our country a better place to live. His words still ring true today.

“We therefore use nuclear energy for peaceful and energetic purposes.”

Not only will American nuclear innovation benefit our interests, but the export of these national clean energy technologies will also benefit the international community, while securing America’s position and influence on the world stage.

Energy and Infrastructure Bill: How will it solve traffic jams and help nuclear and…

NASA seeks ideas for a nuclear reactor on the Moon